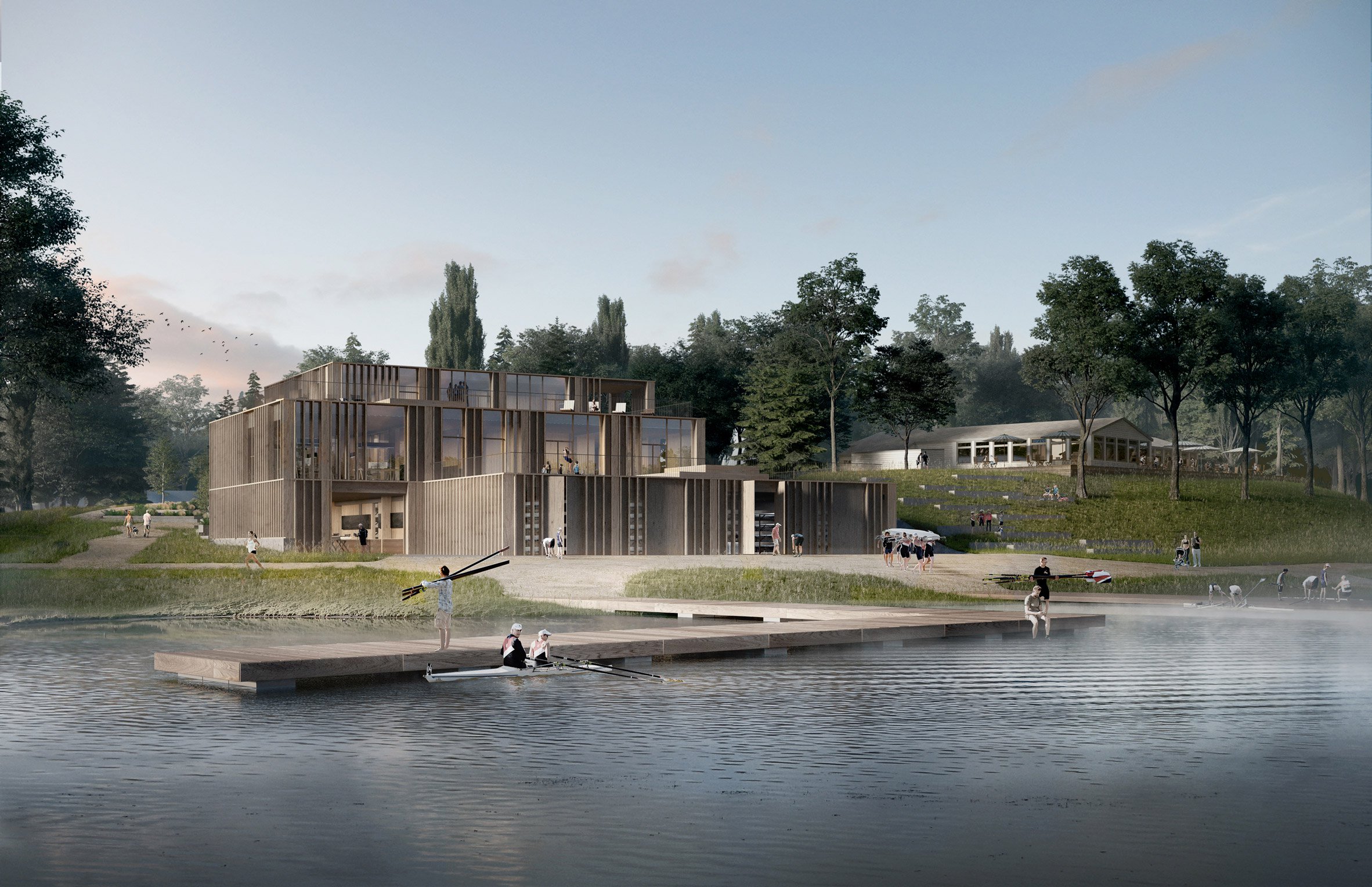 Danish studio AART has been selected to design Denmark’s national rowing stadium, with its designs for a tiered and timber-clad boathouse at Bagsværd Lake on the outskirts of Copenhagen.

AART‘s primary concern was creating a stadium that would blend seamlessly into its natural context. The aesthetic of the building follows that of the traditional villas surrounding the lake, with its wooden clad exterior and stepped form.

The stadium is designed to provide a gentle transition between the lake and forest, adapting to the natural gradient of the site.

The Danish architects also wanted to create a national rowing stadium that was accessible to both elite athletes and the general public.

This was achieved using a close interplay between key spaces such as the foyer, terrace and boat hall, in a bid to enhancing a sense of community with the surroundings.

The large, light-filled foyer, with views overlooking the lake, will act as a communal space for people to meet and engage while deliberately placed nooks and crannies allow for moments of contemplation.

The materiality has also been carefully considered, with a sturdy concrete frame designed to reflect the utilitarian nature of the sport and cedar cladding used to integrate the centre with the surrounding landscape.

A referee tower, also clad in cedar, will be a sculptural addition to the rowing stadium, providing a landmark that can be seen from the lake.

“Denmark’s Rowing Stadium at Bagsværd Lake fulfils the vision of creating a rowing stadium in an international league of its own,” said the architects. “Beautifully situated with water and forest on all sides, it is a place that accommodates both the elite and the broader public.”

‘It shows that sport – for the elite and the public – is not just about strength and stamina, but also social well-being and mental health,” they added. “It is about the whole person, and that is precisely the starting point for the new national rowing stadium that, as a broadly inclusive framework in everyday life, helps to enhance the performance of the individual athlete.”

The national rowing stadium is the second competition to be featured by the nordic firm on Dezeen. In 2016 the firm successfully presented a scheme to extend a Viking Age Museum in Oslo by designing a new curving win to the cruciform plan.