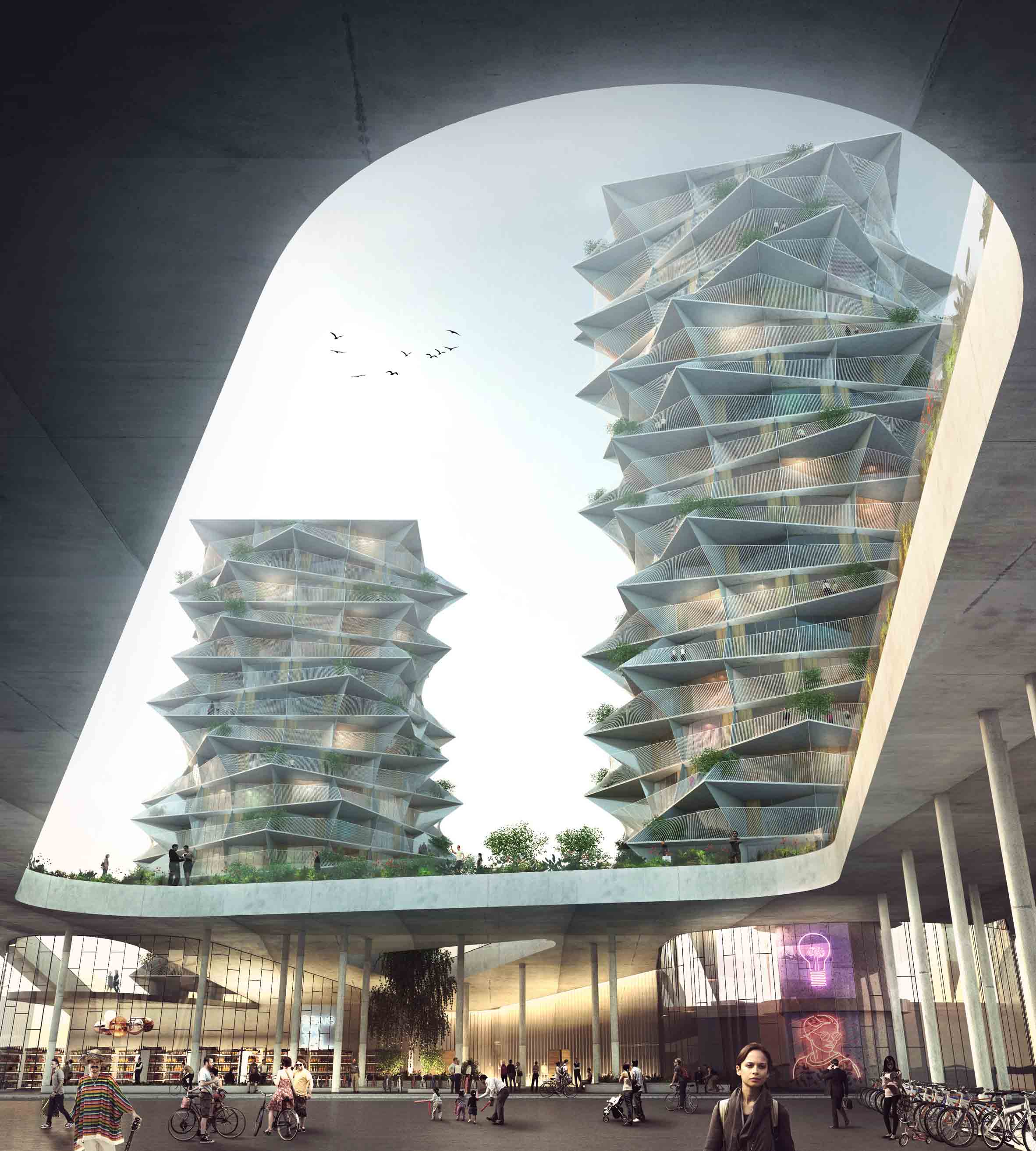 Bjarke Ingel’s firm BIG has revealed renderings of a pair of high-rise residential towers with spiky facades, which will overlook a new IKEA and hotel in Copenhagen‘s Vesterbro district.

Named after the distinctive spiked outline created by their rotated floorplates, the Cactus Towers will stand at 60 and 80 metres tall.

The corners of the slabs are shown overhanging planted balconies on the levels below.

The two towers will be located beside a new IKEA store and a budget hotel in Kalvebod Brygge, a waterfront area of the Danish city, and will include 500 compact “youth rooms” with floorplans of 30 square metres.

The overall masterplan for the 74,000-square-metre site is being designed by local firm Dorte Mandrup Arkitekter.

The IKEA store, which is slated to open by 2019, will be aimed at customers without cars and is expected to have a number of sustainable features including electric charging points for bikes and a sports field on the roof.

The roof deck will stretch out towards the base of the two towers, sheltering the store’s forecourt.

BIG’s founder, Bjarke Ingels, ranked second on the inaugural Dezeen Hot List after his firm scooped a number of top jobs last year – ranging from the Serpentine Gallery Pavilion to a new Google campus in California.

This year, the studio has completed work on a subterranean museum beside a Nazi bunker in Denmark and unveiled long-awaited plans for a new headquarters for Google in London.

“If I was misogynist would I hire a woman as my CEO?” says Bjarke Ingels