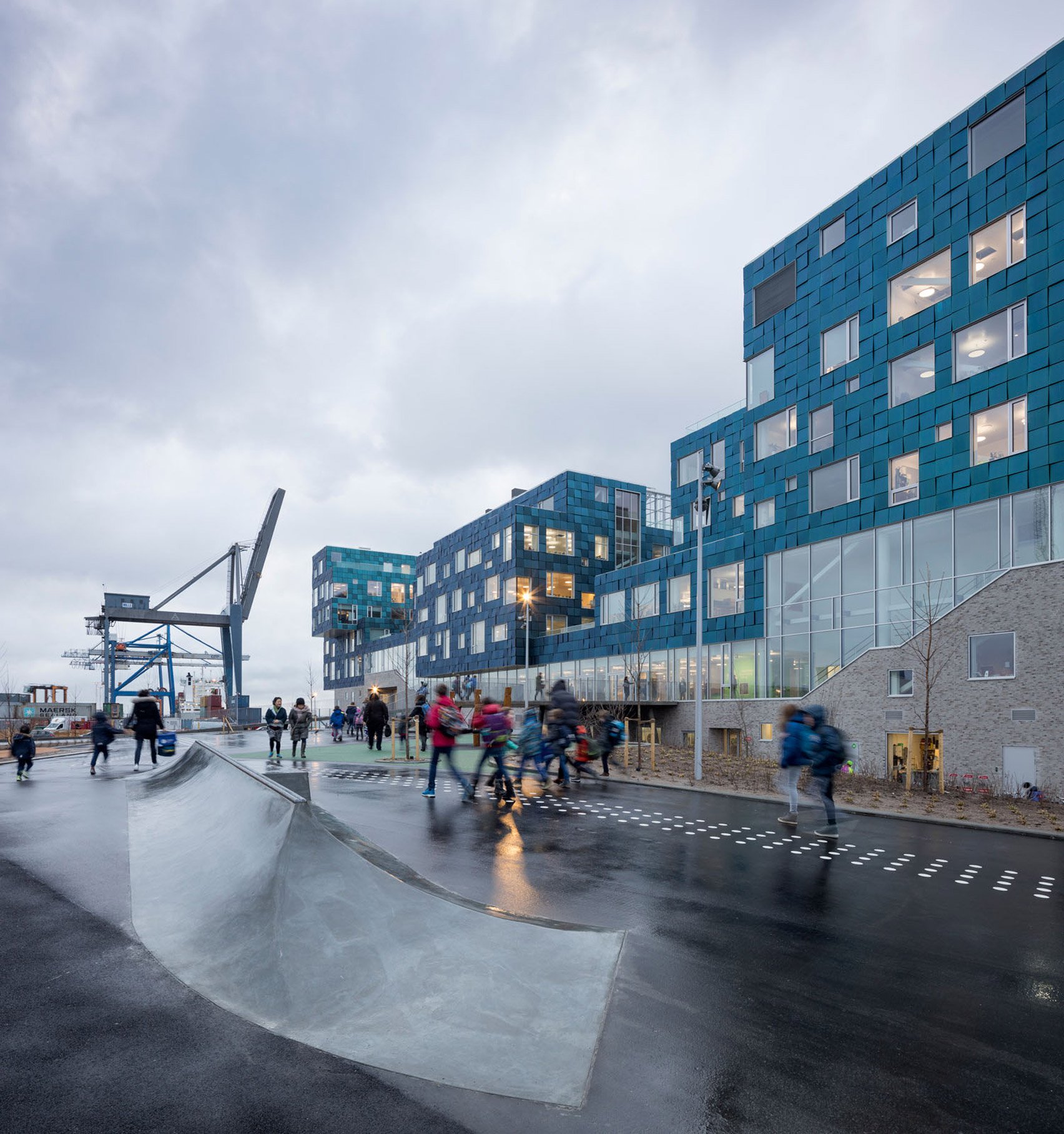 Scandinavian firm CF Møller has designed a school on Copenhagen‘s waterfront, which is almost completely covered in blue-tinged solar panels that shimmer like sequins in the sunlight.

CF Møller designed the Copenhagen International School for Nordhavn – a harbour currently under renovation in the Danish city.

Thousands of solar panels enveloping the stacked-block formation of the school are tilted in opposing directions to reflect light in different ways, creating a pixellated-like pattern on the exterior in blue hues that resonate with the water in front.

In total, the panels are designed to provide 50 per cent of the school’s electricity.

“The school building’s unique facade is covered in 12,000 solar panels, each individually angled to create a sequin-like effect, which will supply more than half of the school’s annual electricity consumption,” said the firm in a statement.

“The solar cells cover a total area of 6,048 square meters making it one of the largest building-integrated solar power plants in Denmark.”

Accommodating 1,200 pupils, the school is segmented into four towers of different scales, which range from five to seven storeys. Each one caters to one of the four different stages of the International Baccalaureate, which includes students from ages three to 19.

Beneath the four towers, a podium is occupied by the school’s communal areas, such as the foyer. It also includes a library and performance facilities, the dining area, which features bleacher-style seating, and a sports hall with large windows to the water.

A playground is set on the roof of the ground floor volume to benefit from views across the harbour.

CF Møller, which won a competition to design the Copenhagen International School in 2013, was recently given the Iconic Award 2017 for the project.

Last year, the firm also won a contest to build three floating classrooms to provide an “aqua learning” and water-sports training space to accompany the school.

Both projects form part of the redevelopment of the Nordhavn district, a former industrial area of the city that is being converted into a new district.

Other developments in the area include COBE’s transformation of a grain silo into an apartment block with faceted facades and Arcgency’s adaptation of an industrial coal crane into a luxury two-person retreat.