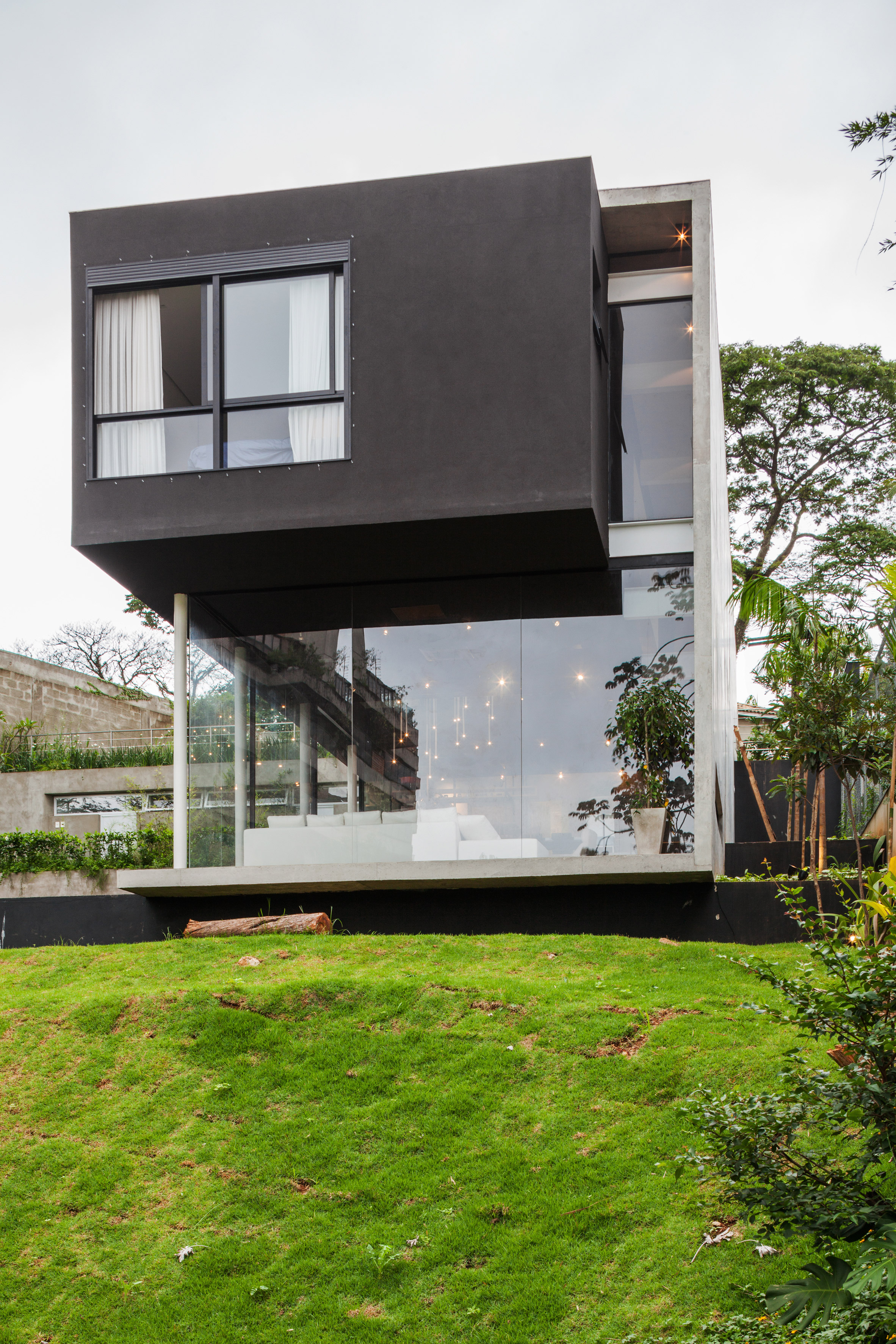 Brazilian firm FGMF Arquitetos has built a São Paulo home around a steel frame embedded into a concrete wall, allowing the use of extensive glazing that offers views down a verdant hillside.

The narrow Mattos House sits on a slope within the hilly city. A series of three platforms step down from the home’s entrance to a terrace at the base of the incline.

The programme changes with each downward shift of the structure. Besides providing the entrance to the home, the topmost level accommodates the living quarters.

A pair of bedrooms with en-suite bedrooms mirror each other across a lounge and a square break through the floor. The master suite perches at the west end of the plan, where it can take advantage of views out from its lofty position.

The hallway from the entry leads directly to a staircase down to a dining room and a kitchen. The space forms part of a large, open area that flows into a lower lounge.

Through the gap in the floor above, a bespoke chandelier drops to brighten the dining table. As it is also visible from the upper storey, it serves as a centrepiece for the whole building.

“[The light fixture] can be seen from many different angles, including the living room, the dining room, the hallway that provides access to the bedrooms and home theatre,” said FGMF Arquitetos. “It works as an element that integrates and links these different levels.”

A door at the back of the kitchen provides access to a series of service rooms that stretch towards the north. The turn in the plan creates boundaries for the verdant courtyard and pool outside.

A short set of concrete stairs drops slightly from the dining room down to the lounge, where high ceilings make the most of ample lighting from floor-to-ceiling glazing that wraps around the west and north walls.

Despite the disjointed floors and staccato transition of the programme, the exposed concrete wall spanning the entire south facade unites the components.

“The house is supported by a mixed-logic structural design in which a bare concrete wall, on the leftmost side of the house, connects the many levels and organises the main stairway that links them all,” the firm said.

The architects built the rest of the structure around a steel frame set into the concrete wall, which allowed for the extensive use of glass across the lowest storey.

The relatively sparse glazing of the dark-coloured upper cuboid creates a contrast that refers to the Paulista School – a group of Brazilian mid-century modernist architects that formed in São Paulo in the 1950s.

“The difference between the intimate area’s heavy monolithic volume above and the social area’s light, glazed volume sectioned by the plateau always seemed to us a typically Paulista School architecture solution, adequate to the location and the project’s necessities,” said FGMF.

The choice of living room furniture – such as an Eames Plywood Chair and Eero Saarinen‘s Womb couch – further echoes the intended mid-century aesthetic.

Other São Paulo residences combining glass and concrete to highlight verdant surroundings include a house featuring plant filled courtyards and a home divided into daytime and nighttime quarters.

The post Concrete volume appears to rest on glass in Brazilian house by FGMF Arquitetos appeared first on Dezeen. 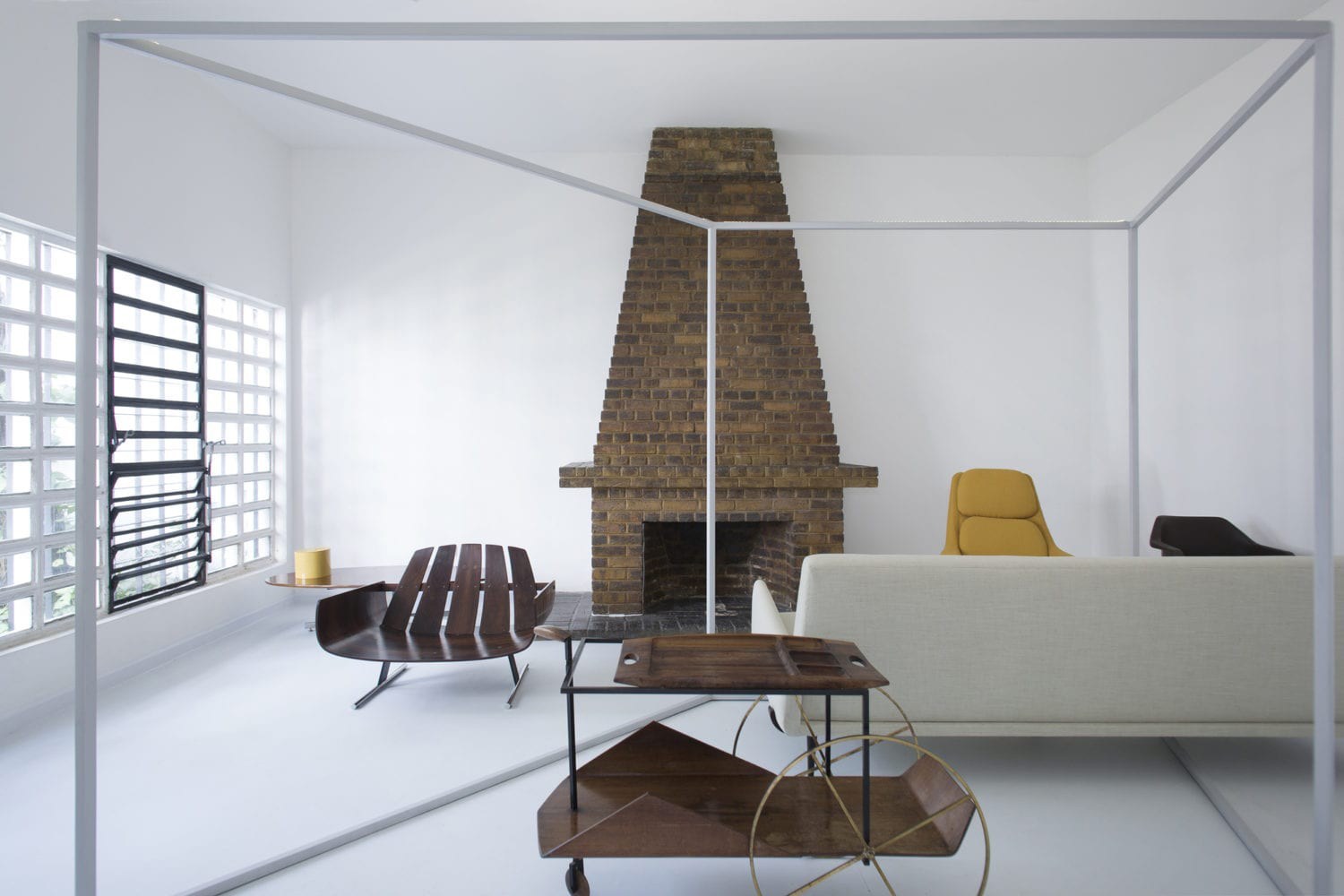 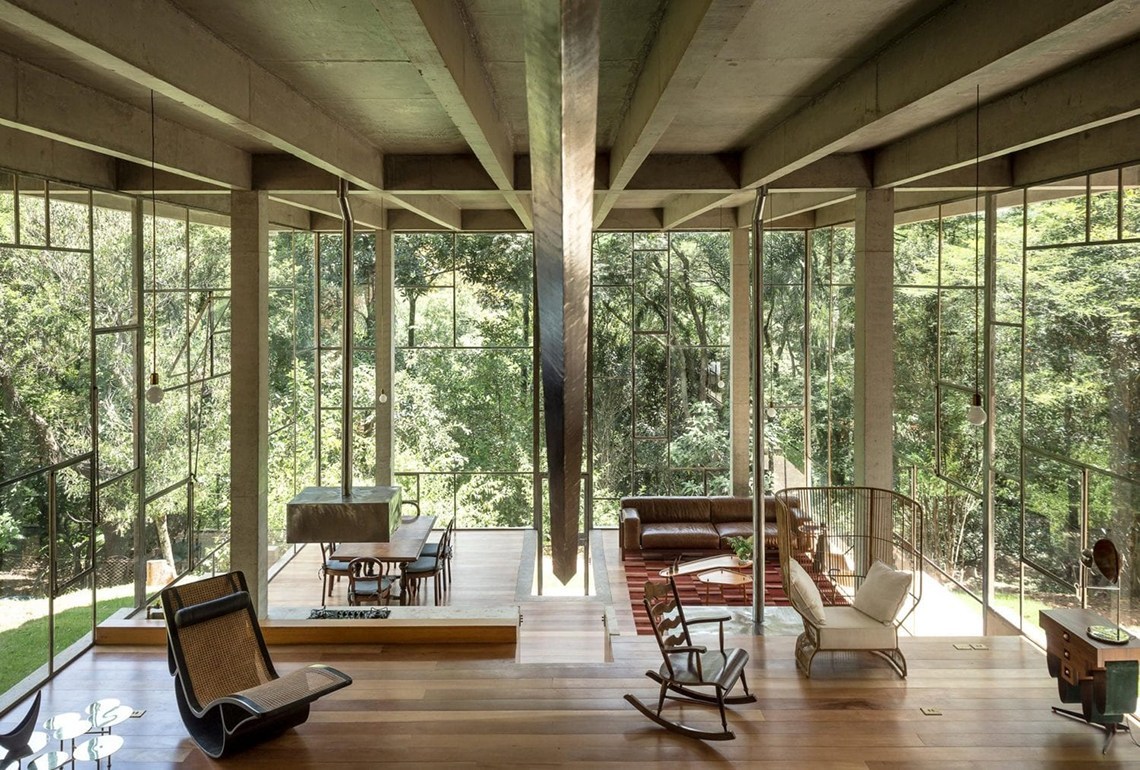 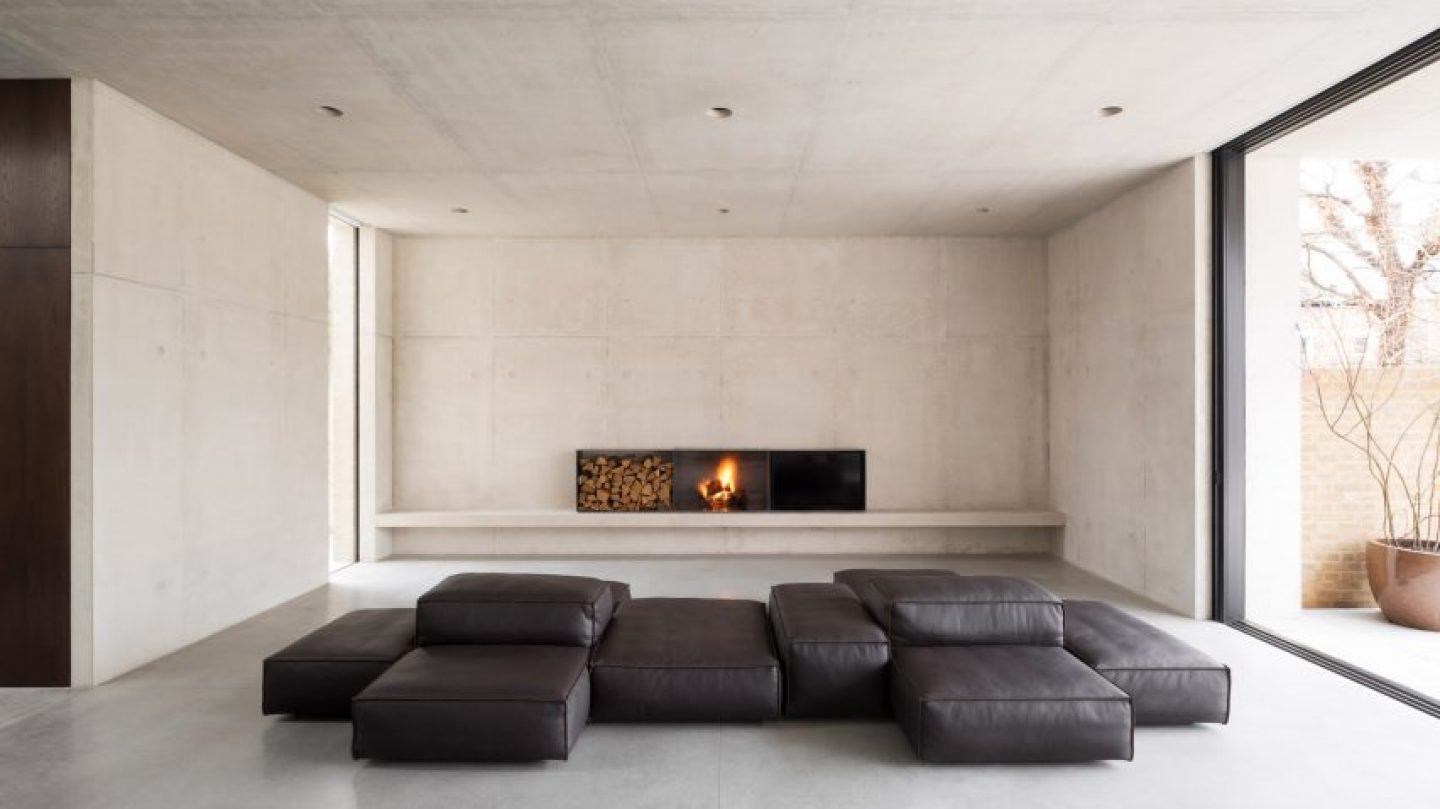