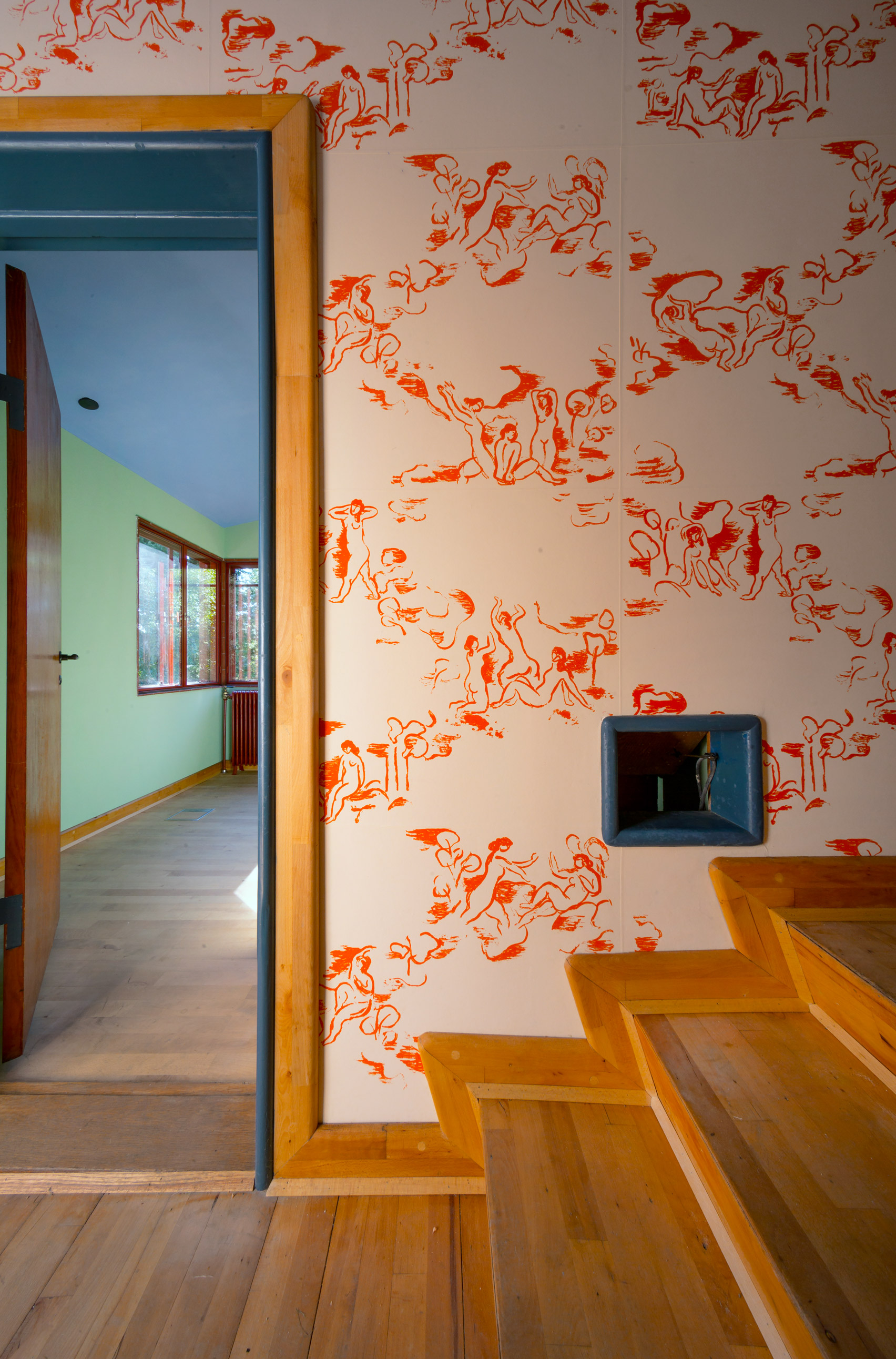 Fans of Danish functionalist architecture can now visit a comprehensively refurbished house designed by renowned architect Poul Henningsen on the outskirts of Copenhagen.

The property designed by Henningsen in 1937 for his own family is located on a steeply sloping site in the suburb of Gentofte, to the north of the city centre.

Now protected by a heritage listing, the building is representative of the Danish functionalist style favoured by Henningsen, who is best known for his lighting design.

Having remained unoccupied for many years, the property had been ravaged by water damage, mould, asbestos, rust and general issues resulting from its lack of modernisation.

In 2014, the house was acquired by private philanthropic organisation Realdania, which engaged Roskilde-based Drachmann Arkitekter to oversee its conservation and refurbishment.

“The aim of the project was to safeguard the building for the future,” explained the architects, “preserving the authenticity and cultural significance of the building and communicating all its historical layers.”

“[This involved] an extensive internal conservation including repair schemes to walls and ceiling, the recreation of the historical functionalist colour scheme, a new bespoke kitchen, new electrical fittings and a thermal upgrading.”

The house is one of only a few architectural projects completed by Poul Henningsen, who studied at the Technical School in Frederiksberg from 1911 to 1914, and then at the Technical College in Copenhagen from 1914 to 1917, but never fully qualified as an architect.

Perched on the side of a steep hill, the building comprises 11 partial levels arranged over two storeys.

In a deliberate attempt to break away from the local vernacular of stone, brick and timber buildings, the house’s exterior uses standardised elements including concrete blockwork and industrial iron doors and windows.

The uncompromisingly functional aesthetic resulting from this modernist-inflected approach led Henningsen himself to describe the building as “the ugliest house in Gentofte”.

As part of the conservation process, the structure was stabilised and repairs were made to the concrete surfaces, which had been affected by subsidence. In places where whole blocks had split, replacements with a similar tone and patina were integrated into the facades.

The parents’ wing is separated from spaces once occupied by the family’s teenage children and servants, with both sides of the house featuring its own entrances and bathrooms.

At the centre are communal areas including the living room, hall and dining area, which the architect claimed were “for everyone and no-one”. This implementation of an open-plan living environment was seen at the time as unusual and progressive.

The wallpaper was designed by his brother-in-law, Albert Naur. The original panels were removed and restored or replaced by expert silkscreen printer Heidi Zilmer.

Elsewhere in the building, existing cupboards and shelves were restored and red ceramic tiles lining the window surrounds were carefully repaired or replaced with similar tiles.

Photography is by Jens Markus Lindhe.