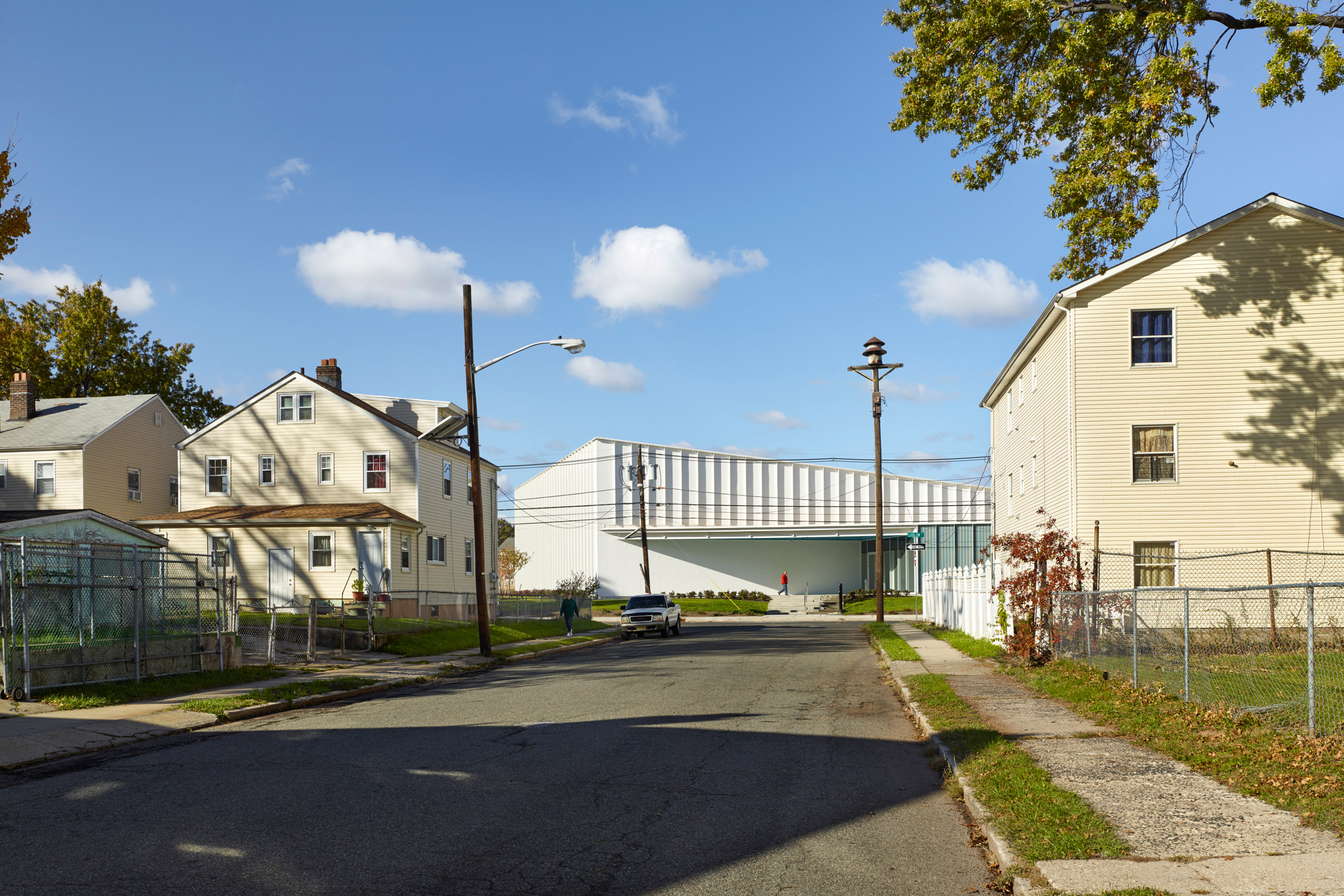 Once a thriving industrial centre, the city has faced economic decline and worsening living conditions since factories there closed down in the 1950s.

Though several attempts had been made to regenerate the community, the broad, quick-fix solutions flopped. Therefore, the city intends the new Training Recreation and Education Center (TREC) to steer efforts at revitalisation in a different direction.

“Today, cities are trying a different tact – finding seeds of hope and renewal in incremental rather than sweeping-change, embarking on small scaled, targeted projects,” said Ikon.5 Architects, which was behind the facility’s design.

TREC sits on a triangular site, where the grid of the neighbourhood pivots along a park.

Adapting to the awkward plot, Ikon.5 offset and connected two wedge-shaped cuboids to form the centre.

The south volume is dedicated to professional development programs and support services. It accommodates classrooms, several community rooms and a daycare.

The firm clad the entire neighbourhood-facing facade with glazing, so residents can observe the activities taking place inside.

“To beckon the community in, the building is designed with a good bit of transparency to expose its activities to the community and let the residents know what goes on inside,” said the studio.

Depending on the weather and time of day, the glazing can alter its appearance – the architects intended to give symbolic value to the change.

“In its reflective state, the glass curtain wall mirrors the streetscape of houses across the street, a poetic gesture that forges a connection between the centre and the community it serves,” Ikon.5 said.

The opaque volume at the north of the facility houses several active recreation spaces, including a gym, a basketball court and a yoga room.

The roof of the gym slopes upward, giving more height to the east facade. Steel louvres lining both the white stucco walls and the south glazing unify the structure.

TREC stands out from the neighbourhood – an effect the architects hoped would become a sign of coming improvement for the community.

“Through the building’s ‘uniqueness’ and ‘otherness’ the city sought to send a message to the residents that it cared about them and that it was making a substantive investment in their future,” the architects said.

Other facilities that have sought to provide relief for communities elsewhere include a retirement home in a flood-hit aboriginal community and an extension to Toyo Ito’s post-earthquake recovery programme for Soma by Klein Dytham Architecture.

Photography is by Jeffrey Totaro.