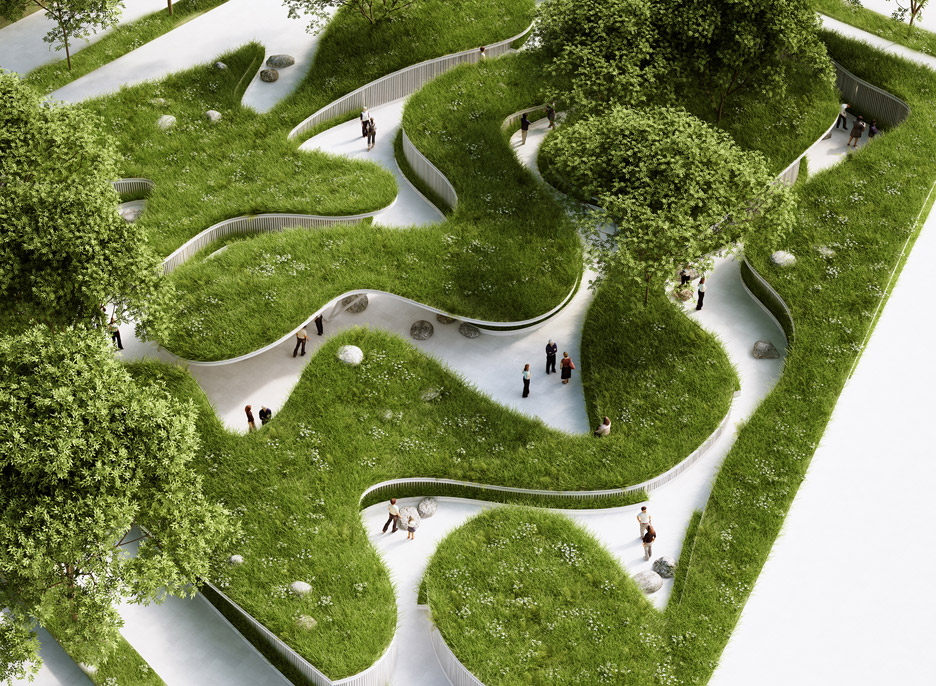 The temporary installation, named Where the River Runs, will invite visitors to follow the path of an imaginary river as it winds its way through the landscape. The aim is to highlight that clean water is not an endless resource.

“The water the dinosaurs drank millions of years ago is the same water that falls as rain today,” said Penda architects Chris Precht and Dayong Sun, who have offices in both Beijing and Vienna.

“But how will global warming effect the natural resources?” they asked. “And will there be enough clean water, if the pollution and population of our planet continuous to grow as expected?”

The installation, which is currently under construction, will comprise an undulating grass landscape. Below its surface, the pathways will wind towards a central plaza that is sheltered beneath the grass.

Related story: Penda’s bamboo pavilion could be expanded to create homes for 200,000 people

Visitors will be able to enter from three different points. As they follow the path, they will be able to sprinkle seeds over the grass and into various planters, so that additional plants and flowers will begin to sprout.

“As people are hiking through the landscape and seeding their plants, they take over the function of a river as they bring life to the pavilion,” said Precht and Sun.

“Like the river does in an natural environment, the visitors become the starting point in the lifecycle of plants.”

The 10th edition of the China International Garden Expo takes place in Wuhan, Hubei Province. The city is located at the intersection of the Yangtze and Han rivers – and is also where the world’s tallest tower is proposed.

According to the architects, the city’s long-term relationship with waterways was an important reference for the project.

“The river brought goods from around the world and Wuhan rose to become an important hub for trade,” they explained. “But the rivers didn’t just bring wealth to the city, it also brought a rich flora and fauna to the people.”

“We are not important to water. It is the other way around,” they said. “Our task is to find a reasonable way to survive inside its boundaries.”

Penda’s installation will be located in plot 1590, and will form the intersection between three surrounding pavilions. It will remain in place until April 2016, when the expo ends.

The firm is also working on other proposals focussed on sustainability, including a city built using an innovative modular bamboo structure and a high-rise block with a customisable facade of hanging gardens. 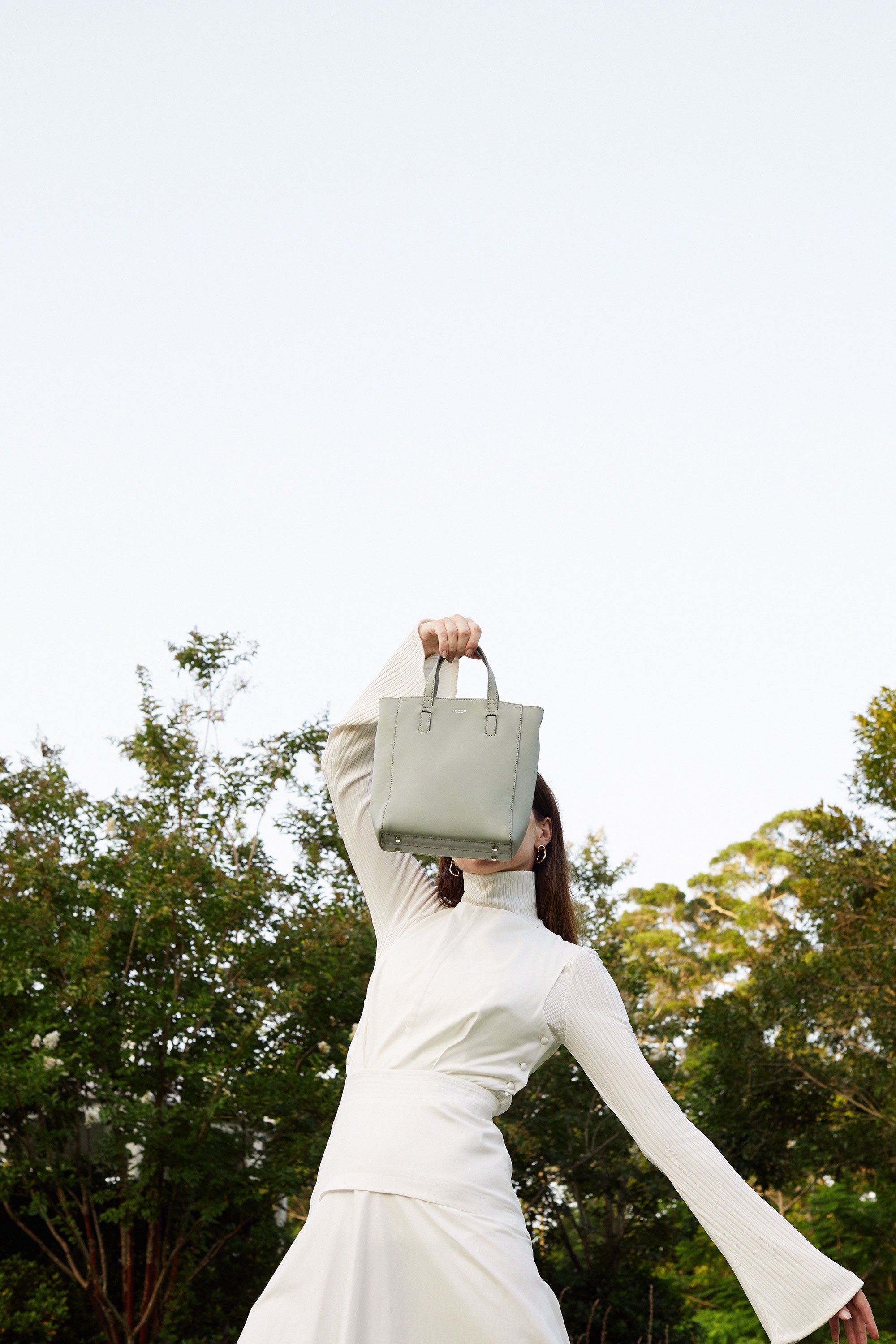