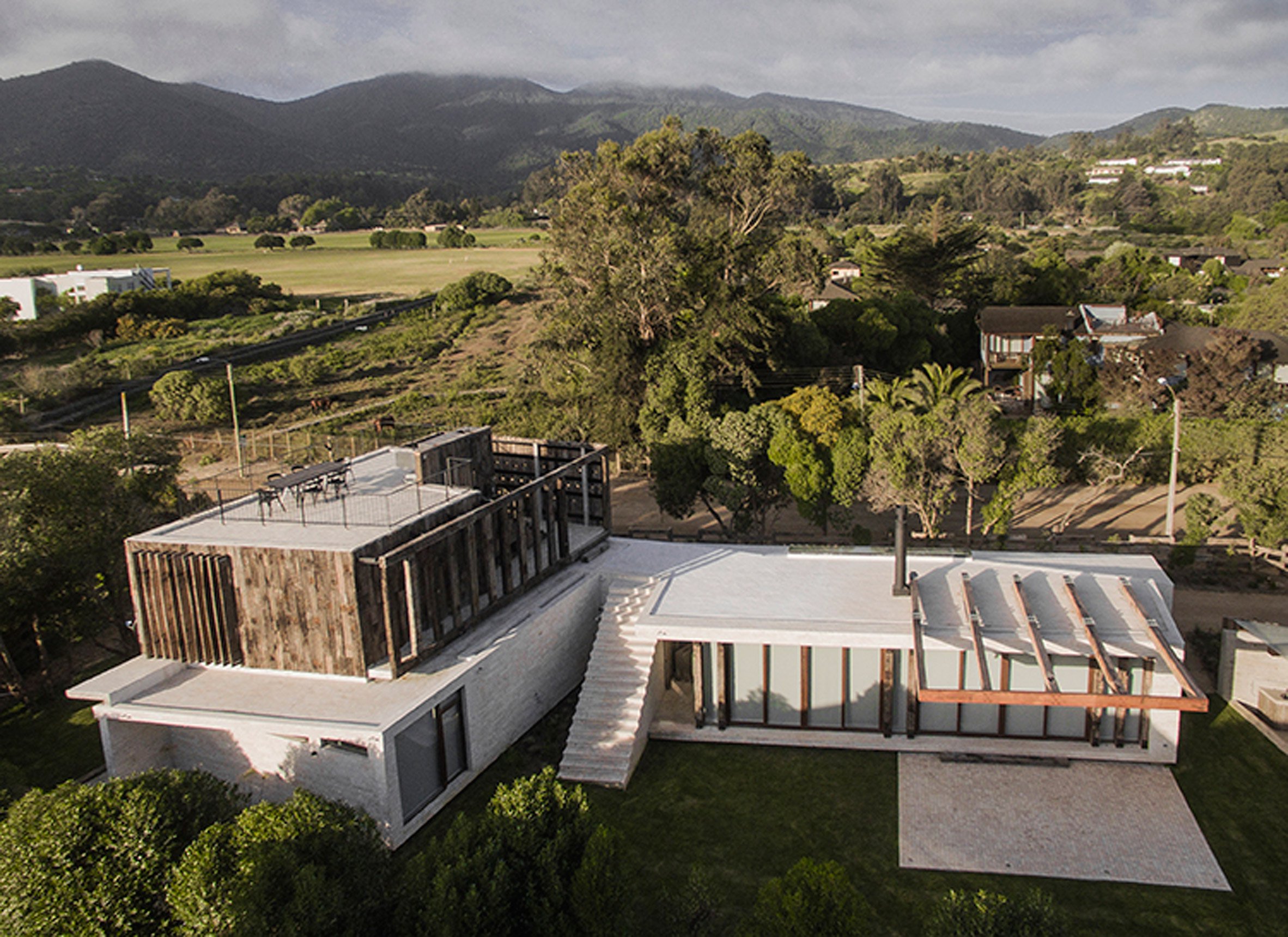 The roof terrace of this timber- and stone-clad retreat by Croxatto and Opazo Arquitectos offers holiday-makers panoramic views of a scenic wetland in Chile.

Machagua House is located around 180 kilometres northwest of Santiago next to a wetland in the town of Cachagua.

The holiday home comprises two volumes faced in opposing materials. The larger single-story block forming the base is made from blocks of pale stone, while the smaller upper storey is covered in pieces of oak.

“A large volume, sturdy and heavy, is displayed as the first level,” said Chilean studio Croxatto and Opazo Arquitectos. “It was conceived as a large solid coral stone sculpted and eroded, responding to the needs of the requested spaces and their relation to the surroundings.”

“Over the solid stone and bedrooms there is a second volume, smaller and built with a rustic character, completely coated in oak.”

The pale stone volume runs north to south along the plot, containing the lounge, dining room and kitchen towards its southern end, which opens onto a courtyard.

Here, a flight of stone steps that match the facade lead onto a roof terrace with a barbecuing and sunbathing area.

Bedrooms in the northern end of the volume face out onto a further yard covered with crushed shells and railway sleepers.

“This project merges with the terrain through incisions, cuts and breaks that result in controlled green courtyards, enhancing the interior-exterior relationship,” said the architects.

The smaller oak-clad volume, which gives the building a limited second storey, hosts a master bedroom with a walk-in wardrobe and an en-suite bathroom.

It also has its own private terrace on the roof. From here, there are views towards Tigre Hill, Los Cardones Hill and a polo club.

Other Chilean holiday homes include a board-marked concrete house by Santiago-based architect Victor Gubbins that takes cues from Le Corbusier’s Villa Savoye, and a series of stilted wooden cabins by architect Felipe Assadi that dot a Patagonian hillside.