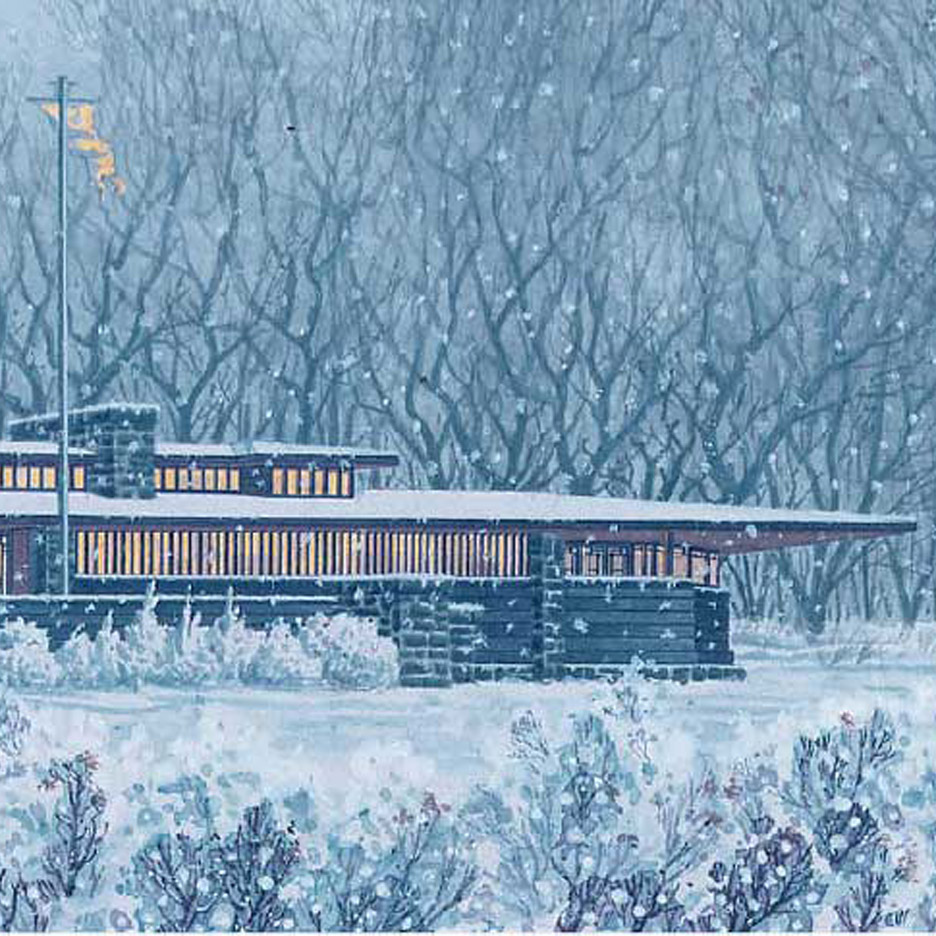 “Should we resurrect dead buildings?”

In light of plans to bring the neoclassical Penn Station and Frank Lloyd Wright’s lost pavilions back to life, Aaron Betsky argues that architects should focus on renovating existing buildings rather than replacing new with old, in this Opinion column.

It is a standard plot twist in science fiction films: a loved one has died, but the dead one rises again, whether as a ghost, a mechanical reproduction, or a clone. It almost always goes wrong, because the new version is never quite the same. The same situation now confronts architecture: should we resurrect dead buildings, ones that were torn down or destroyed decades or even centuries ago?

In Berlin, the rebuilt City Palace of the Prussian Kings nears completion (supposedly in 2019), though in this case it is just a facade over a grab bag of different functions. Down the road, the baroque Resurrection Church was rebuilt in 2004, and looks resplendent, if disconcertingly new.

Now a New York architect, Richard Cameron, has proposed rebuilding the city’s 1910 Penn Station, which was torn down in 1963, and then extending its classical language to cover several square blocks of Manhattan’s centre.

Entrepreneur Michael Miner has taken it upon himself to resurrect a Frank Lloyd Wright pavilion in Banff, which was torn down in 1938. Perhaps we don’t even need to rebuild – the architect David Moreno has produced digital versions of Wright-designed structures such as the 1912 Larkin Building that are so realistic that it is hard to believe the site in Buffalo has been empty since 1945.

This is not a new phenomenon, of course. If you walk through the “old” part of central Warsaw today, it is hard to believe that 90 per cent of what you are seeing didn’t exist after the bombings of the second world war. In Amsterdam, most of the Canal Zone is a reconstruction based on paintings and ruins, begun in the middle of the 19th century.

I sympathise with desire to resurrect dead grandeur

You can even ask whether some of the most aggressive renovations of classic buildings, such as the recent down-to-the doorknobs redo of Mies van der Rohe‘s Tugendhat House in Brno are not actual reinventions of a house that has been a hospital as well as a horse stable.

What has changed is the march of technology. Just as we can now clone animals and perhaps someday people, so digital mapping technology allows us to recreate objects with such a degree of verisimilitude that it is hard to see what is not original. The leader in this field, Madrid-based firm Factum Arte, even maps and reproduces the dust in Egyptian tombs so that the result is completely realistic.

So now we can imagine that buildings not only do not have to die, we can bring dead ones to life with such expertise and skill that it will be impossible to tell that they are reproductions.

I have no doubt that would be the case if there was enough money involved in the reconstruction of Penn Station, and certainly the photographs and drawings of that structure have always filled those of us who never had the chance to experience the original with both awe and nostalgia.

Wouldn’t it be amazing to be able to arrive in New York and rise up through those halls, grand in scale and sweeping in design, once again?

The past cannot return

The only problem is that the past cannot return. There was always already a disconnect between both the trains through which you arrived and the world outside the station, and the neo-classical structure – itself an adaptation of the Baths of Caracalla.

That sense of a fake stone building lost in the middle of movement and commerce, concrete and steel, and signs and advertising, is evident today in Grand Central Station, though its architects Warren & Whetmore were no McKim, Mead, and White, who designed Penn Station.

Cameron wants to solve that problem as much as possible as by giving the reborn Penn Station a forecourt it never had, which he renders with the moody verve that the delineator Jules Guerin used to draw many of Daniel Burnham’s grand plans.

Yet even if he was to extend resurrection to a take-over of neo-classicism of all that real estate, the rest of Manhattan – which he eliminates from his renderings – would still surround this oasis, while its cars and food carts would invade what ever space they could.

The same would be true on the inside. Transportation hubs such as this are now as much shopping malls and food courts as they are place to buy tickets, wait, and board or alight from a train or plane.

The dead arise again as monsters, not as familiar friends

Stores and restaurants would have to fill every nook and cranny of the space, as they do at all other train stations. The orange of Dunkin’ Donuts and the green of Starbuck’s would give lie to the somber tones that dominate the vintage photographs of the station. In this way a living and used piece of architecture is not like the kind of tombs Factotum Arte rebuilds.

I sympathise with desire not only to resurrect dead grandeur, but also to carve out a place of beauty within the city. Unfortunately, our society neither has room and money for such spaces in their naked splendour in their daily lives, nor does it seem to appreciate them.

We want our hubs and our civic buildings to be efficient, friendly, and welcoming to all, while confronting the fact that they also have to be fortresses that defend us against all sort of unseen dangers.

It is only in certain places, such as some (but not all) museums or cultural centres, that we still can afford moments of stillness, beauty, and scale that bring the past forward and surround us with its frame in columns, marble, and skylights.

Beyond such practical questions lurks, of course, the issue of authenticity. We have, I hope, long since overcome the idea that art and architecture can only look one certain way at one certain time and place, or that buildings have to show exactly how they are constructed.

We have the freedom to imagine all sorts of structures and images, and the questions of rightness are more relative to social, economic, and cultural conditions than they are fundamental ones about aesthetic and moral choices.

I would only venture that I think that, like in science fiction films, the dead arise again as monsters, not as familiar friends, and as undead that suck the life out of the world around us. I also think that any society that cannot at least try to find ways to build beauty into every aspect of its shared spaces, from the commercial occupants to the concrete ramps to the facades that invite us into their precinct, has itself become dead.

Over the next twenty years, architects in America will have to work in a profession in which the majority of their work will be renovations of existing buildings. How to make something new out of the old, rather than tearing down the new to build the old, is our true task.

The post “Should we resurrect dead buildings?” appeared first on Dezeen.