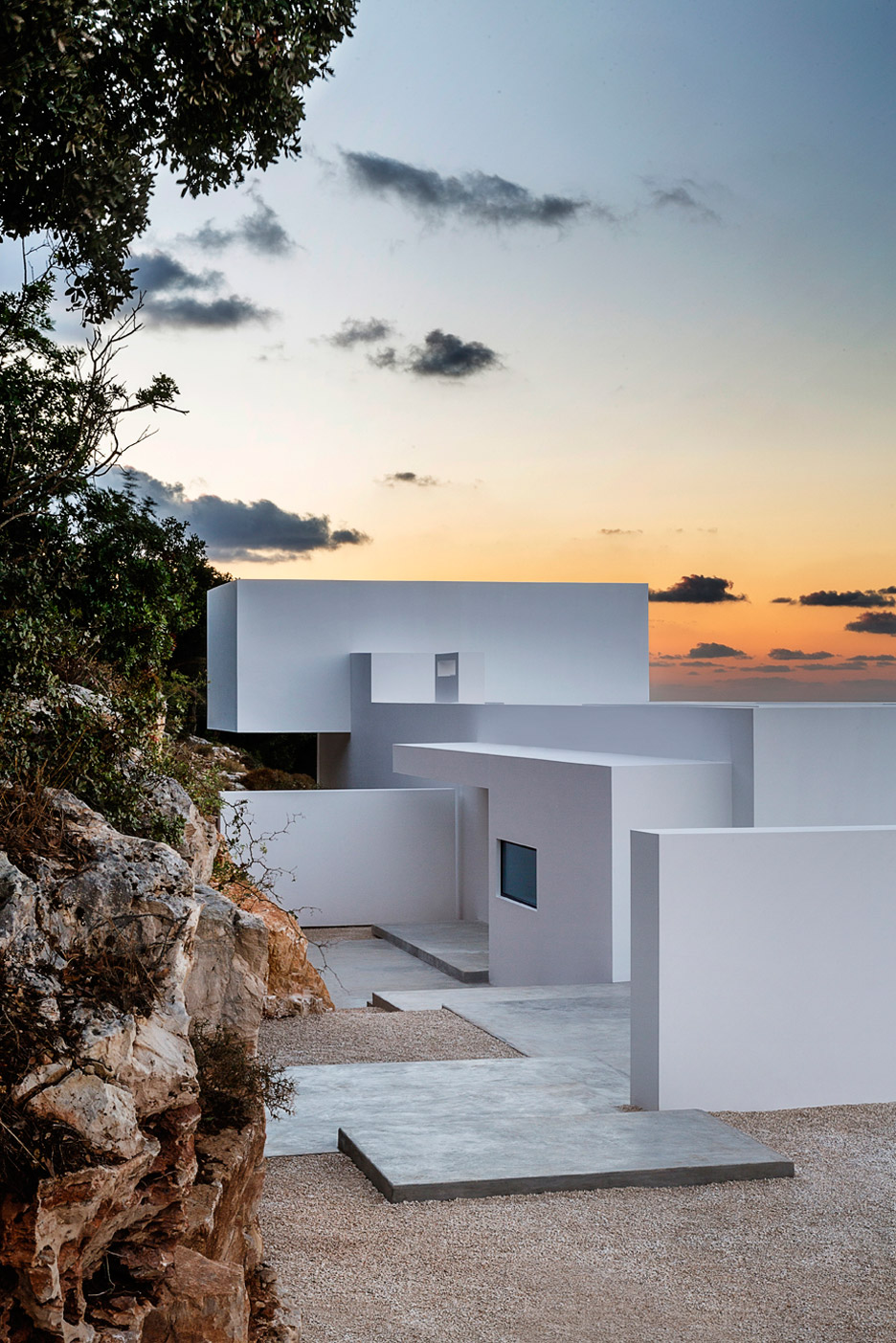 Stark white walls frame vistas of the Ionian Sea from a bright white house by Brussels-based architect Olivier Dwek, which is perched above the coastline of Zante (+ slideshow).

The island, made famous by Greek poet Homer in mythological tales the Iliad and the Odyssey, sits off the west coast of mainland Greece in the Ionian Sea and is popular with tourists for its sandy beaches and deep blue waters.

Dwek set about creating an island home called Silver House, with bright white walls that would contrast with the colour of the water and frame views of the sea.

The design draws inspiration from the quote “Blue has no dimensions, it is beyond dimensions” by late French artist Yves Klein – acclaimed for his monochrome paintings. Dwek added huge sliding glass doors to the property to help lessen the distinction between interior and exterior spaces.

“Seen from the mainland, it [the island] surges out of the blue depths in an intense light, often coiffed with a veil of clouds,” said the architect. “So when the opportunity arose to build a house facing this spectacle, the choice was obvious.”

“The subject would of course be the island, framed by the house. From the initial sketches until its completion, the plans were developed around the view,” he added. “Facing the Klein blue of the sea, the white rendering sparkles like the foam on the waves.”

Lounge, dining room, kitchen and bedrooms are all oriented towards the sea and connected by terraces on the windswept hillside.

Walls act as windbreaks around the exposed terraces – a similar effect created by the concrete walls that surround a house in between the Greece’s Megara plain and the Gerania Mountains. Narrow slits between the concrete slabs here give glimpses of a surrounding olive grove.

The corners of the sitting and dining rooms in Silver House open onto these protected terraces where a small robust tree stands in a bed of gravel.

“In Greece, people live in the sunshine,” said Dwek. “Here we also have to accommodate the wind off the sea, from which the house had to be sheltered, as it clings to the hillside.”

An infinity pool sprawls out towards the shore at the front of the house and from certain angles its water appears as one with the sea, while a further gravelled courtyard is shielded against the hillside.

Photography is by Serge Anton.

The post Silver House by Olivier Dwek stands on the forested hillside of the Greek island Zante appeared first on Dezeen. 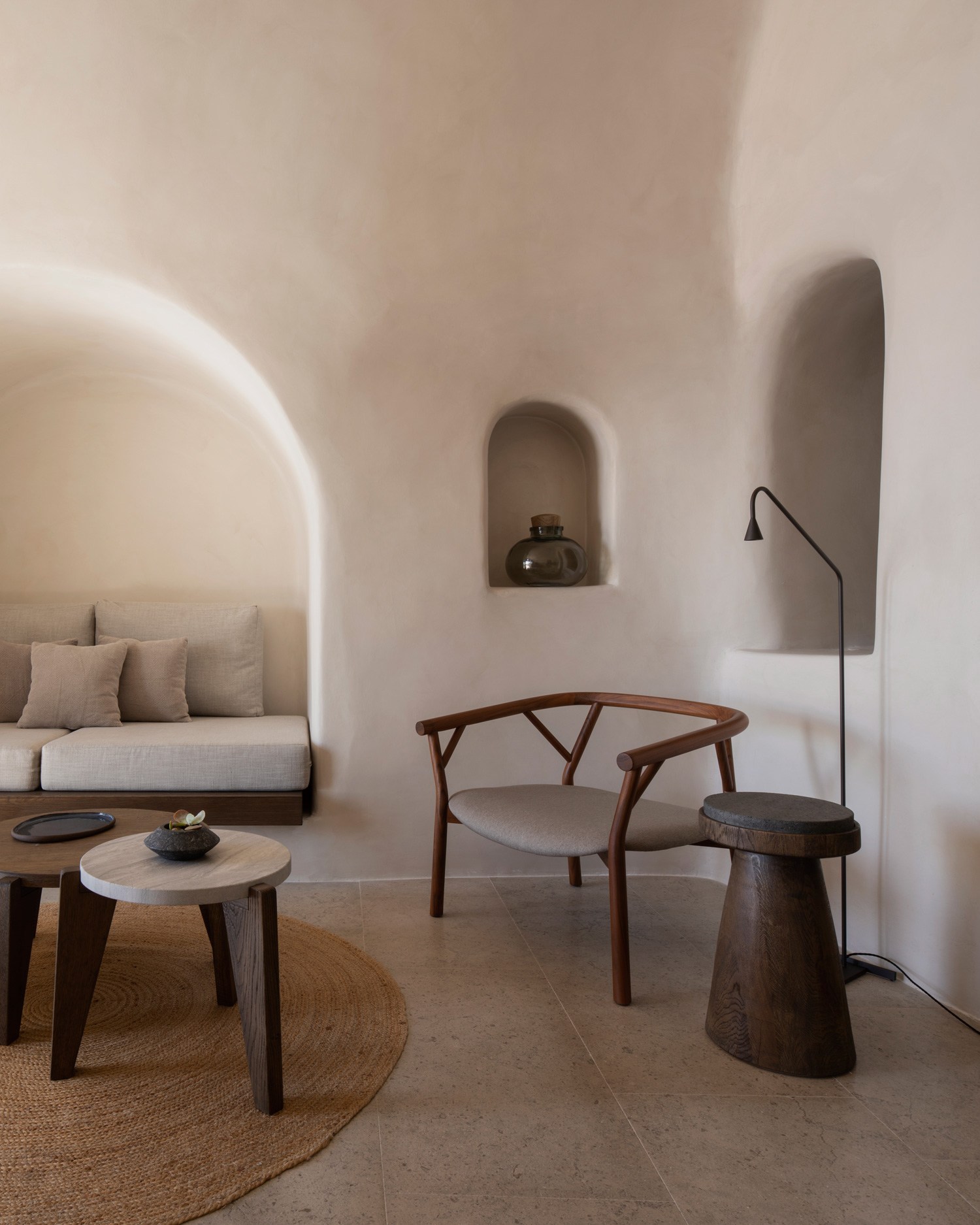