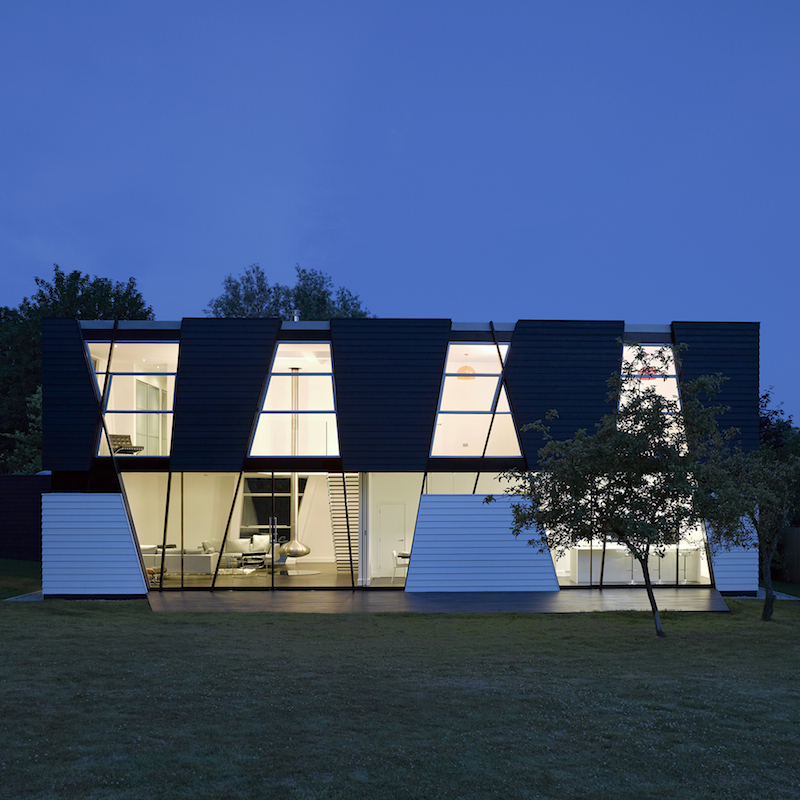 The annual juried design contest A’ Design Award & Competition honors best designers, architects, and design oriented companies worldwide to provide them publicity, fame and recognition. The A’ Design Accolades are organized and awarded internationally in a wide array of categories ranging from industrial design to architecture. Every year, projects that focus on innovation, technology, design and creativity are awarded with the A’ Award to push them further for success.

You can submit your work to one of 100 categories and gain valuable media exposure through prominent press coverage and prestigious exhibitions. You can check the deadlines for all entry submissions here, and the results will also appear on iGNANT on 15 April 2015. You can register and submit an entry for the competition here.

The winners of the early call for entries have just been picked and we took a closer look at the period winners of ‘A’ Architecture, Building and Structure Design Award 2013 – 2014′. Here are our personal Top 10 of the winning submissions in the field of Architecture.

Architect Matthew Heywood created the Trish House Yalding Residence as a reflection of the surrounding woodland with the raking columns representing the irregular angles of tree trunks and branches. The forms and lines of the house are intentionally very geometric and crisp, creating a dialogue between the organic woodland and the modernist box.

DCPP Arquitectos created the Cerrada Reforma as a residential project located in San Angel, in the south of Mexico City. The architects state: “The built block dialogues whit its open counterpart through a transparent facade all along side. The negative space is conceived as the open space or public area, which is contained but not occupied, it has exactly the same dimensions but is not built, creating a dialogue between this counterparts.”

Viacheslav Deev designed the ‘Flügel Haus’ amidst a pine forest. The initial concept for the building was to create a structure formed of two elements with different purposes – a social space (common area) and a private zone. The common area is located along the road, whilst the private zone was placed at the back of the plot.

Renaissance Planners & Designers transformed an existing house that was dark and had poor cross ventilation into a new home with large windows that at the same time filter the heat from the sun. The stairs acts as an airwell with a skylight and ventilation vents improving the air circulation in the house keeping it constantly cool.

Affect-t created this transitional housing concept to be constructed in existing industrial buildings in the city centre. It is designed for a single individual or couple but can be expanded as the occupant’s family grows or can be easily dismantled and re-used once permanent housing is provided.

The House in Tamatsu was built by Kenji Ido who placed the dwelling at a 43 sqm site in an urban district of Osaka. The three-storey residence was designed for a family of four with two kids. The skinny house looks like three white boxes stacked together, creating a stark contrast with the surrounding buildings.

Claudio Hebberecht created the Deep Carven Studio as a private residential for an artist, fully integrated into the environment by it’s natural flowing lines. The reinforced concrete dome connects with the ground through 8 elegant ‘arm extensions’, allowing wide arcs to flood the living space with morning and afternoon light, and to shelter it from the occasional rainfall and the energy of the noonday sun. Facing East, sunrise enters the habitat daily via the eye dome opening.

Clashing ideals come together visibly in the building that Nuno Montenegro’s designed­. The School of Technology owes its powerful exterior presence to clean lines and rigorous simplicity. The thick white walls and small windows furthermore reflect the climate in the southern part of the country and recalls the rural vernacular. Inside, meanwhile, the obsessive whiteness continues, while idiosyncratic flourishes keep students on their toes.

The concept for the Highcliff Residence by Colega was derived from both the immediate and extended contexts of the site as a response to the irregularity of the lot and to the expansive Los Angeles basin views. Inspired by the form of a Japanese Shibori fan, the house unfolds outward, maximizing the captured views.

The house – atelier has been designed by MZ Architects for a young Saudi jewelry artist who wished to have a private living and working space expressing her soul and creations, within the garden of her family’s main residence where she currently lives.

– In collaboration with A’ Design Award & Competition –