10 buildings worth visiting during Open House London this weekend 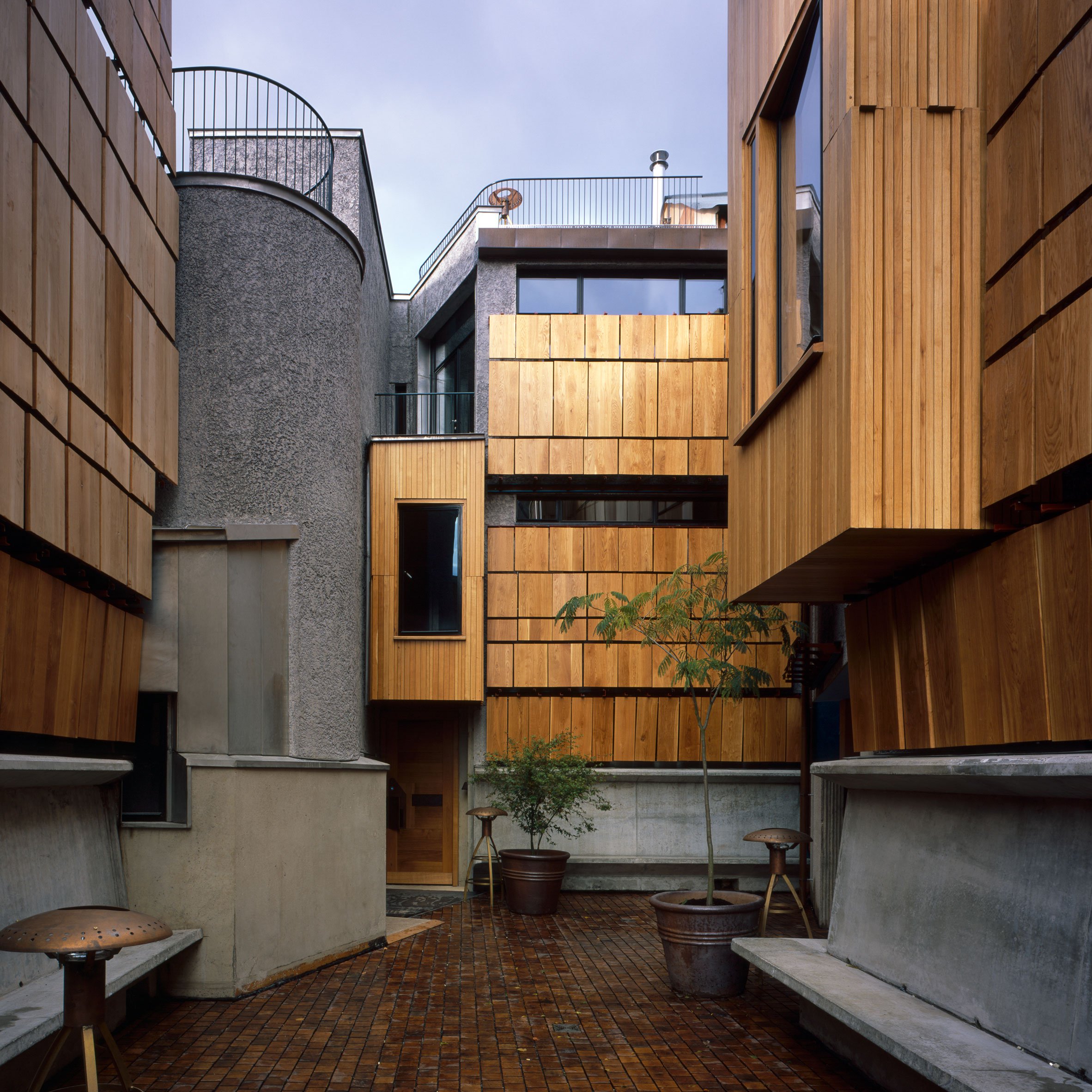 It’s Open House London this weekend, meaning hundreds of buildings that are usually inaccessible to the public are throwing open their doors. Here’s a look at 10 properties worth braving the early morning queues for.

Dezeen is media partner for Open House London, which this year celebrates its 25th anniversary. For two days, over 800 buildings across the capital – from private homes to major institutions – are offering free guided tours to visitors.

Tours of the ever-popular BT Tower, The Shard and The Leadenhall Building might be booked up already, but there are still plenty of architectural gems worth seeing over the weekend.

Here’s our 10 highlights from this year’s programme:

Thirteen years in the making, these labyrinthine west London townhouses by architect and academic Peter Salter were completed last year and are a must-see.

Named Walmer Yard, the £22-million development consists of four properties arranged around a courtyard in Notting Hill – interlocked but each with its own individual details and layout.

The elaborate houses are an experiment in different ideas, styles, materials and techniques, with features including yurt-shaped rooms, doorways disguised as mirrors, secret corners and moving walls.

Find out more about Walmer Yard ›

Billed as the UK’s first co-housing project for older people, this building in High Barnet by Pollard Thomas Edwards comprises 25 apartments arranged around gardens maintained by the residents.

Set on the site of a former convent, the complex is home to a group of women – ranging in age from 50 to 87 – who not only share living facilities, but expect to also share the cost of care in the future.

Find out more about New Ground ›

This weekend visitors can nosy around several buildings by modernist architect Ernö Goldfinger, from his well-known brutalist Trellick Tower to the lesser-known Haggerston school, his only educational building.

Still functioning and recently refurbished by Avanti Architects, the Grade II-listed building retains many of its bold original features, including bush-hammered concrete and coffered ceilings in the entrance and assembly hall.

Wicker balconies project from the brick facade of this slender apartment block in Stoke Newington.

Designed by Amin Taha Architects, the six-storey gabled block is one in a series of new London buildings with a cross-laminated timber structure – a type of super-strong engineered timber that is allowing architects to build bigger and higher than before.

Find out more about Barretts Grove ›

Visitors are advised to allow plenty of time for their visit as queues can be up to an hour or more due to limited numbers of people being allowed in the subway at any one time.

Built in 2003, Herzog and de Meuron’s Stirling Prize-winning Trinity Laban building is the largest contemporary dance centre in the world. A revolutionary semi-translucent, coloured polycarbonate facade developed in collaboration with artist Michael Craig-Martin cloaks the interior spaces, which include a main theatre space circled by interior courtyards and meeting places all connected by a series of corridors.

Accessible and welcoming, the design was conceived as a physical expression of the dance faculty’s relationship with its local community.

Find out more about Trinity Laban ›

The new buildings, which include four four-storey teaching pavilions, a new sports hall and a new performing arts building won the practice the RIBA Stirling prize in 2015.

Find out more about Burntwood School ›

As one of London’s most important examples of modernist architecture, Alexandra Road Estate is worth a visit on its own. But this year visitors are given a chance to see a contrast between old and new, as local studio Haverstock has added two new buildings to the heritage-listed site.

The estate’s original architect, American Neave Brown, was vocal about his disagreement with Haverstock’s extension – but visitors will be able to make their own minds up about whether they like the new additions.

Find out more about Alexandra Centre ›

Tucked away from the road, the residence is named Hidden House after its secluded location. To match the surrounding architecture, the architects chose reclaimed London stock brick for the modest exterior, and also topped a flat roof with a series of generous skylights.

Find out more about Hidden House ›

There are several studios and offices on this year’s programme, but one of the nicest is the simple, self-designed workspace of communications company Studio Four23.

A photograph of a toolbox inspired the space, which is located inside a former metal workshop. It features industrial materials and simple finishes, from the bare brick walls to the black Crittal windows.

Find out more about Four23 Studio ›

The post 10 buildings worth visiting during Open House London this weekend appeared first on Dezeen.