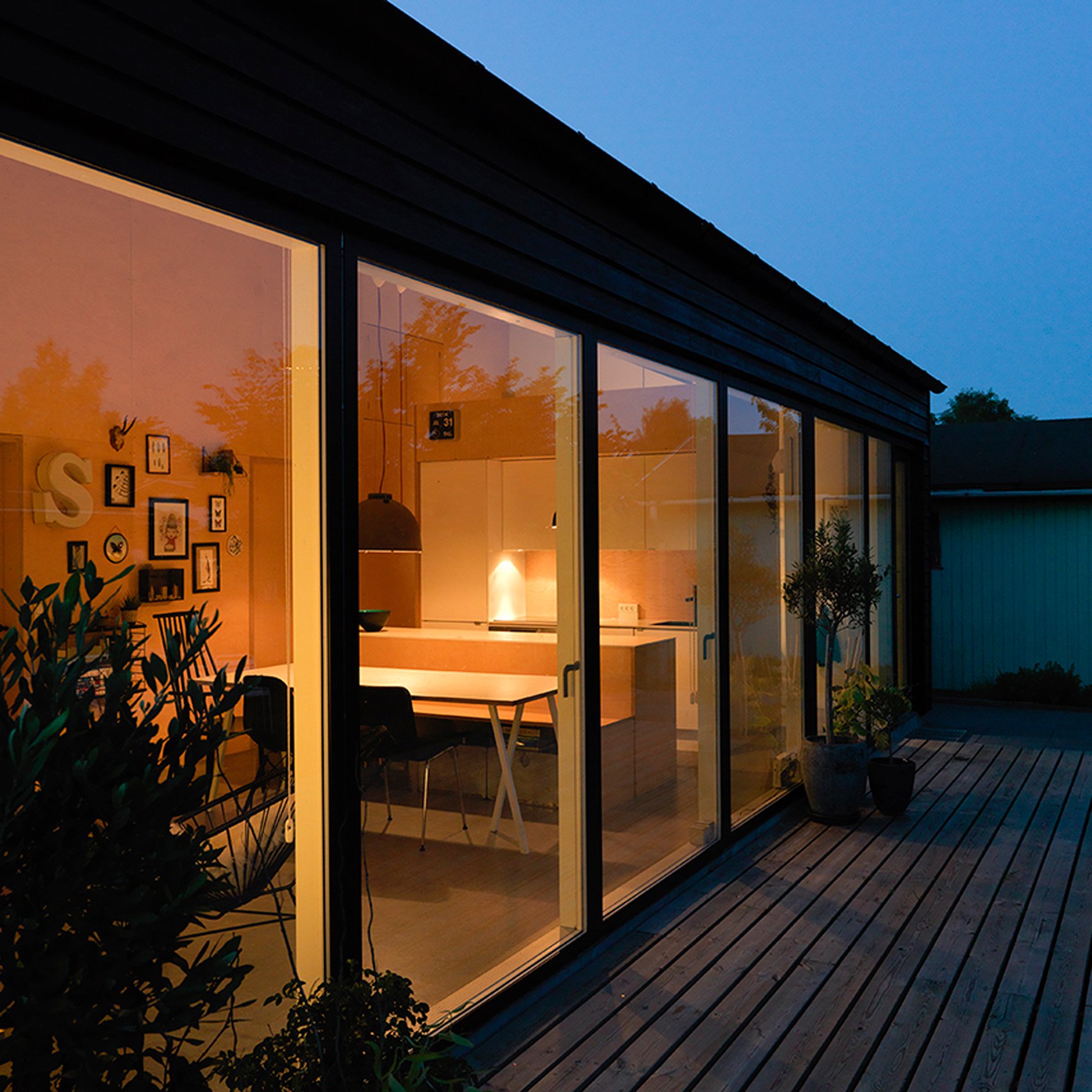 An affordable micro home that takes less than a day to build has just launched in the UK, so we’re taking a look at 10 properties around the world that have been completed to an extremely tight budget and offer some solutions to widespread housing shortages.

Danish architect Sigurd Larsen built this small family house in Copenhagen for just £95,000 – a feat he claims is near-impossible in the Danish capital. He intends the property, which has a black-painted timber exterior and sloping gabled roof, to become a prototype for low-cost housing.

Find out more about Sorte Hus ›

This cuboid concrete house for a family outside Porto cost just £84,000 to build. To keep the budget down, José Carlos Nunes de Oliveira left the interior concrete walls bare and added as few partitions as possible.

Find out more about Mami House ›

Estonian design collective Kodasema has made its prefab micro home available to purchase in the UK for £150,000, in an attempt the shake up the housing market and make use of empty plots of land.

Find out more about Koda House ›

Briefed with creating a flexible prototype on an £86,300 construction budget, graduate students from the Yale School of Architecture built this cedar-clad house for a low-income Connecticut neighbourhood. The dwelling references the local vernacular.

This prototype dwelling can be transported straight from factory to site on a lorry, and is covered in mirrors to help it blend in with the landscape. It features a modular interior that can be configured in different ways to suit the needs of its occupants and cost just £88,000 to build.

Find out more about Casa Invisibile ›

IVRV House, US, by SCI-Arc students

Students in a design-build program at the Southern California Institute of Architecture have completed a sustainable house in an impoverished area of Los Angeles, featuring “eco-screens” to keep it cool and large cuts in the facade to bring in daylight.

Find out more about IVRV House ›

This modular house in Portugal can be divided into rooms with a grid of removable partitions, and has large windows that can be transformed into walls with plywood panels if more privacy is required.

Find out more about MIMA House ›

This housing prototype is the third in a series by Vo Trong Nghia Architects. Despite being strong enough to withstand earthquakes, the house is made of lightweight modular compartments that can be transported by standard shipping container.

Find out more about S House ›

Proving that cheap houses don’t have to be generic, Tommy Carlsson clad this prefabricated home in corrugated iron and gave it a sculptural appearance that changes when viewed from different angles.

Extremely low-cost materials including bubble wrap and corrugated steel sheets served as insulation in a series of low-cost houses in South Korea, but were also used to bring in natural light.

The post 10 low-cost homes that could help to tackle the global housing crisis appeared first on Dezeen.