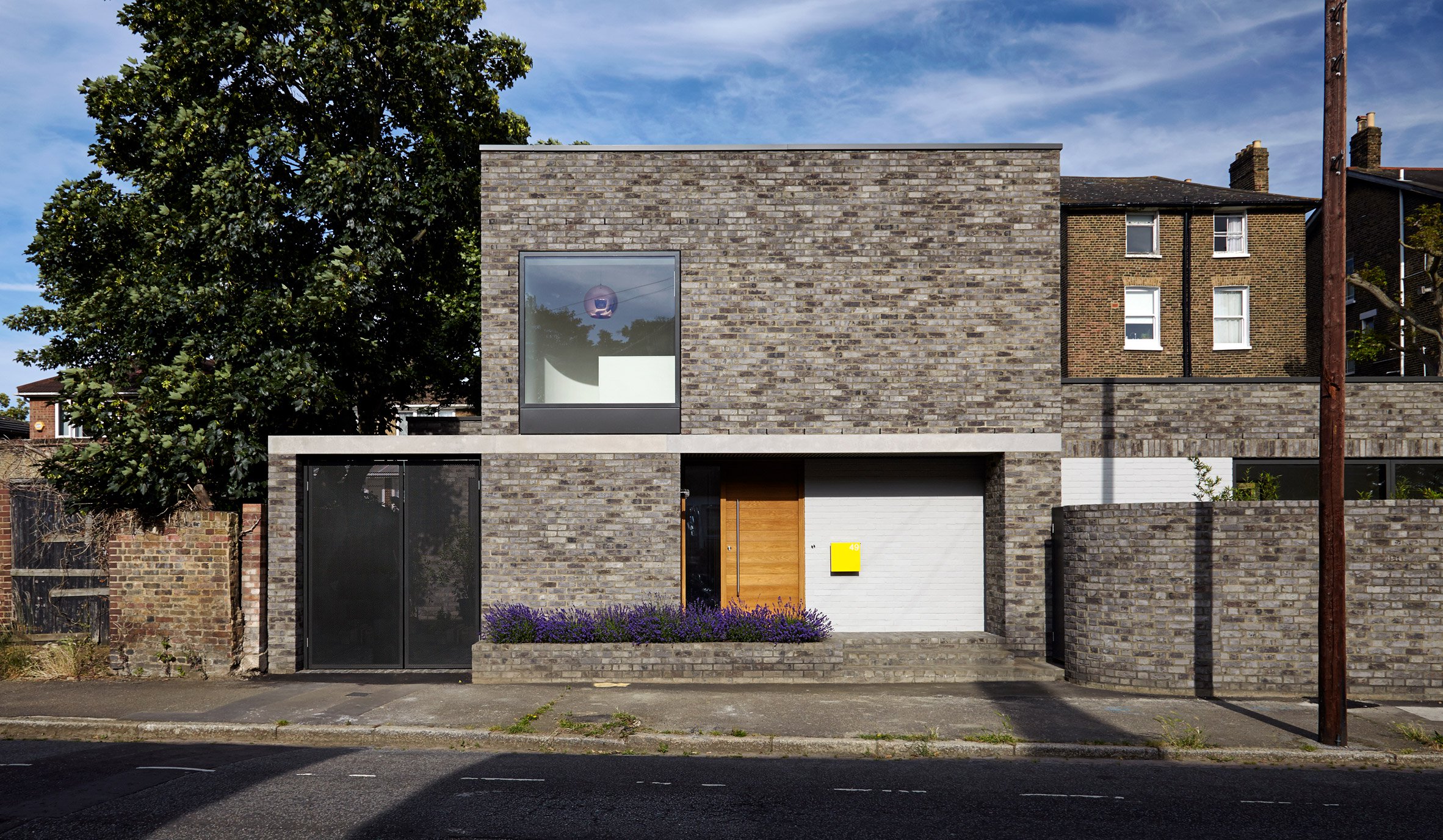 One of the founders of 31/44 Architects has built his own London home, which is arranged around three courtyards to make it easy for domestic life to spill outdoors.

The two-storey house, named No 49, provides a home for Stephen Davies, who is one of three founders of London- and Amsterdam-based 31/44 Architects.

It is is located on an infill site in Lewisham, south London, on a street where Davies previously completed another self-build property, in 2011.

The plot is lined on one side with a typical Victorian terrace, and on the other comprises a random assemblage of fences, walls, mews and garage buildings. It was this mix that inspired Davies’ design.

“The consequent, perhaps subconscious, reaction to the site was to assert permanence – to produce a house with significant visual mass that would begin to define the beginnings of a completed street,” said the studio.

The house has a staggered ground-floor plan, which frames three small courtyards around its perimeter. Meanwhile, the first-floor rooms are pushed back to the towards the northern boundary to make the most of the south-facing aspect.

The result is a building that appears as a cluster of grey-brick cuboids.

The house is raised above street level to provide protection against potential flooding from the nearby River Quaggy.

The main living areas are positioned to the south and are flanked by courtyard gardens at the front and rear. Large openings lining these spaces offer views of the outdoor areas and nearby trees.

A guest suite at the northern end of the house opens onto a third courtyard, and a studio positioned to the rear is oriented to capture southern light.

Birch-faced cabinets are used to define spaces within the interior and to provide useful storage. The units feature concealed fixings, creating seamless surfaces that add a warmth and tactility to the otherwise minimal scheme.

A curved timber staircase features a large picture window overlooking the street. It leads up to a master bedroom that faces south towards the river and a nearby park.

The house’s main entrance is set back from the road, with planters, steps and gates to the courtyards creating a distinct threshold that echoes the eclectic series of structures and openings on this side of the street.

Grey brick was chosen for the walls, to complement the weathered London stock of neighbouring houses. A precast concrete lintel separates the two levels, while unifying various elements including the entrance, gates and upstairs window.

31/44 Architects has previously also completed a red-brick house on another infill site at the end of a London terrace, and a townhouse in Amsterdam featuring a large skylight and sunken living room that was designed for another of its founders.

Photography is by Anna Stathaki.