A Bedside Lamp With A Difference 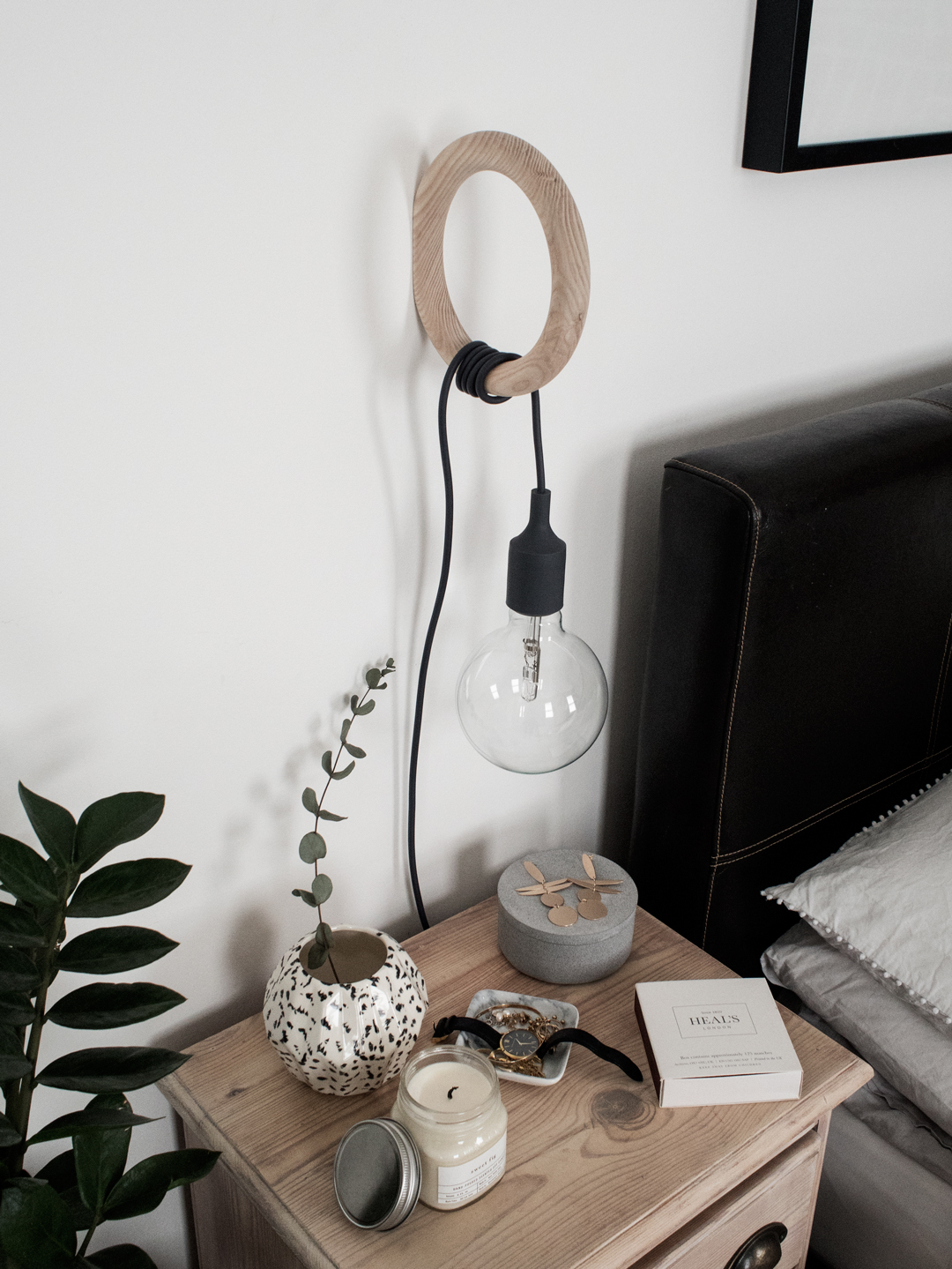 I used the bank holiday weekend to do some DIY in the house; a little project I’d been planning for a while, to convert a pendant lamp into a bedside lamp. I can’t take the credit for the idea though, like most of my projects it was inspired by something I had seen on Pinterest.

I’ve put together a step-by-step guide in case anyone else would like to have a go but aren’t sure where to begin. At the end of the post there are links to everything you would need to buy.

Step 1
Thread the cable through the EU plug so that the two wires extend just beyond the casing. Loosen the two screws in the small transparent plate and thread the the ends of the wire into the little holes. Tighten the screws to hold the wires securely.

Step 2
Then fix the plate into the case of the plug with the central screw.

Step 3
Unscrew the central screw in the UK plug and flip it open. Secure the EU plug inside the two metal clips and then re-close the plug and screw shut.

Step 4
Measure a meter along the cable from the plug and using wire cutters or a Stanley knife cut the cable in two. Carefully cut through the grey outer tube of the cable on each of the newly cut ends, about 2.5cm from the end. And then, do the same to each of the revealed wires about 0.75cm from the ends.

Step 5
Remove the cover of the switch, loosen the screws at each end and thread the wires of the cable into each hole as per the photo below. Then, tighten the screws to secure them in place. Replace the cover.

Step 6
Fit the bulb (using a cloth so you don’t get any fingerprints on the glass) and test it all works. Then, remove the bulb.

Step 7
Using a spirit level to make sure the metal hook is straight, mark the two holes for the screws on the wall where you want the gym hook to go. Drill two holes (I used a No. 6 drill bit), fit the rawl plugs that come with the hook and screw the metal hook in place.

Step 8
Fit the the gym hook onto the metal hook and fix in place with the small screw, using the allen key provided.

Step 9
Wrap the cable through the gym hook a number of times and fit the bulb once more.

Switch it on, et voila!

*given to me to review and featured because I love it!

The post A Bedside Lamp With A Difference appeared first on Style&Minimalism.