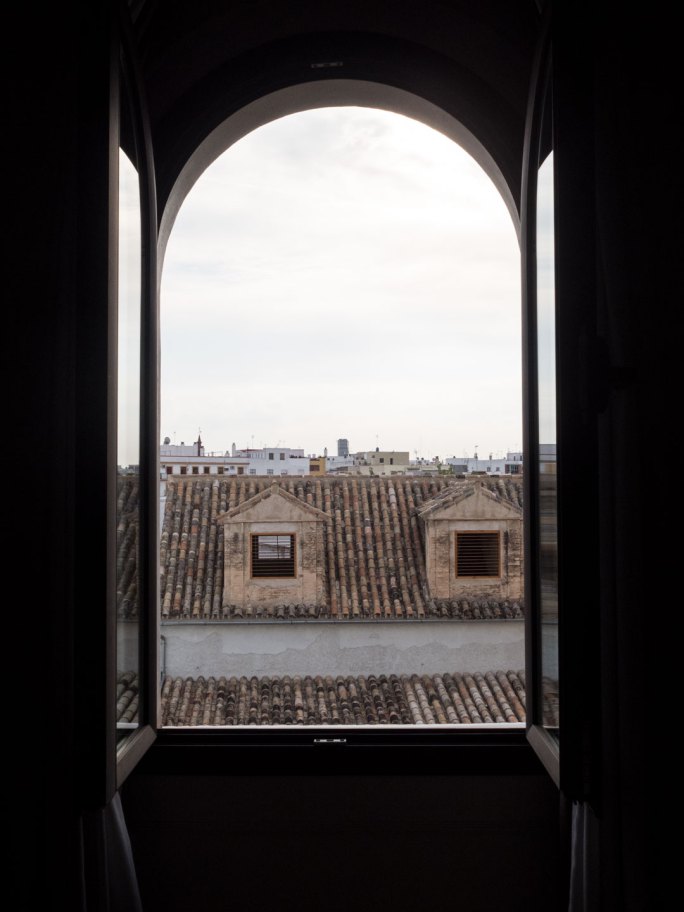 A Stay At The Hotel Palacio de Villapanés In Seville

We flew into Seville in the early evening, as we left the airport and drove into the city the light began to fade. The journey between the airport and our hotel (just 25 minutes) revealed little of Seville’s beauty. The light had all but gone by the time we drove down the quiet little cobbled street, Calle Santiago, where our hotel was located. The Hotel Palacio de Villapanés is a former 18th Century palace in the Santa Cruz district of the city. The façade of the hotel was still impressive, with its huge dark wooden doors tat open onto pink marble stairs and columns; at the top of which a set of ornate black iron gates open onto a magnificent courtyard. In the centre of the courtyard is a classical water fountain surrounded by lush green plants, the soothing sound of the water set the tone for our stay.

We arrived at the hotel just after another couple so we were asked to wait a few minutes in some pretty incredible peacock chairs. We were each given a lovely glass of refreshing Cava to drink whilst we waited. A couple of minutes later we were given a thorough overview of Seville’s old town by Pedro, a member of the hotel’s knowledgable concierge team. We were then shown to our room at the back of the hotel, on the top floor, overlooking a second courtyard. We had a pretty special room, it was simple, comfortable and luxurious with a private terrace and sun cabana. The hotel also has a large roof terrace with a plunge pool that’s open to all guests.

We dropped our bags in the room, changed quickly and headed off to find something to eat. I had been given a few recommendations by friends but as it was getting late and we’d been travelling for the best part of the day we asked the concierge to recommend somewhere good nearby. David (another member of the concierge team) suggested Catalina Casa de Comidas y Más, a restaurant with a simple style that served some wonderful fresh food. I got my octopus fix with a delicious dish of grilled octopus and aubergine, whilst Sophie opted for an amazing courgette salad with smoked sardines, Arzúa cheese and red pesto. We opted for an early night and headed back to the hotel for a nightcap, that’s if camomile tea counts? It was lovely sitting in the inner courtyard taking in our beautiful surroundings.

Our bed was huge with lovely squidgy pillows and two light-as-a-feather duvets (one each). We closed the shutters, pulled the curtains and slept insanely well, to the point where we both slept in late. When we did manage to rouse ourselves and opened the curtains and shutters we were greeted was a wonderful view over the rooftops of the surrounding buildings. One incredible shower with three different jet options and Molton Brown goodies later, I was ready for breakfast. The hotel provides a diverse buffet covering most tastes, as well as offering cooked food and a glass of pink sparkling wine, should you be in the mood.

We were a little gutted to discover the amazing wellness area too late in our stay (we were only there for two nights). The sauna and steam room would have gone down well, had we had the time.

This post was created in collaboration with Hotel Palacio de Villapanés.

The post A Stay At The Hotel Palacio de Villapanés In Seville appeared first on Style&Minimalism. 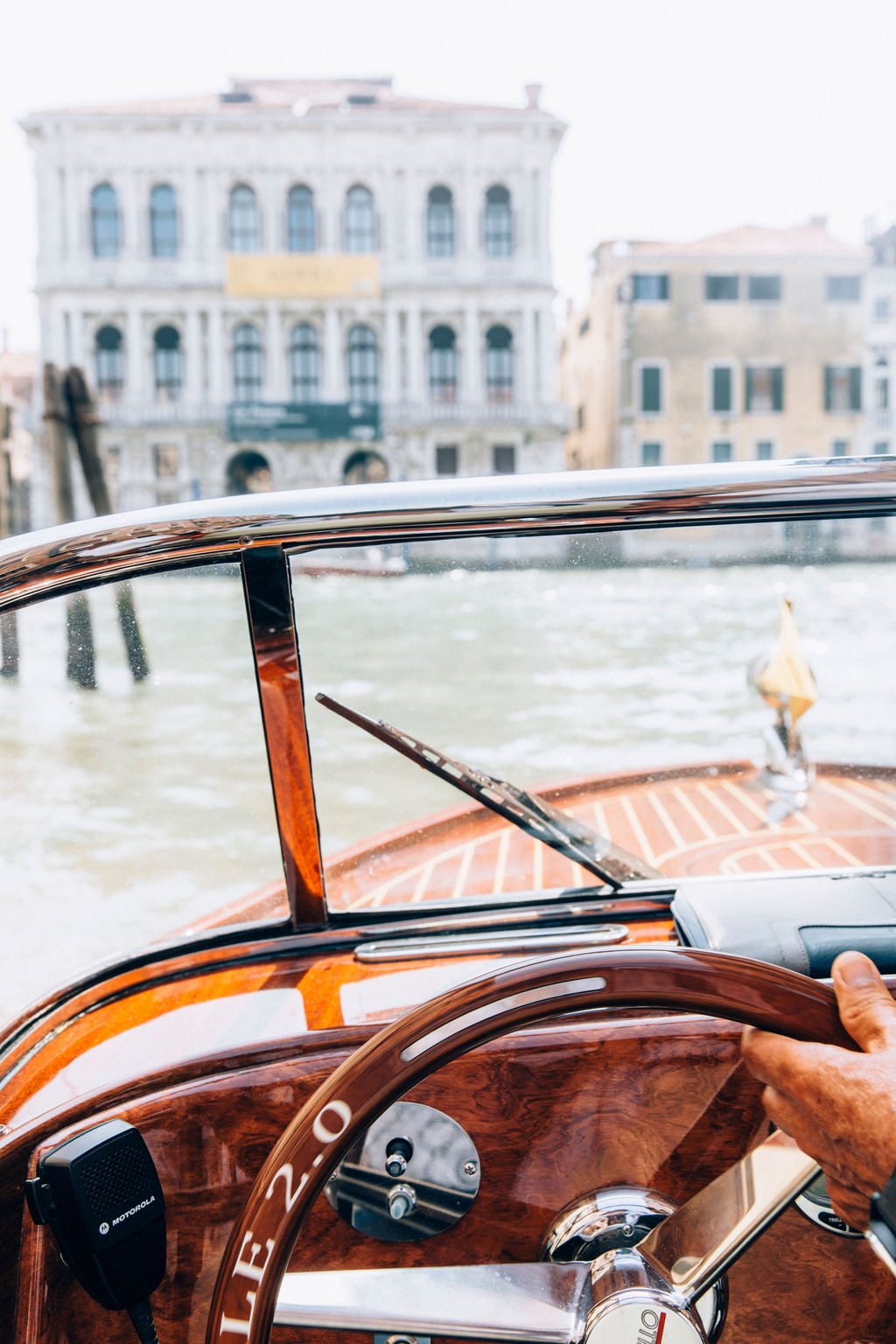