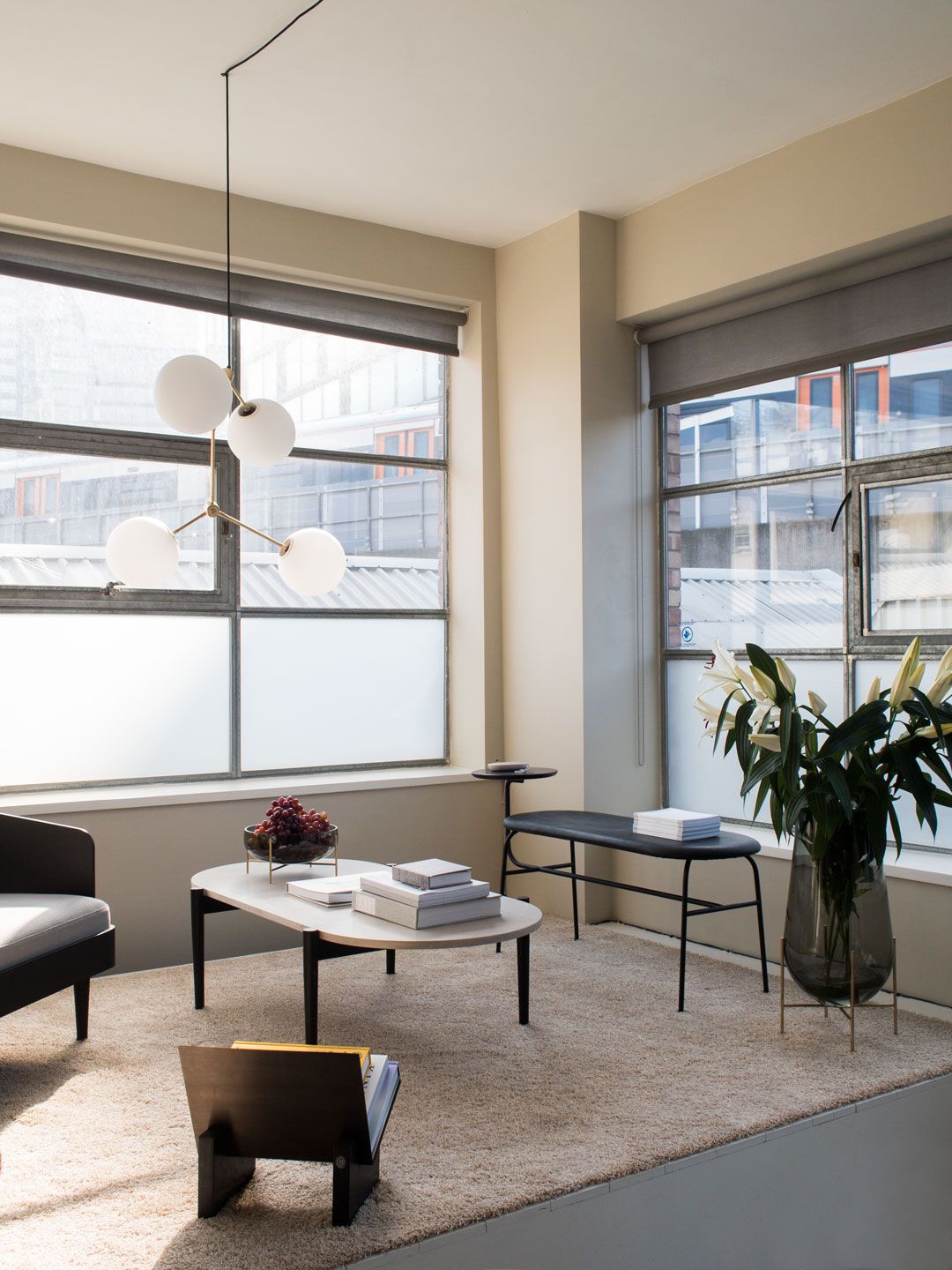 No No Table by Norm Architects & Note Design Studio

So, how stunning is the Menu Show Flat in London? I had a walk round last month and was tempted to sack off the rest of my day just to hangout in this beautiful space, surrounded by some of my favourite contemporary designs. I was having such a good time chatting to Line (Menu’s PR Manager), Tim Rundle (designer of the TR Bulb) and Menu resident, Casper. Tim and I got into a rather geeky chat about materials and how each of us has been influenced by them in our work life. It was only because the two meetings I had planned for the rest of the day were also exciting ones that I thanked the team and eventually headed off.

If you’ve got this far and are wondering who Menu actually are, you probably haven’t spotted their amazing designs in many of my Homeware posts. They’re a Danish design brand that collaborate with some incredibly talented people – including Norm Architects, who I featured in my last Homeware post . Their products are visually minimal whilst being highly functional and very beautiful. They often have a timeless quality to them, you could easily mistake a piece for something made last century but equally yesterday. This is one of the reasons I think they’re so great at what they do and who they choose to work with. I feel you could buy a piece of furniture from them and have it in your home for a decade without anyone pinpointing when it exactly it was made.

The post A Tour of Menu’s London Show Flat appeared first on Style&Minimalism.