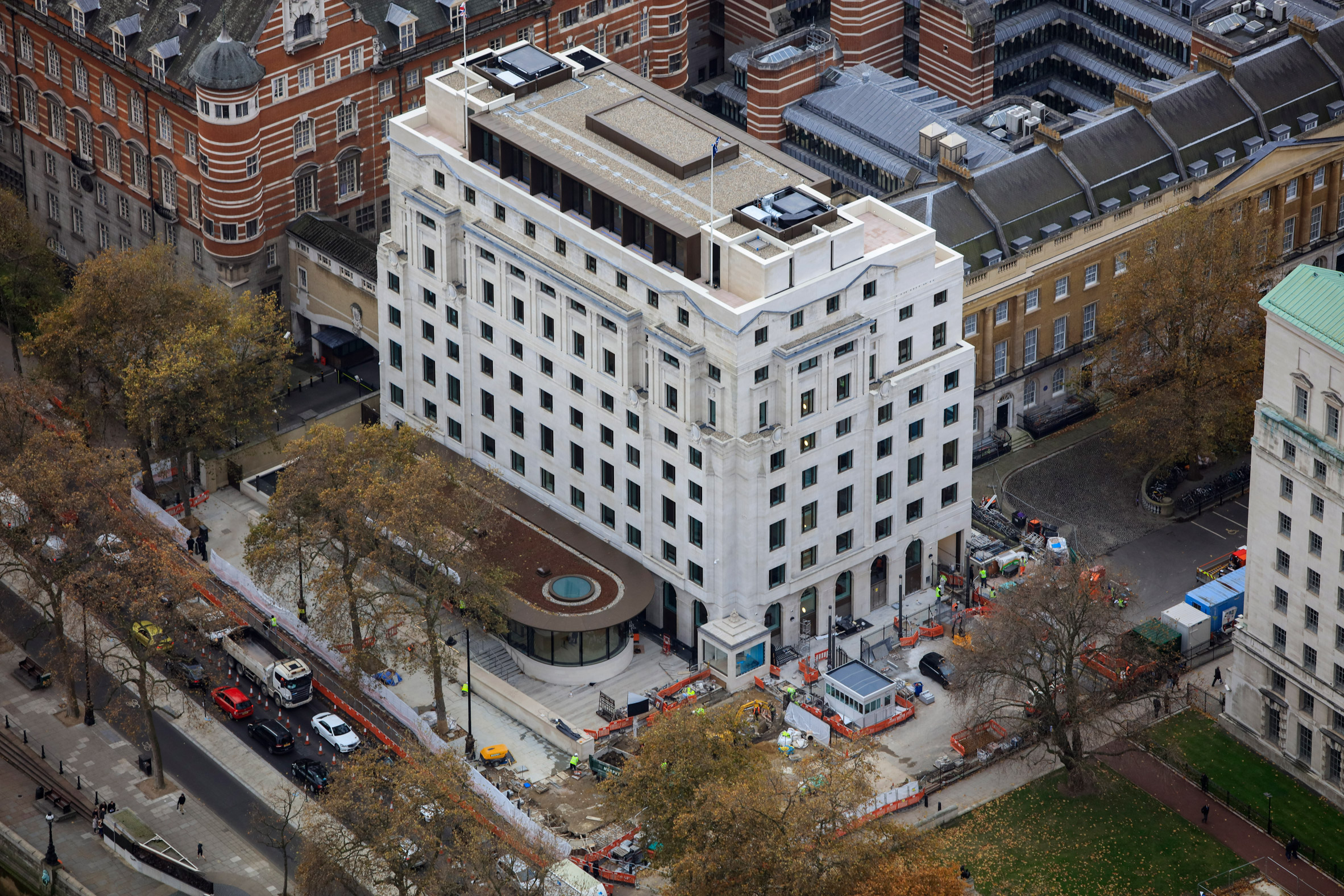 Now fronted by a squat oblong entrance pavilion and capped by a bronzed roof extension, the neoclassical block has also undergone a significant interior reorganisation by Stirling Prize-winning practice AHMM, which first revealed plans for the £60 million project in 2013.

The building, which faces the Thames from the Victoria Embankment, was originally designed for the Met police service by British architect William Curtis Green in the mid 1930s, and occupied until the mid 1960s when the headquarters was moved to a new site near Victoria.

“Our New Scotland Yard preserves and showcases elements unique to the heritage of the Metropolitan Police whilst creating a robust headquarters building, fit for the 21st century in the heart of Westminster,” said AHMM director Paul Monaghan.

A revolving sign – one of the most iconic features of the Met’s old home in Victoria – has been retained and now signposts the AHMM-designed entrance pavilion.

Spanning almost the full width of the front facade, the pavilion is raised on a pale stone plinth that visually marries the addition with the Portland stone walls of the original building.

Its curving glass walls are intended to convey a message of organisational transparency and create a “non-institutional” entrance.

The pavilion is also intended as a memorial for officers who died in the line of duty, with an eternal flame and contemplation pool visible through the glazing.

Lifts rise through a glazed void in the centre of the building to the roof pavilion and illuminated terraces on the eighth floor.

The additions are intentionally restrained and make reference to neighbouring Whitehall buildings, including the striped brickwork of Norman Shaw’s adjacent North building.

Accents of colour are added through the peach- and bronze-toned louvres that cover the rear facade and the tiled splashbacks in the toilets – a reference to the checkerboard designs applied to police cars.

AHMM, which ranked as one of the most read-about architecture firms in the first Dezeen Hot List, won the Sterling Prize for another renovation project – the Burntwood School in southwest London.

Photography is by Tim Soar.