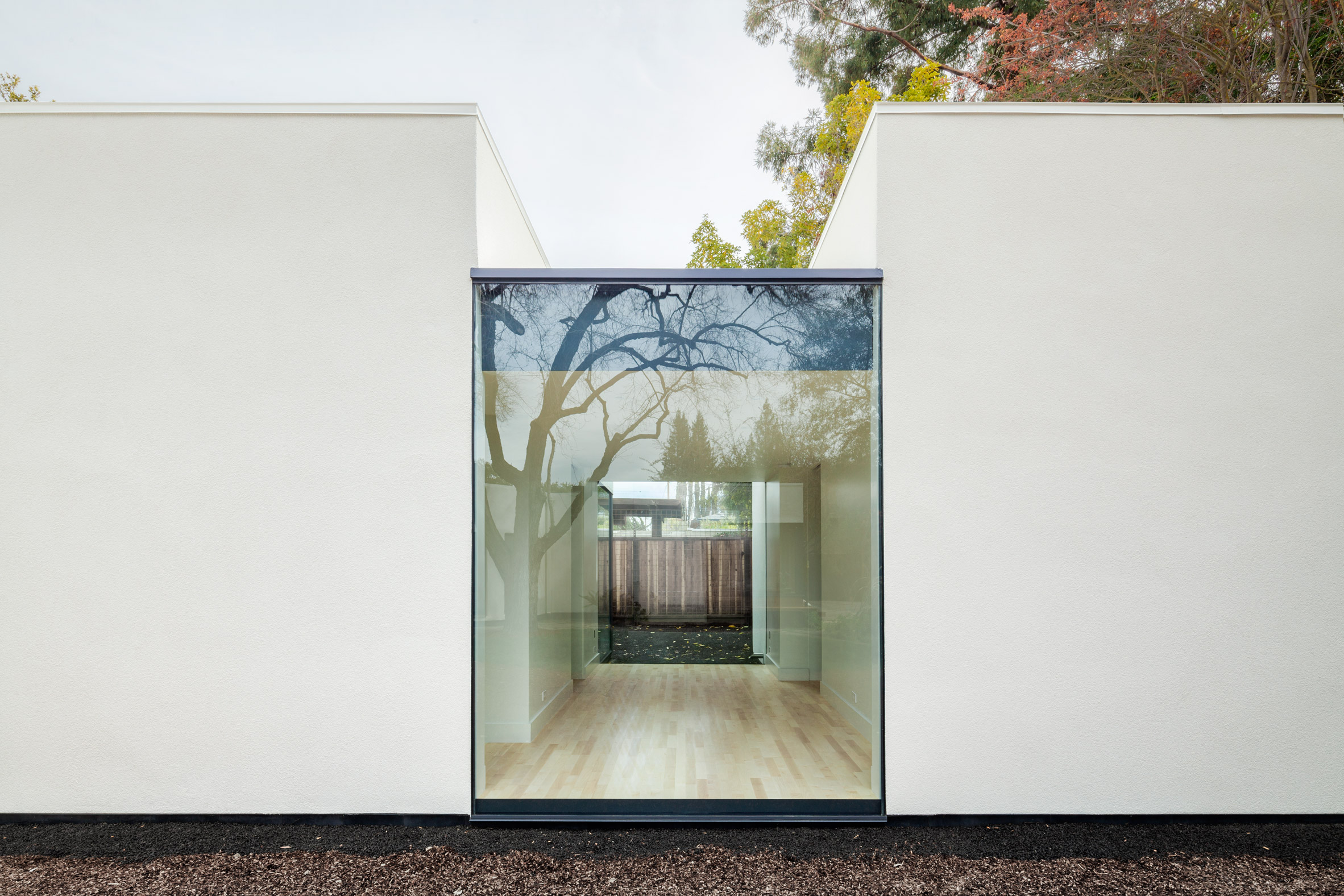 Californian firm AJ-A has extended an adobe brick residence from the 1940s, contrasting the rustic material with pared-down finishes and minimalist geometry.

The 1,150-square-foot (107-square-metre) addition includes a master suite for the residents, a guest bedroom, and a new dining room that is adjacent to the existing kitchen.

“A series of simple solids and voids control views and orchestrate movement through their various internal and external alignments,” said the firm led by Alexander Jermyn.

The extension’s mostly opaque volumes are interrupted by dramatic floor-to-ceiling windows, which appear to be frameless.

A previous addition to the residence in Palo Alto, California, inspired the architects’ choice of materials and forms.

They describe this vocabulary as “spare, platonic boxes of a perceptual mass defined precisely at their junctions to openings with a material thinness”.

The extension to the home begins with the dining room, which deliberately contrasts the materiality of the existing home.

“This counterpoint between the minimalism of the new with the rough texture of the old guided the decision making process for the addition,” said the firm.

Beyond the dining room, a master suite and guest bedroom are separated by a fully-glazed reading room. In addition to creating large openings to the garden that encircles the home, the architects cut out skylights that minimise the need for any artificial lighting during the daytime.

Inside, wooden floors and plain white walls complement the exterior palette. The master bedroom features a large frosted glass partition that separates the closet from the bed.

TP-H residence was recently awarded an AIA Design Award from the organisation’s East Bay chapter, in California. This recognition is given to highlight quality residential design in the Bay area.

Other minimalist projects in the state include a prefabricated hillside retreat clad in weathering steel and a home in Hollywood Hills that aims to “revive mid-century modernism”.

Photography is by Lucas Fladzinski.