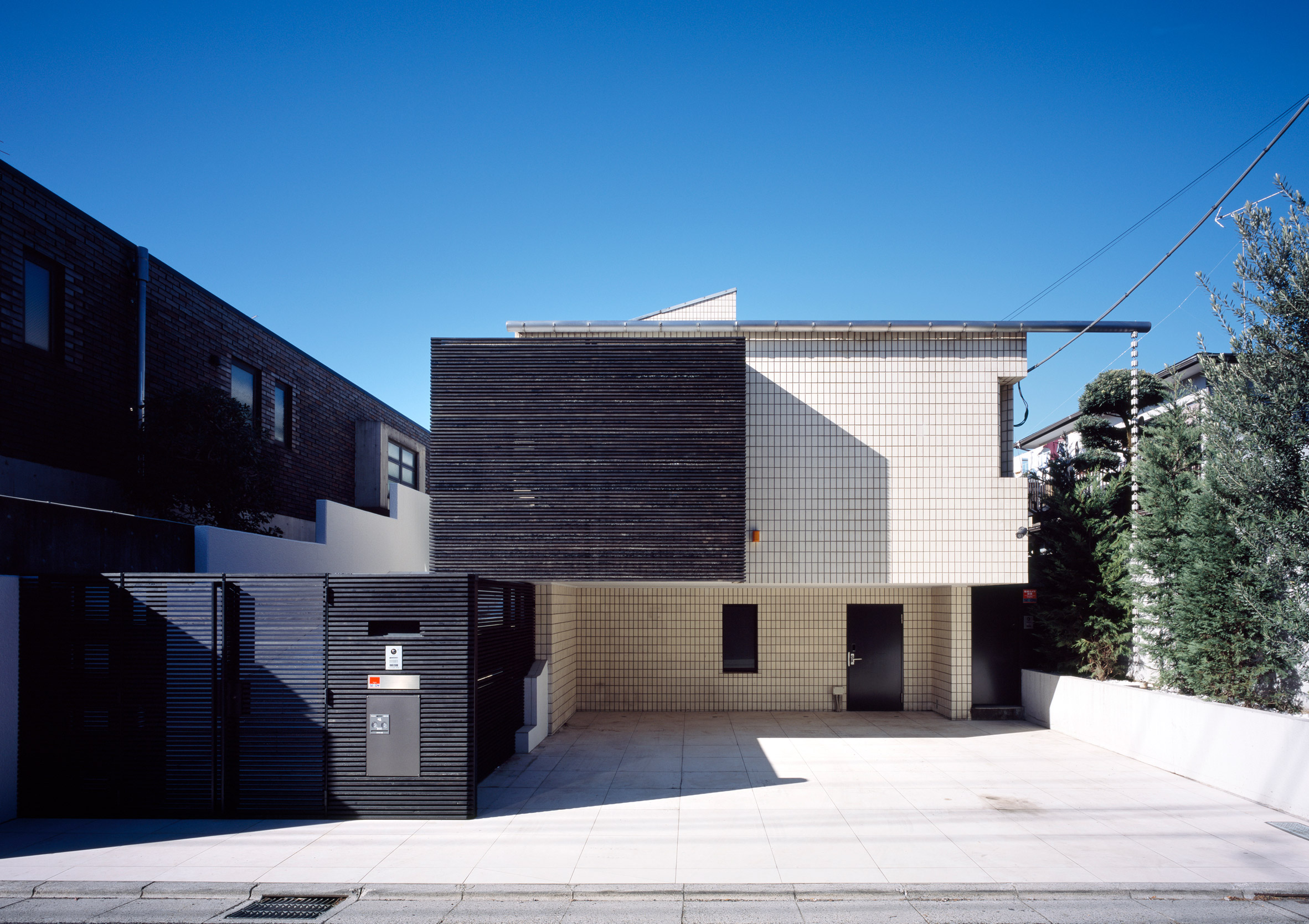 Rooflights, pale tiles and glossy flooring are among the tweaks that Apollo Architects & Associates made to a family home in Toyko to give it a light-filled living, kitchen and dining room.

The Japanese architects were tasked with renovating the two-storey residence for a client whose father had built the house over 30 years ago. It is located in a suburban area of Tokyo called Ōta, or Ōta City.

The aim was to make the house better suited to his family’s contemporary lifestyle with as few changes as possible. Originally, the client had wanted to replace the property but changed his mind after finding that the existing reinforced concrete structure was still in good condition.

Apollo Architects & Associates left the exterior of the house, apart from adding new windows and doors, and focused on making subtle adaptations to the interiors. The studio describes their approach as “re-trimming”, which is why the house is called Trim.

“In order to retain the atmosphere and design approach of the previous generation, the client requested design solutions that would meet the needs of a contemporary family’s lifestyle but involve as few changes as possible,” said the architects.

“Overall, this renovation did not aim to change the space as much as possible, but instead to sharpen the space by re-trimming unchanged scenes.”

The main alterations were made to the family’s main living areas on the first floor of the two-storey house. This included opening the ceiling to the existing attic to increase the height of the spaces and allow for daylight to come in through a series of skylights.

Part of a wall was removed to create an open-plan kitchen and dining room, with just the beams and columns of the existing structure to create a portal-like frame between the two.

Long and narrow cream-coloured tiles line the frame to the dining room, as well as the walls inside. The space also features a pair of sliding glass doors that open to a terrace overlooking the covered back garden below.

Forming the heart of the family hub, the kitchen is finished with bright white cabinets and a large central island for entertaining. There is also a black dining bench that faces a window.

Glossy beige tiles cover the floor across both the dining room and kitchen, as well as the lounge, which is accessed on the other side of the kitchen by a smaller version of the portal-frame. Previously, the interior had been dominated by dark timbers.

“In contrast to the distinctive wood interior of the existing structure, the renovation uses an abundance of hard, sharp materials such as marble, border tiles, and glass to create a simple, stylish space whose keynote colour is white,” they continued.

A similar style continues throughout the rest of the residence. Leading to the level below, the staircase features a glass banister with a simple white metal handrail, and the wall beside is also covered in the tiles.

On the lower floor, a paler tile lines the walls of the bedrooms, with black glass doors leading to the dressing room.

A Japanese-style room occupies the dark wood-clad volume that extends at the front. Light seeps in through the cracks in the cladding and translucent windows to create a diffused lighting inside.

Apollo Architects & Associates now has offices in Japan, China and South Korea. Other projects by the firm include a narrow house on a Tokyo high street and a combined house and hair salon.

Photography is by Masao Nishikawa.

The post Apollo Architects’ minimal renovation aims to keep the atmosphere of an old family home in Tokyo appeared first on Dezeen.