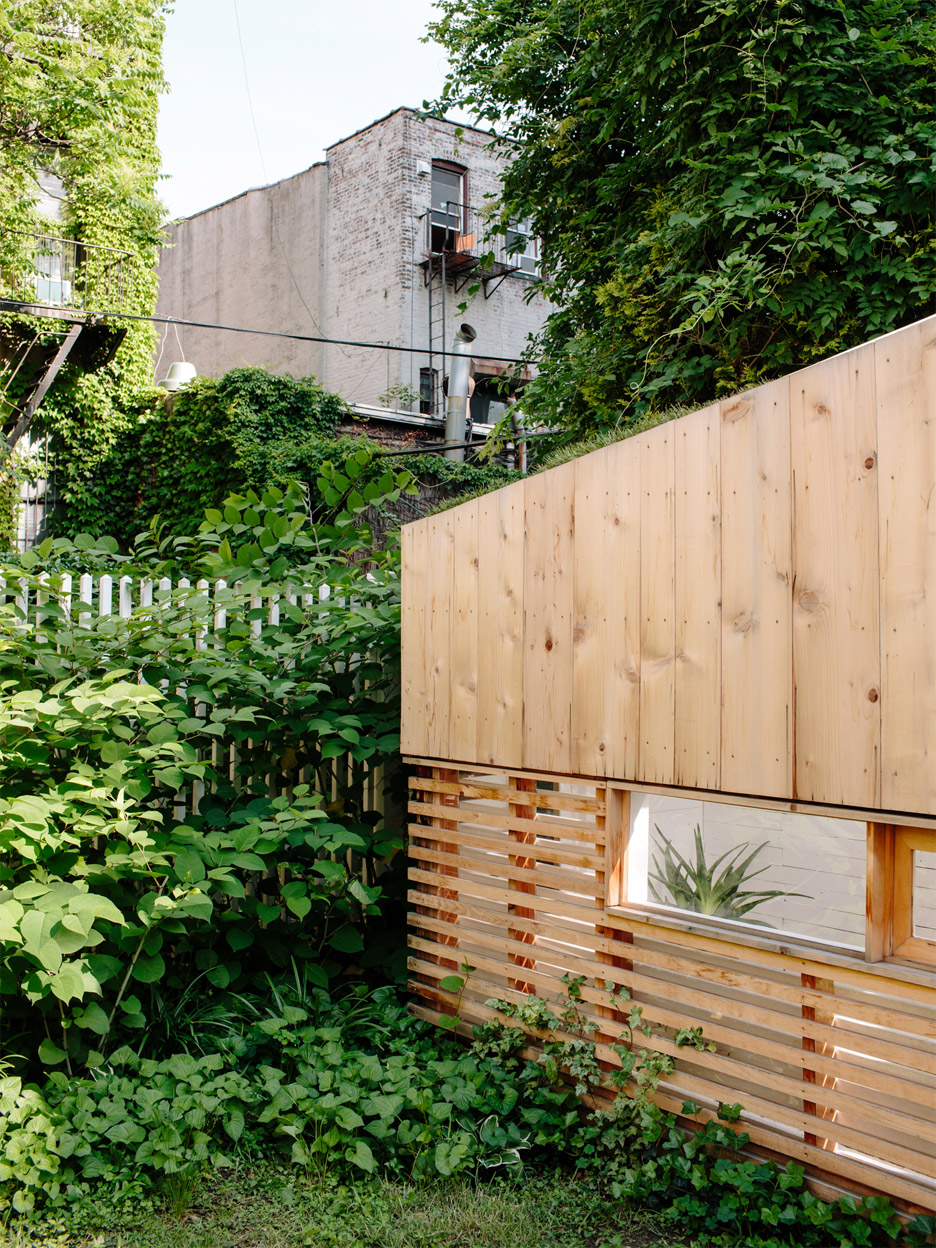 American architect Nicholas Hunt has built a micro studio in the backyard of his Brooklyn home, intended to provide “solitude within the immense landscape of New York City“.

It sits in the slender yard behind the architect’s ground-level apartment in a townhouse in Boerum Hill, an upscale neighbourhood in Brooklyn.

Hunt received approval from his landlord to erect the dwelling.

Hunt’s motive for the project was to provide an escape from the city, through both the act of building the dwelling and inhabiting it.

“The garden studio provides a seemingly detached space of solitude within the immense landscape of New York City,” said Hunt, who founded the local firm Hunt Architecture with his brother, Andrew, in 2013.

“It is a perfect spot for enjoying a book or an afternoon nap.”

Rectangular in plan, the studio’s “simple and clean” form was driven by a desire to keep the ceiling heights low. The ceiling rises 5.6 feet at it lowest point and 7.6 feet at its highest (1.7 to 2.3 metres).

The angled roof, which is partly covered in grass, enables rainwater to slide off the dwelling.

Built atop a cinder block foundation, the dwelling consists of a standard wooden frame, wooden walls and salvaged cedar siding.

The interior, which is painted all white, features walls sheathed in old fence pickets.

Light enters the space through a skylight made from Plexiglas – a transparent acrylic – and several low-lying windows.

Openings are strategically placed to maintain privacy while providing views of the garden and sky.

“A double-layer of horizontal slats allow low views out from a seated position, yet restrict the prying eyes of neighbours from floors above,” the architect said.

The building emits a soft glow in the evening, in turn illuminating the backyard and surrounding trees.

Other examples of small retreats include a cedar-clad writer’s studio in Brooklyn by Architensions and a writing studio on a hill in Los Angeles by Aaron Neubert Architects.

Photography is by Brian Ferry.