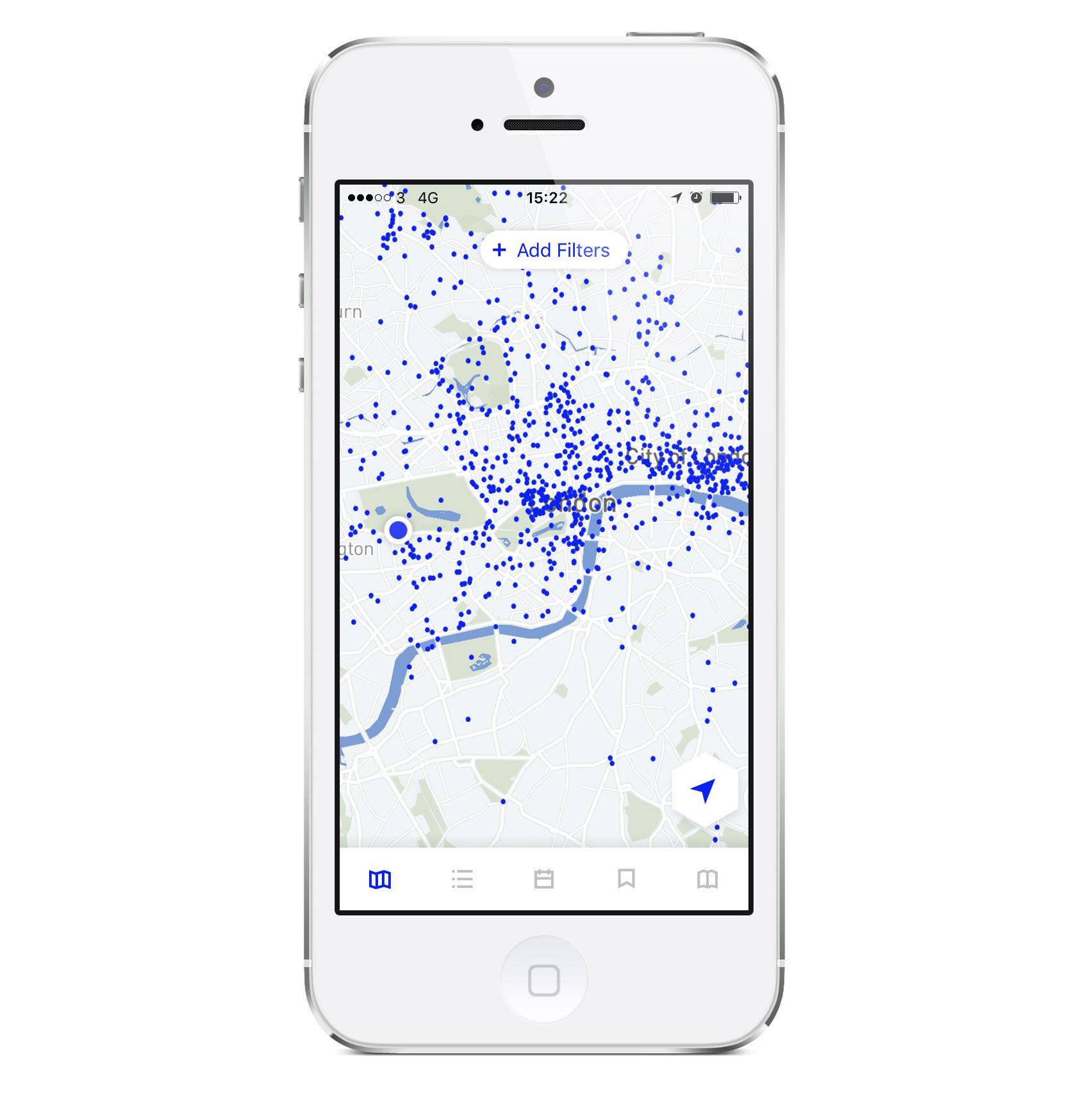 The Architecture Foundation has launched a free app that maps the location of over 1,100 historic and contemporary buildings in London, and provides a brief overview of their architectural significance.

The app – named Guide to the Architecture of London – expands on a book originally published by architects Edward Jones and Christopher Woodward in 1983.

It contains over 1,100 profiles of iconic and hidden buildings in the city, each with photographs and a critical text.

These are pinned onto a map of London, allowing all entries to be GPS co-ordinated and quickly filtered by architect, building type, date and proximity to the user.

“London’s streets are bursting with remarkable buildings from all eras but it can be hard to find out about them in mainstream guidebooks,” said Architecture Foundation director Ellis Woodman told Dezeen. “Whether you are a resident or a tourist, the guide will make your experience of London infinitely richer.”

The app covers buildings that range from Christopher Wren and Nicholas Hawkmoor’s classical 18th-century churches to brutalist housing estates such as Alison and Peter Smithson’s ill-fated Robin Hood Gardens. Jones and Woodward give their take on these buildings, some are heavily praised while others are met with scepticism.

While some of the comments date to the book’s publication in the 1980s, Woodward and Jones have also written new entries for buildings that have been completed since the most recent edition of the book was published in 2013.

These include Caruso St John’s Newport Street Gallery, which is described as having “a series of beautifully proportioned enfilade rooms”, and Herzog & de Meuron’s Switch House for Tate Modern, which the architects outline as “clothed in a technically sophisticated and beautifully built honeycomb of dark brick”.

The Architecture Foundation (AF) will continue to update the contents of the app annually not only to include newly completed buildings but also expand its geographical reach.

“The book has always been strongly focused on the centre of London but the greater capacity of the app also provides the opportunity to now pay greater attention to the periphery,” Woodman told Dezeen.

Users can bookmark their favourite buildings as well as read a series of essays on London’s architecture. The app also lists architecture lectures and other events organised by the foundation.

“The AF exists to bring people together in campaigning for a better built environment,” said Architecture Foundation deputy director and Dezeen columnist Phineas Harper. “I believe a core part of that mission is helping Londoners to fall in love again and again with the architecture of their city.”

The app, which was published in partnership with Brockton Capital, can be downloaded from the App Store.

Earlier this year, transport app Citymapper converted its data analysis into a real-life bus, which it trialled on an under-serviced route in London for two days.