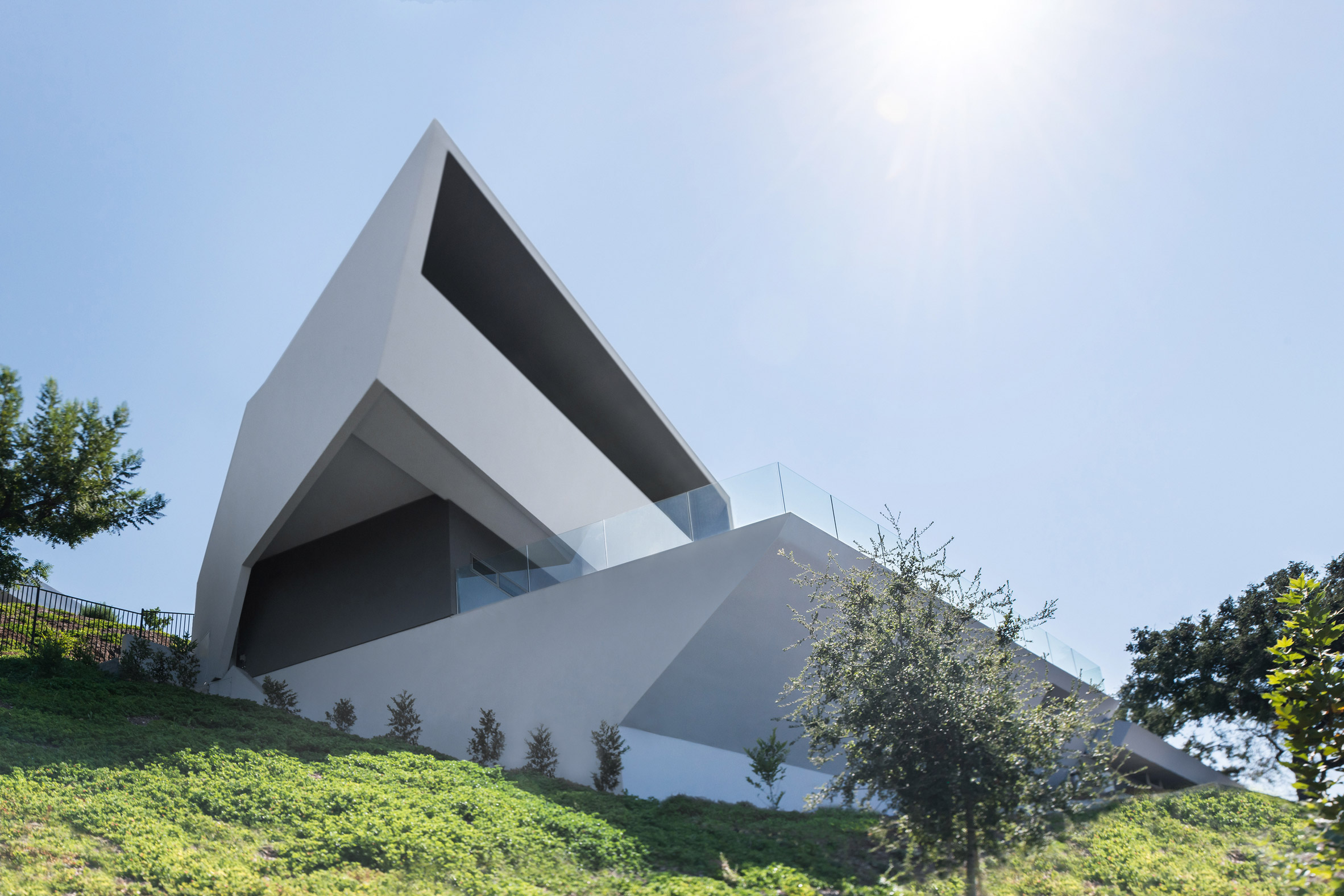 Los Angeles firm Arshia Architects has created a sculptural white hillside residence to comply with the stringent zoning requirements of its exclusive neighbourhood.

The project – named MU77 – is perched on a hillside off Mulholland Drive, in affluent Hollywood Hills.

The architects faced several zoning restrictions that informed the design of the four-bedroom property.

“This scheme was moulded by the strict regulations of the Mulholland scenic corridor plan, along with extreme site constraints,” said the architects.

“The residence is integrated into the surrounding landscape with a geometric appearance that mimics the terrain and sudden deviations of natural rock formations.”

To protect neighbouring properties’ views of Los Angeles, the studio sunk the home 18 feet (5.5 metres) into the terrain. This ensures that the project does not interfere with existing sightlines at street level.

The house is entered on the upper floor, where the architects located two bedrooms and an office that features a sliding partition wall. These rooms are at either extremity of the longitudinal volume.

The centre of the building is occupied by a grand staircase that leads to a double-height living space.

“The main living and entertainment centres are situated on the lower level, aligned with the outdoor deck and infinity pool,” said the firm.

This central area is illuminated by a floor-to-ceiling window that spans the house’s two storeys and looks out onto the city.

A family room is placed at the western extremity, while the master suite occupies the eastern end. These benefit from direct access to the expansive exterior space on the north side of the house.

The home’s decor is kept at a minimum. The house is instead expressed through the complex angled geometries that define its every surface.

MU77 recently earned a 2016 Design Award from the Los Angeles chapter of the American Institute of Architects. The award is given to a project that demonstrates excellence in design.

LA is known for its avant-garde architectural experimentation. Other projects in the city include a white rectilinear home designed to revive the tradition of mid-century modernism and a low-slung residence that was clad using adhesive double-sided tape.