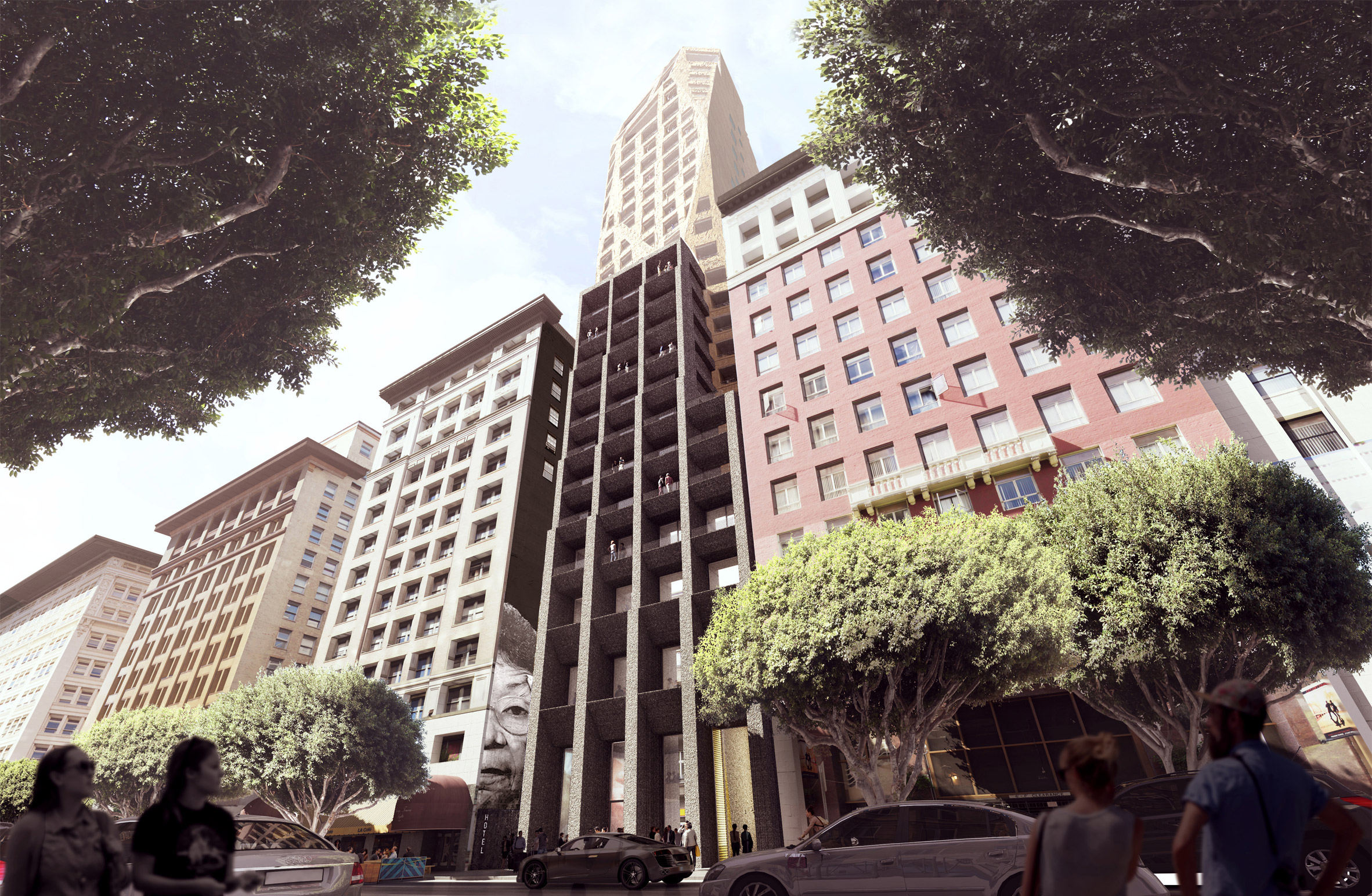 American studio ASAP has conceived a new hotel for the urban core of Los Angeles that is meant to evoke a rock emerging from the landscape.

The Spring Street Hotel is proposed for the core historic district in Downtown Los Angeles.

The 28-storey building, which is now under construction, is meant to capitalise on the area’s growth and increasing role as a business and tourism destination.

“The design will build on its distinctive location and cultural context to create a landmark destination and memorable hospitality experience,” said ASAP, or Adam Sokol Architecture Practice, a studio with offices in LA and Buffalo, New York.

While conceiving the design, the team drew inspiration from the region’s natural features. “The design of the hotel is based on the idea of a large rock in the landscape drawing on a generation of land art in Los Angeles and the southwestern United States,” the studio said.

The building is meant to stand in contrast to neighbouring structures. “It benefits from the tension with the existing historic buildings to create a distinctive icon in the landscape,” the firm said.

Encompassing 160 000 square feet (15,000 square metres), the hotel will contain 176 guest rooms, including 20 suites. Concrete, wood and glass will be used to create interior spaces that are “simple and modern”.

The entrance is framed by outdoor public spaces, and the roof – with its bar and pool – will also serve as a gathering spot.

“The roof bar will be Downtown Los Angeles’ highest outdoor public space, with panoramic views of the skyline and mountains,” the team said.

Additional amenities include a garden bar with a movie screen, a restaurant, banquet areas, meeting rooms, a gym, a business centre and retail space.

Other buildings proposed for Los Angeles include a trio of residential towers by Skidmore Owings and Merrill and P-A-T-T-E-R-N-S and a mixed-use scheme by Bjarke Ingels Group that incorporates housing, offices and public spaces within a giant concrete framework.