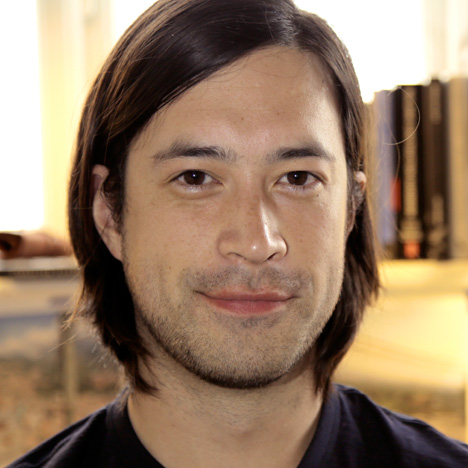 Augmented reality could lead to a dystopian world where everyone is trapped by their own views. It’s up to architects to set them free, argues Owen Hopkins in his first Opinion column for Dezeen.

Walking down a street in central London, I stare down at my smartphone screen. Only a few more metres to go. I quicken my pace, facedown in my phone, oblivious to the world passing around me. I reach a small intersection. Where is it? It should be here. Then I see it. It’s small, about the size of a dog, but yellow and with a strange zig-zag tail. It looks at me expectantly. At last, I’ve caught my first Pikachu.

My pursuit of this cartoon-like fictional creature will be familiar to any one of the millions of people who have played Pokémon Go, which took the world by storm last year.

Part of the game’s popularity clearly stemmed from the nostalgia around its 1990s Gameboy forebears. Yet its seductive merging of the digital world of Pokémon with external reality showed the potential of a 21st-century technology set to fundamentally transform the ways in which we interact with the world: augmented reality, or AR.

AR’s current dependency on smartphone screens is diminishing, and quickly

At the moment users have to consciously switch into the AR of Pokémon Go, which only comes into being on a smartphone screen. However AR’s current dependency on smartphone screens (at least in its mainstream applications) is diminishing, and quickly. Even after the market failure of Google Glass, companies like Microsoft, HTC, Magic Leap and, if we believe a recent rumour, Apple are devoting serious time and money into developing AR (and VR) headsets and glasses.

Some of these products are already on the market. Given the pace at which this technology is developing it won’t be long before AR functionality is integrated into contact lenses, ensuring that there will be no perceptible signifier that someone is experiencing AR or not.

With this weight of capital driving AR forward, it is safe to say that catching the occasional Pokémon is just the start. The logical endpoint of AR is to be seamless and pervasive, with digital overlays constantly and completely mediating how we experience the world. In effect, we will view everything refracted through our smartphone – phone calls, emails, news, social media, games will all be their right in front of us.

But, of course, that’s just the start. When, for example, we look up towards the flashing lights of Piccadilly Circus or Times Square, we will see ads that are tailored to us personally. When we walk through the supermarket, products will actively encourage us to purchase them, based on our previous purchasing habits, or perhaps even a realtime analysis of our blood-sugar levels. If we’re trying to find a restaurant, a trail will be laid out on the pavement for us to follow. And these are just the obvious, initial applications; the possibilities of AR are limitless.

The consequences for architecture are quite troubling. Why spend money on an elegant facade or an expensive material when it can be created far more cheaply as an AR digital overlay? And what’s more, that overlay is infinitely flexible.

If I prefer the classical style, then the building can present itself as a classical one. Then again, if I’m a brutalist nut, the AR can make sure I see only concrete. Why bother with windows facing a particular view, when we can decide whether we’re looking out on London, Paris, a Tuscan landscape or even the Great Barrier Reef? Why spend time lighting a room in a particular way, painting it a particular colour or lining it with a particular material, when its appearance will be able to change automatically depending on each individual’s preference?

With every visual aspect of a building rendered infinitely alterably, it is no understatement to say that AR heralds the complete abolition of architectural practice as we know it. So, where does this leave architects, if it leaves them anywhere at all? A clue, I think, lies in the social and political implications of this blurring of the physical and digital worlds, which we are already seeing play out.

In the era of “fake news” and increasingly polarised online communities, it has become abundantly obvious that what we see on Facebook, Twitter, even when we do a simple Google search, is far from an objective or unmediated view of the data, but a curated one, shaped in its entirety by algorithms. All the tech giants that depend on clicks and traffic have a vested interest in showing us only what we want to see, and in screening out what we don’t. And the more we use their platforms and click on what we like, the better that screening and selecting process becomes.

This is not just only showing us the particular brand of shoes we’re into, but news stories, factual articles and opinion pieces that correspond with and then, in turn, reinforce our pre-existing ideas and preferences. In time, this begins to alter our world view; we see only that which we already agree with, which we then uncritically assimilate, even if something it bears little or no relation to reality.

Architects could become “closer to game designers or filmmakers”

“Group think” is, of course, nothing new – architects are among the most frequent offenders – but now the mechanisms exist for ensuring that alternate views aren’t just ignored, they’re filtered out before we ever encounter them.

Currently, social media exists on a screen, separate from external reality, but what will ensue when it inevitably follows Pokémon Go and crosses over into AR? What will happen when the social-media echo chamber exists not just online, but in external physical reality, and the self-selecting and screening effects apply to our everyday existence – affecting not just ideas and opinions we receive, but places we visit and people we see?

Perhaps while chasing the Pikachu down that London street, I saw several people sleeping rough. What will it do to my views on welfare provision, on taxation, on the type of society I want to live in, if the algorithms that shape my AR decide (without my explicit knowledge) that maybe I’d prefer not to see the homeless, or the poor or people of different races? The implications of AR are not just troubling, but downright dystopian.

The implications of AR are not just troubling, but downright dystopian

The fragmentation of the public sphere that we’re already experiencing is just the beginning. AR threatens its complete and irrevocable shattering, taking us to a world where our views, ideas and opinions have been wholly privatised and are constantly served back to us in a never-ending cycle of regurgitation.

But this doesn’t have to be inevitable. Technology can be moulded to benefit everyone, and rather than facing professional oblivion as most of their traditional tasks are all but subsumed by AR, architects might actually take the lead in doing so.

Architecture is fundamentally an optimistic pursuit. We build in order to create a better world. Some buildings inevitably contribute more than others. But even the most cynically conceived project contributes in some way to the public sphere and has some element of human progress inherent in it.

The task for architects over the next few decades is to seize the optimism inherent in their discipline and harness it to stop the otherwise inexorable march towards a world of ever-increasing extremes. In a world where everyone is trapped in their own AR, it’s up to architects to set them free.

Owen Hopkins is an architectural writer, historian and curator. He is senior curator of exhibitions and education at Sir John Soane’s Museum and was previously architecture programme curator at the Royal Academy of Arts. He is the author of books including Reading Architecture: A Visual Lexicon (2012), Architectural Styles: A Visual Guide (2014) and Mavericks: Breaking the Mould of British Architecture (2016).

The post “Augmented reality heralds the abolition of architectural practice as we know it” appeared first on Dezeen.