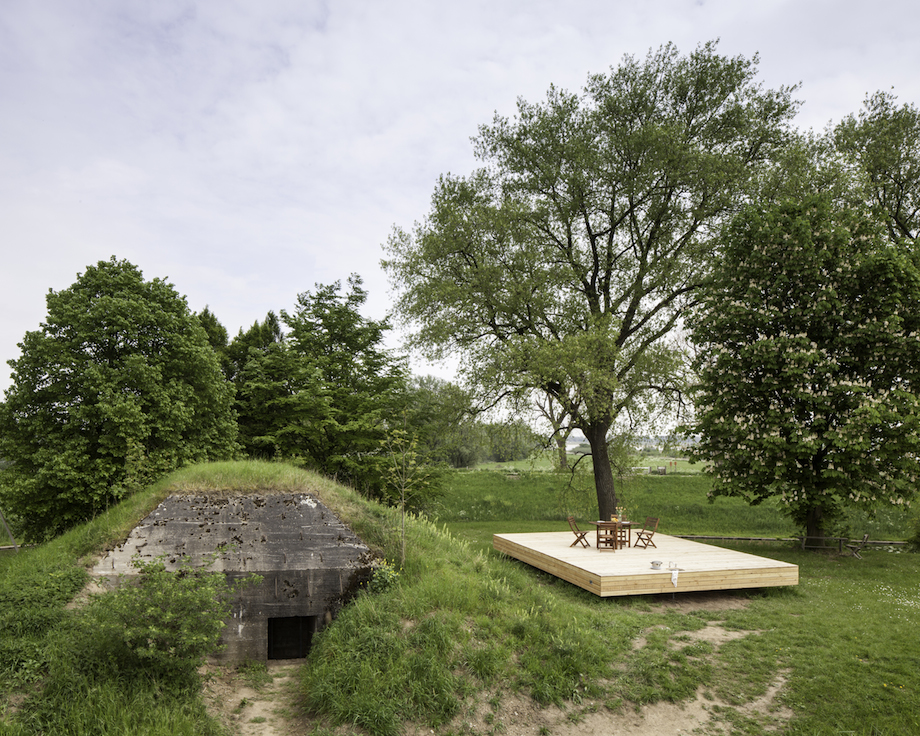 B-ILD Turned An Old Bunker Into A Vacation Home

Architectural practice B-ILD turned an old war bunker into a holiday home for two families as an advertising campaign at first though due to its success it was decided to keep the bunker permanently open for accommodation. The half-buried bunker lies on the site of the Fort Vuren in the Netherlands.
Since the usable surface of the main room measures 3 by 3m with a height of just 1.8m, only the bare essentials for a family holiday could be added. Taking inspiration from ‘Le Cabanon’ by Le Corbusier, flexible wooden furnishing was conceived to maximize the potential of the interior space. The main room functions as a living room as well as a bedroom. All furniture can fold or slide away or be pushed up and down, therefore all objects have a double function. The limited surface of the bunker was extended with an outdoor deck that can accommodate activities such as cooking, sitting, sunbathing and storage. The perimeter of the deck is an exact copy of the outer circumference of the bunker making all the more obvious how much area is lost in the thickness of the monolithic concrete walls.