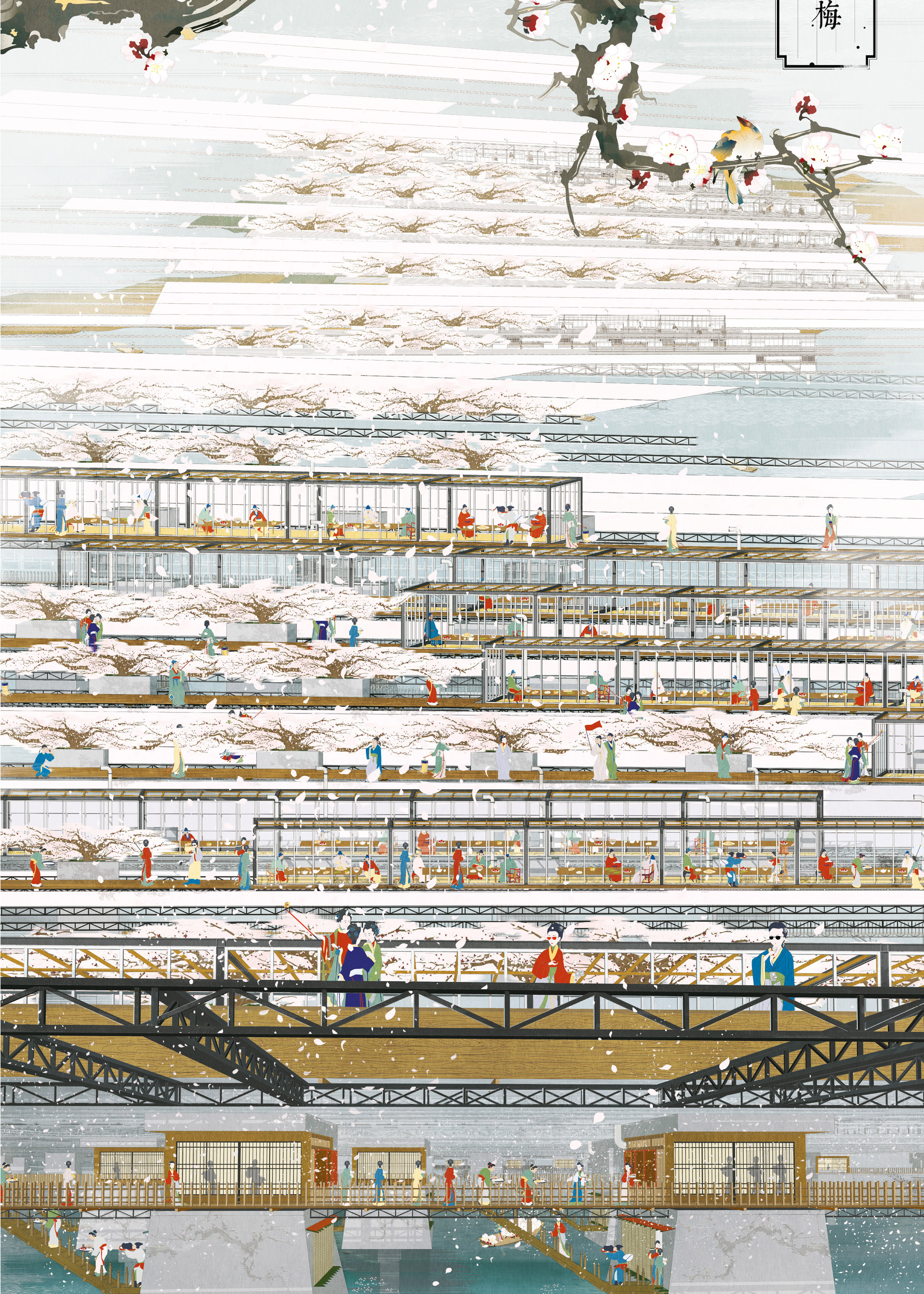 Bartlett School of Architecture graduate Freja Bao has devised a masterplan for a new Chinese cultural capital that could help to change the country’s political image.

Called Splendour, the fictional city is a tourist destination located on the disputed territories in the South China Sea. Bao imagines it as an open pilgrimage destination for all Chinese speaking global citizens.

“China has been rendered as an ultra-political bully amongst its South East Asia neighbours by the western media,” says Bao. “This project employs the premise to rebrand China’s political image. The new cultural capital city of the Great China Region, borrowed the concept of EEC, the former EU, which was created in the aftermath of the second world war.”

“The EEC’s first steps were to foster economic cooperation: the idea being that countries that trade with another become economically interdependent and so more likely to avoid political conflict.”

Bao developed the project as part of the Bartlett’s Unit 10, under the tutorage of Simon Dickens and CJ Lim. This year, the design unit explored the idea of displacement of people, the relocation of cities and the creation of utopias.

Students were asked: “Can the appropriation of fiction and narrative inform the shaping of an urban and architectural vision, while addressing real and urgent sociopolitical, economic and environmental concerns?”

Bao’s response was inspired by the book The Eastern Capital: A Dream of Splendor – a memoir written by Meng Yuan lao, who became a refugee from Kaifeng, the affluent capital of the Northern Song Dynasty, in 1126.

Believed to be a mixture of fiction and fact, the memoir vividly recalls the old capital’s urban life, seasonal products, and festivals, as well as foods, customs, and traditions.

Instead of global politics, Bao says that nature governs Splendour through the four seasons and their respective seasonal festivities.

During each season, different parts of the city will be activated. In spring, orchids bloom alongside along the hotel units, while in summer, a bamboo colonnade lines the entranceway, seaweed farms and fish farms are brought to life, while bamboo shoots and leaves are collected and transported to the restaurants.

In autumn, the island’s chrysanthemum terraces come into bloom transforming the capital’s crescent shaped-plan into to a full moon shape. The display references the grand chrysanthemum plots from the Chinese film Curse of the Golden Flower – in Chinese culture, the golden chrysanthemum carries the meaning of family reunion and a worship of moon.

In winter, vertically-growing plum blossoms in the restaurant areas create a veil across service zone, shielding them from view of diners while also providing protection from the wind.

In the Bartlett Summer show catalogue, the Unit 10 tutors explained: “According to the 2006 Stern Review, around 200 million people will be permanently displaced by 2050, through an amalgamation of complex economic, social and political drivers, exacerbated by increasingly unpredictable environmental conditions.”

“Rather than ‘fighting’, governments together with planners and architects, need to envision built environments that embrace the enemy.”

The Bartlett School of Architecture‘s Summer Show took place between 24 June and July 8 this year in the school’s completely refurbished home at 22 Gordon Street. Other projects in this year’s show included a modular construction system based on I-beams.