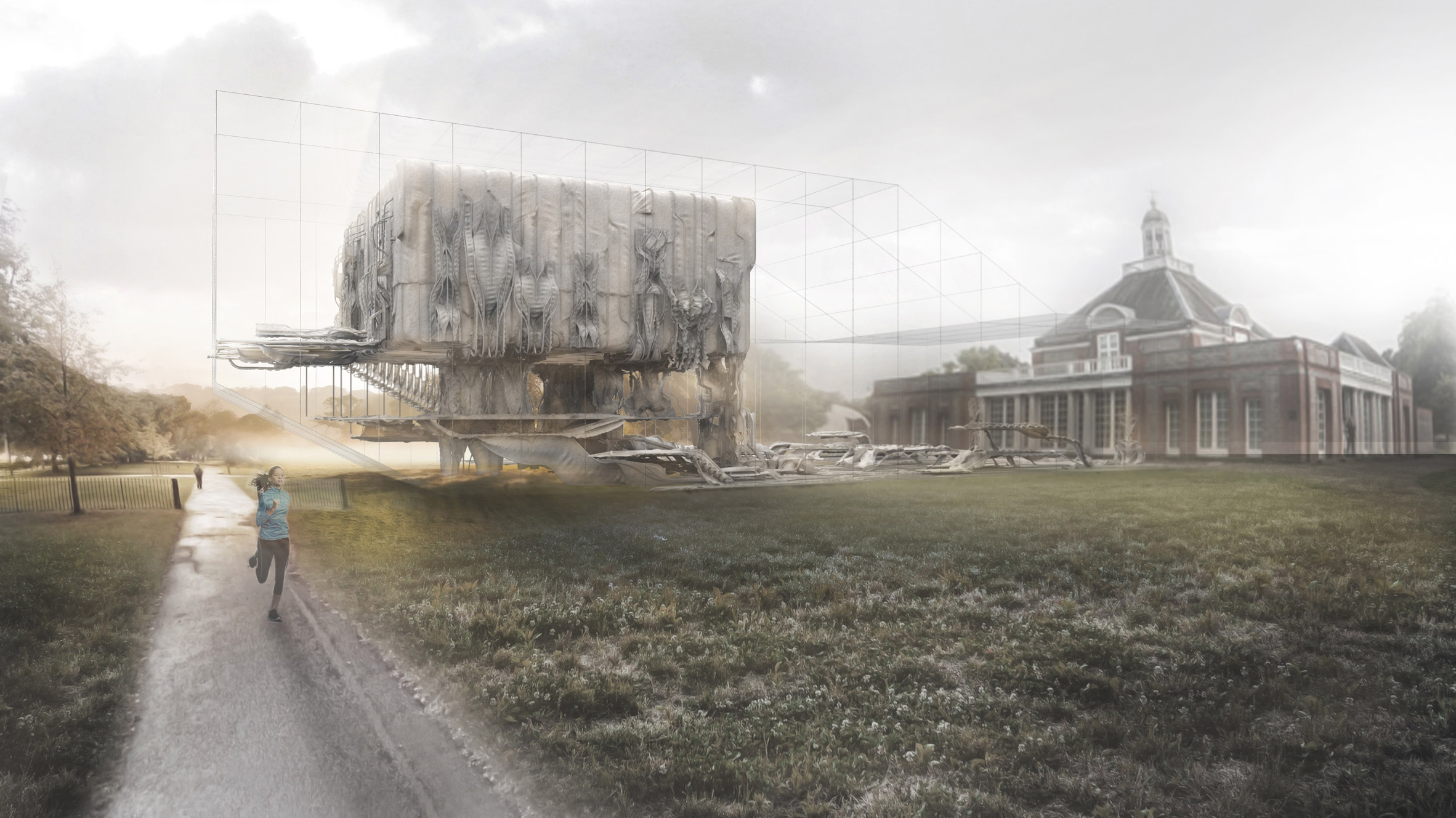 A group of MAarch students from the Bartlett School of Architecture have devised a method of turning felt into load-bearing structures that they hope to build into an fabric pavilion.

The Flextiles project focused on developing a design system using a composite of felt fibres and expandable foam for reinforcement.

Students Noura Mheid, Hameda Janahi, Minzi Jin, Zoukai Huo found inspiration in the traditional craft of felt-making as well as the differential growth patterns found in nature – which is what gives their finished structures their distinctive, seaweed-like curls.

After exploring the load-bearing potential of these structures by crafting them into chairs they could sit on, they finished the project by presenting a fabric wall unit. The unit forms one side of what they hope they can one day extend into a full pavilion.

Their process stands in contrast to most current fabric architecture, which usually features soft fabric attached to a support structure. The Flextiles structures can be soft in some places and hard in others, transitioning smoothly from one to the other.

“Unlike traditional uses of fabric in construction, this technology introduces a new perspective on how to integrate structure into a soft material such as fabric and go beyond the typical disintegration between the draping of fabric onto a completely segregated support,” Mheid told Dezeen.

“By taking advantage of the hidden potentials of customising textiles to increase overall performance and structural ability, such a flexible material composite can create self-standing, lightweight structures that redefine the use of fabric in architecture as a whole,” she continued.

The students fabric architecture as particularly useful for spaces where it might be desirable to block out light or sound. Felt’s sound-absorbing properties are already widely recognised, and it is having a resurgence in office furniture as a way to dampen noise in open-plan offices.

“Functions such as museums, office spaces, theatres could all be redefined with more unique spatial and visual experiences,” said Mheid.

“Eventually, the final designed pavilion explored these aspects into a leisure centre to create a relaxed environment for visitors to enjoy the sunlight and have a sense of scale and tranquility within the hustle and bustle of the London atmosphere.”

The curly Flextiles forms were generated through parametric modelling software, allowing the students – part of Bartlett’s MArch Architectural Design postgraduate programme – to experiment with various thicknesses and layers of material.

When it came to designing the chairs, the group first used the software to create a pattern for the frame, then put it through a load analysis step that would optimise its positioning to bear the weight of sitter. The curly-edged surface was modelled on top of that.

An ABB 120 robot prepared fabric for use in the process by interlocking fibres into felt sheets. The team then constructed models manually, sewing patterns into the felt sheets, laid flat, to create an inner tubular structure.

They embedded this tubular structure into further coats of fibres, using wet felting techniques to fuse them together. They then arranged the model into a three-dimensional shape within a bonding box, and at this point inserted the expandable foam to reinforce the structure.

The students used similar digital modelling to craft their pavilion proposal, which they’ve imagined sitting in London’s Hyde Park at the location of the annual Serpentine Pavilion. They are exploring substituting the foam with concrete for such a large-scale project.