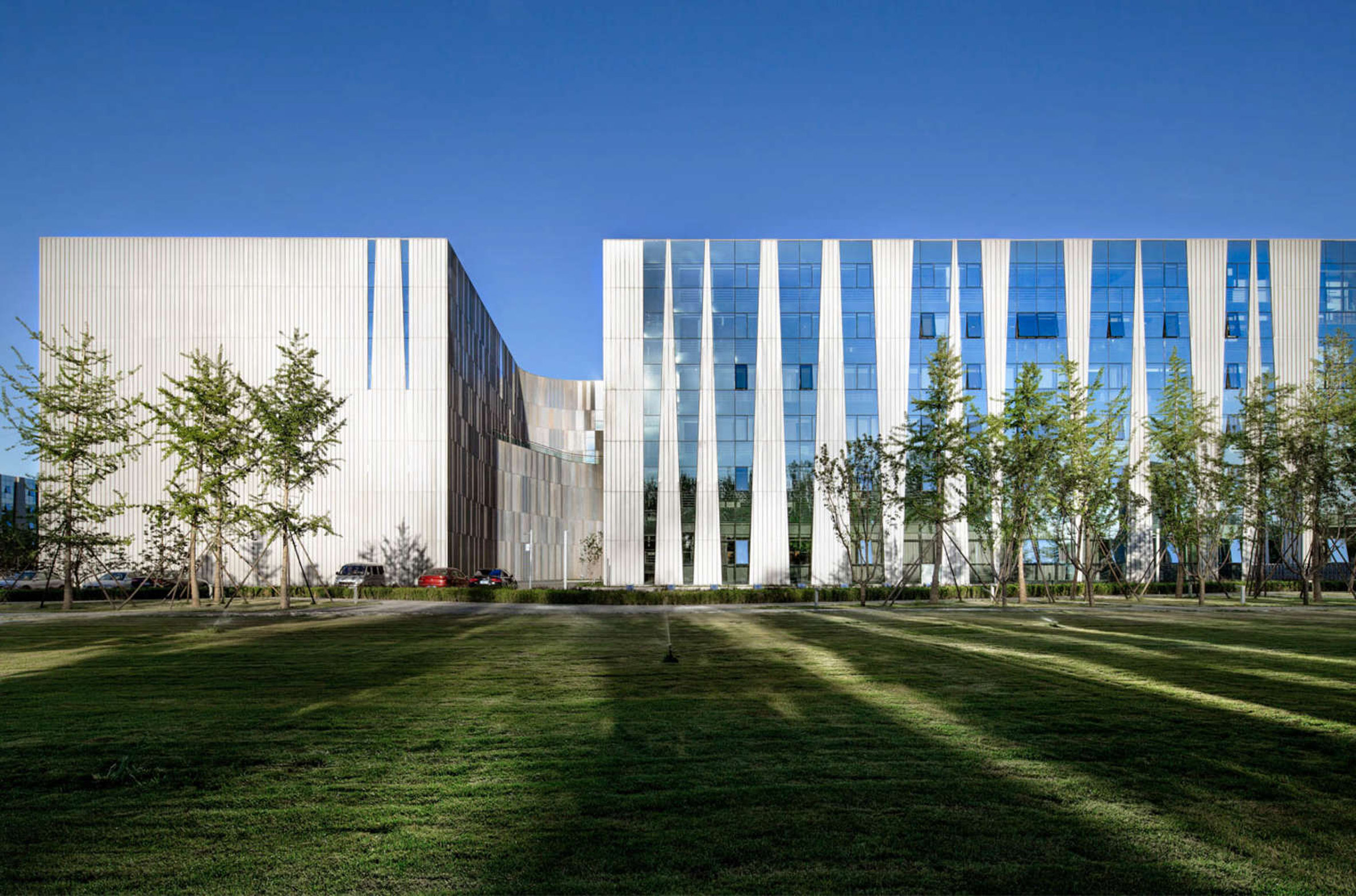 A+Awards: Architizer A+Award-winning studio Crossboundaries has created a canyon through the middle of this production facility for a Chinese lingerie brand, which employees can enjoy on their breaks.

Aimer, which specialises in underwear and negligees, first approached the firm to design a 14,000-square-metre factory in 2004.

However, the company grew rapidly into a fully fledged brand, so the brief was altered to encompass a 23,000-square-metre distribution centre, a research and development office, and spaces to showcase its products.

The architects decided to accommodate all of these areas within a single building, spanning a plot in the Chinese capital’s Shunyi District.

“To optimise the site, Crossboundaries gathered all business functions under one roof, resulting in a rectangular stand-alone building that presents strength and authority to the public,” said the studio, which has offices in Beijing and Frankfurt.

The exterior is clad in a patchwork of anodised aluminium and concrete panels, broken up with slices of glazing.

“The visual effect of the facade therefore reflects the nature of lingerie: coverage and transparency,” Crossboundaries said.

At the centre of the complex is a chasm that acts as an outdoor area for employees and the public. This space – split across two levels and surrounded by curving walls – is also designed to allow more air to flow through the complex.

“While it is important to the client to present a strong image, Crossboundaries envisioned a factory environment that breaks away from the imprisoning working environment and attends to the wellbeing of workers and administration employees equally,” said the studio.

The firm’s portfolio also includes the BMW museum in Beijing and a kindergarten in Zhengzhou.

Eventually completed in 2014, Aimer Lingerie Factory was lauded in the Factory Warehouse category of the 2016 A+Awards – along with projects including a winery that emerges from a hillside in north Spain.

The deadline to submit projects for the next A+Awards has been extended to 27 January 2017. Enter the 2017 A+Awards ›