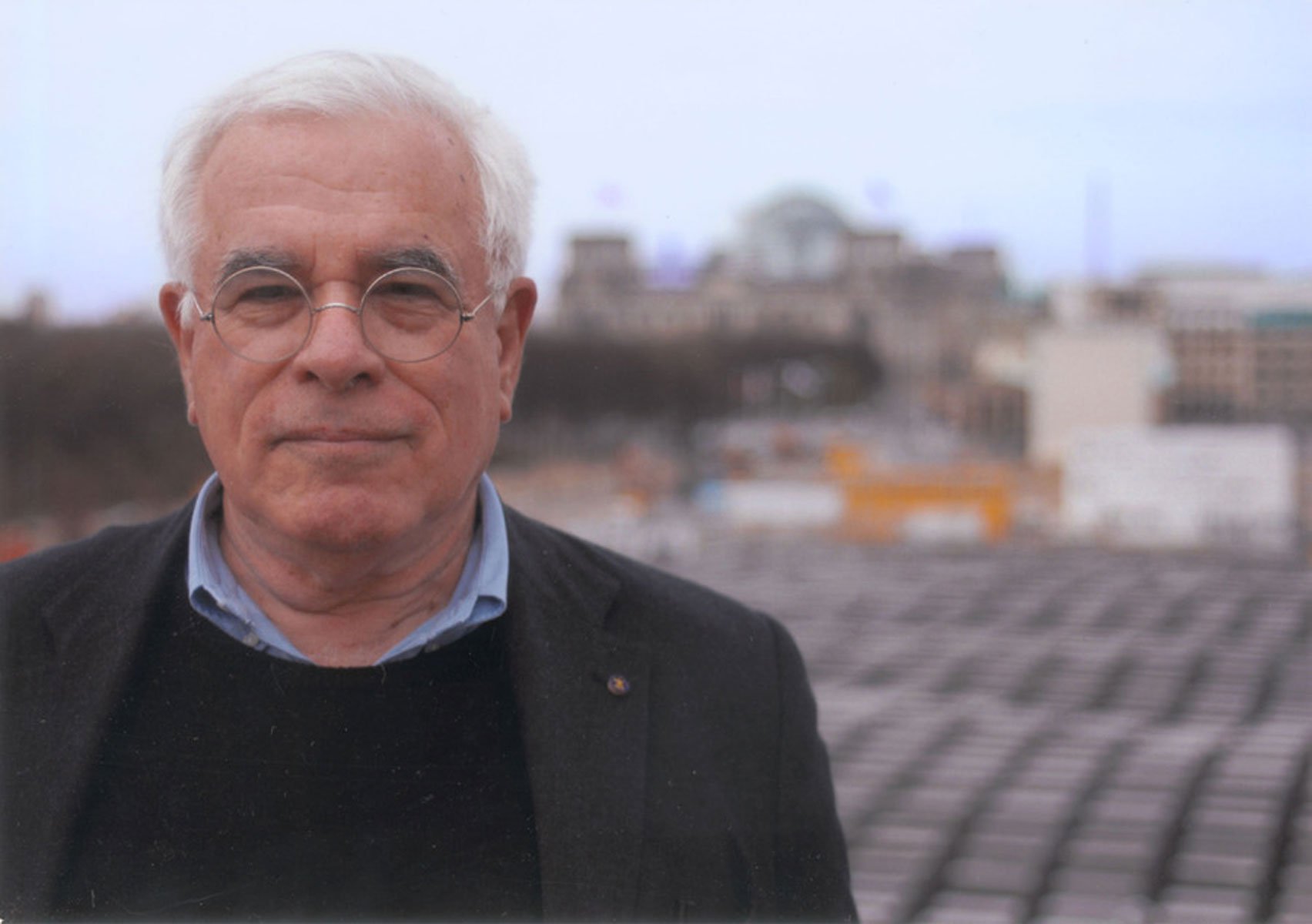 The memorial to the murdered Jews of Europe in Berlin wouldn’t get built in today’s xenophobic social climate, according to its architect Peter Eisenman.

The American architect, whose Holocaust memorial opened in 2005, said that growing hatred and anti-semitism across Europe would prevent the project from being realised if proposed now.

“I believe that my Holocaust memorial in Berlin could no longer be built today,” he told German newspaper De Zeit.

“The social climate has changed, much that has previously been considered acceptable is now questioned.”

The memorial comprises 2,711 concrete slabs arranged in rows across an undulating landscape, which visitors can walk through. An adjacent underground space holds the names of approximately three million Jewish victims of the Holocaust genocide, which took place during the second world war.

During the interview, Eisenman also blamed US president-elect Donald Trump for promoting xenophobia in America, and spoke about dealings with him as a developer.

“I was already by tricked Trump,” he said. “In the 1980s, when I had an office with Jaque Robertson, he came by and said, ‘hey, I want you to make some towers here in Manhattan’.”

“We did that then and should have received $100,000 for the plans,” Eisenman continued. “But then he said, ‘I do not want that and will not pay you anything’.”

He echoed US architect Doug Staker’s comments about how Trump’s real-estate developments reflect the values that the incoming president embodies, and compared the buildings to the Soviet architecture of 1930s Moscow.

“The real problem is his buildings,” said Eisenman. “One has to look at the political controversy in the mirror of this architectural malaise. These buildings stand for the whole Trump phenomenon.”

Eisenman, aged 82, rose to prominence as one of the New York Five – along with Charles Gwathmey, John Hejduk, Richard Meier and Michael Graves. He became known for his deconstructive architectural style, with projects including the Wexner Center for the Arts in Ohio and the City of Culture of Galicia in Spain.