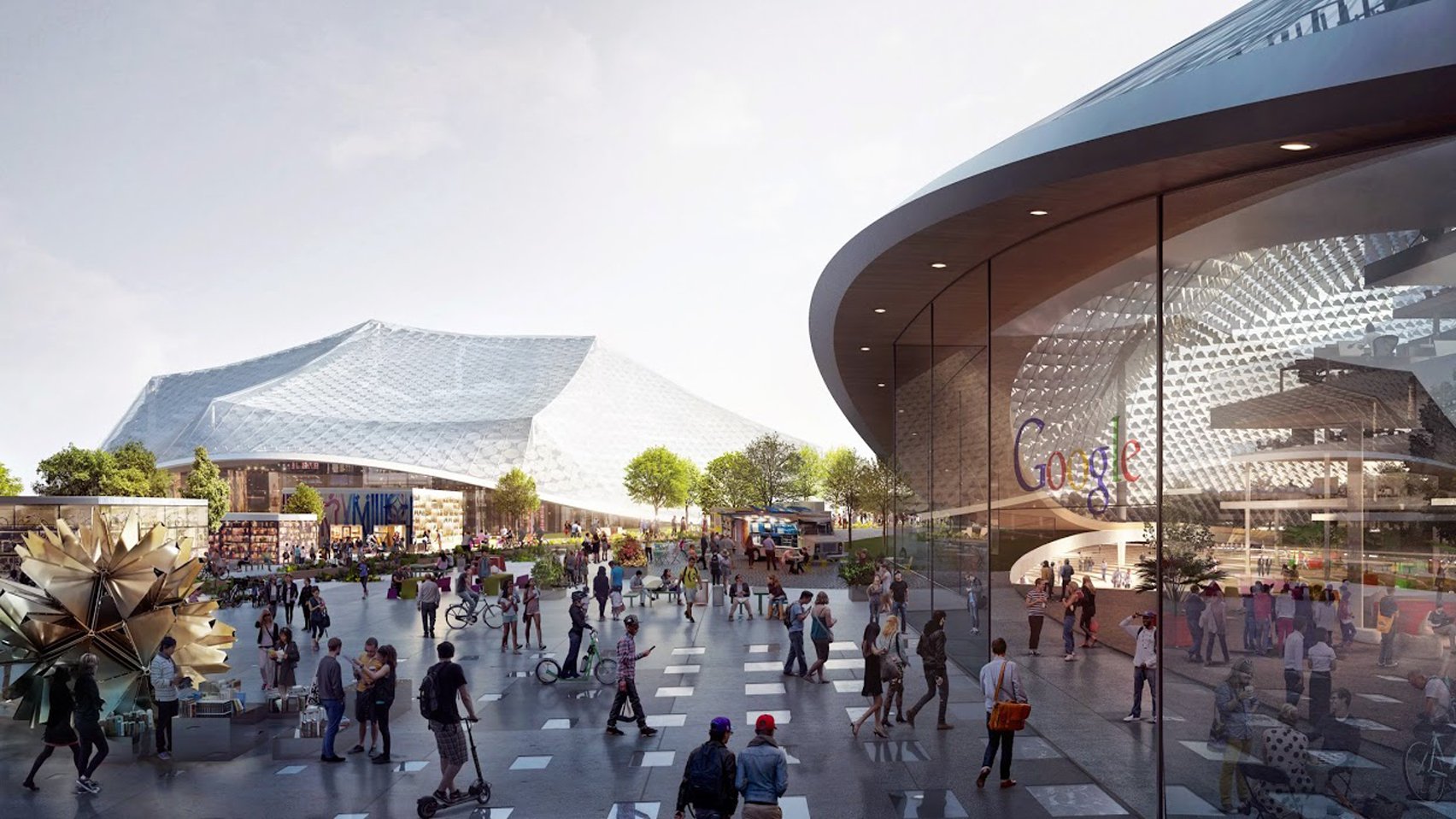 Bjarke Ingels Group and Thomas Heatherwick have been confirmed as the designers of Google’s new London headquarters at King’s Cross, following rumours of their involvement.

Google’s headquarters will occupy a 330-metre stretch of land between Regent’s Canal and King’s Cross station, where it will form part of a larger campus at King’s Cross that is to include offices by Mossessian Architecture.

The ten-storey block by Bjarke Ingels and Thomas Heatherwick will be Google’s first purpose-built building outside America, where the duo is already at work on the company’s Californian HQ.

“From the beginning, the project to give Google a new home in King’s Cross has been extraordinary,” said Bjarke Ingels and Thomas Heatherwick, who are yet to unveil their designs for the site.

“Rather than impose a universal style on Google’s buildings in the UK and the USA, we have tried to create an interestingness that fits the scale and the community of King’s Cross,” they added. “The Silicon Valley startup garage meets the London train sheds in a building that couples clarity with eccentricity and anchors innovation with heritage.”

Google’s 7,000 London staff will be brought together at the King’s Cross campus, where they will occupy almost 93,000 square metres of office space across three buildings. The company will axe its existing PENSON-designed premises in Covent Garden and offices designed by Scott Brownrigg designed in Victoria.

“Here in the UK, it’s clear to me that computer science has a great future with the talent, educational institutions, and passion for innovation we see all around us,” said Google chief executive Sundar Pichai. “We are committed to the UK and excited to continue our investment in our new King’s Cross campus.”

London firm AHMM had been working on Google’s £650 million scheme at London’s King’s Cross up until earlier this year, when it announced the project would be handed over to Heatherwick Studios and BIG.