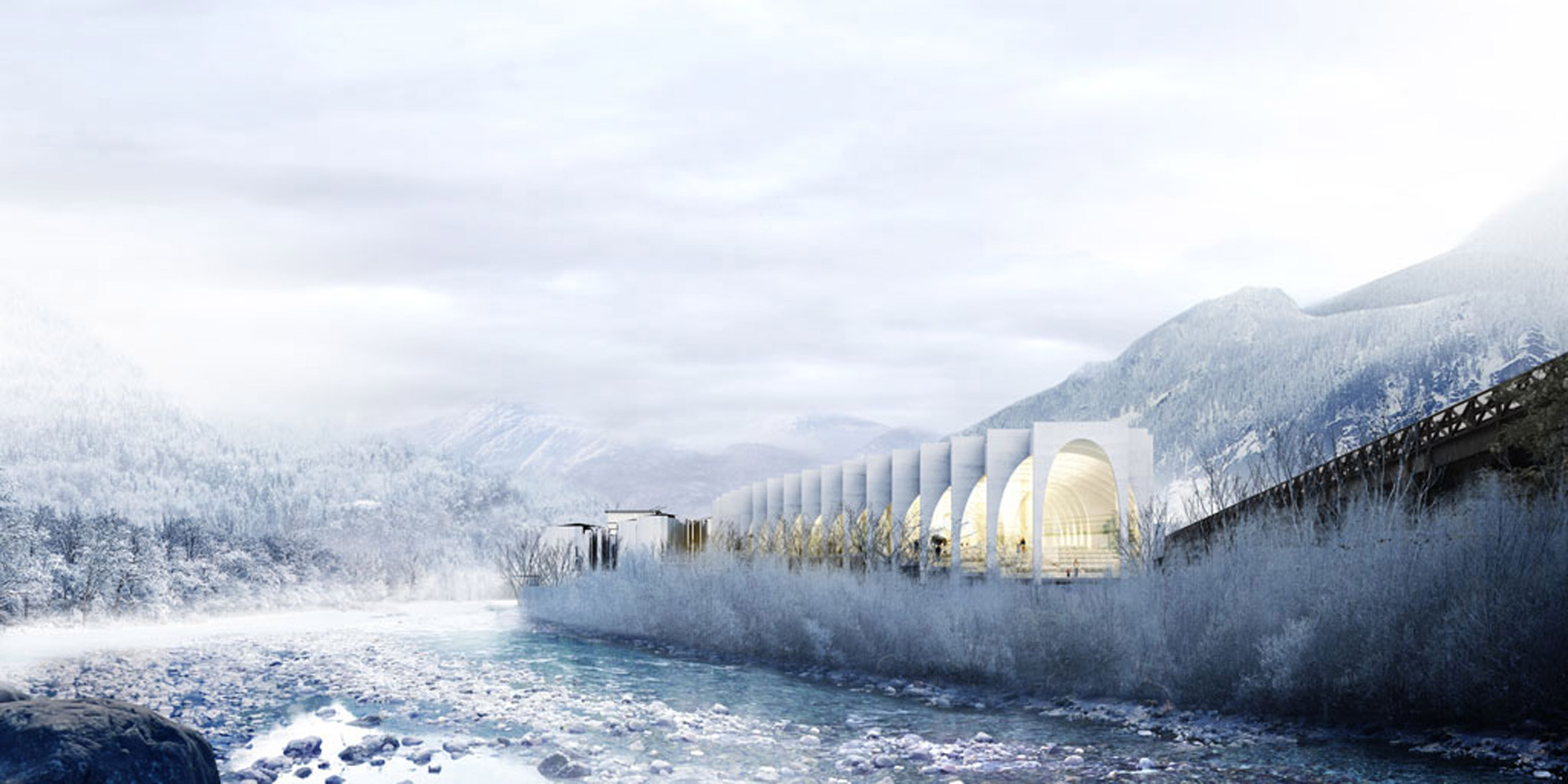 Bjarke Ingels has been announced the winner of a competition to design a new headquarters and bottling plant for the soft drinks company San Pellegrino in northern Italy.

BIG was announced the winner of the San Pellegrino Flagship Factory contest at an event held in the Herzog & de Meuron-designed Feltrinelli Foundation in Milan earlier today.

The 17,000-square-mete facility – expected to cost €90 million (£76 million) – will replace the brand’s existing bottling plant and offices, which have been located in San Pellegrino Terme since 1899.

“Rather than imposing a new identity on the existing complex, we propose to grow it out of the complex,” said Ingels of the design, which features a series of buildings with arching walkways.

“Like the mineral water itself – the new San Pellegrino Factory and Experience Lab will seem to spring from its natural source,” he added.

“We propose to wash away the traditional segregation between front and back of house, to create a seamless continuity between the environment of production and consumption, preparation and enjoyment.”

The design is intended to reference traditional Italian architecture, reinventing the arcade, piazza and portico to create the factory and offices, which are set on the bank of a river.

“BIG proposes an architecture that offers a fresh take on an ancient wisdom, revisiting the classic elements of Italian architecture and urbanism,” said San Pellegrino, “the arcade, the viale, the piazza and the portico to create an architectural environment where production and consumption, nature and architecture, outside and inside, making and enjoying are accommodated in an integrated way to elevate the experience for the visitor as well as the San Pellegrino staff.”

Construction work is expected to begin in 2018 and complete in four phases. The first phase will be the construction of a bridge linking the bottling plant with the commune of Zogno, where parking for heavy goods vehicles will be located.

In 2018, the offices will be built, alongside the northern wing of the factory and the San Pellegrino Experience Lab – where visitors can learn how mineral water is produced.

Local mayor Vittorio Milesi hopes the facility will attract tourism to the region, and pull the stopping blocks from projects halted by the economic crisis: “We are confident that it will stimulate other initiatives that were started in recent years, but may have been put on hold in the aftermath of the economic crisis,” he said.