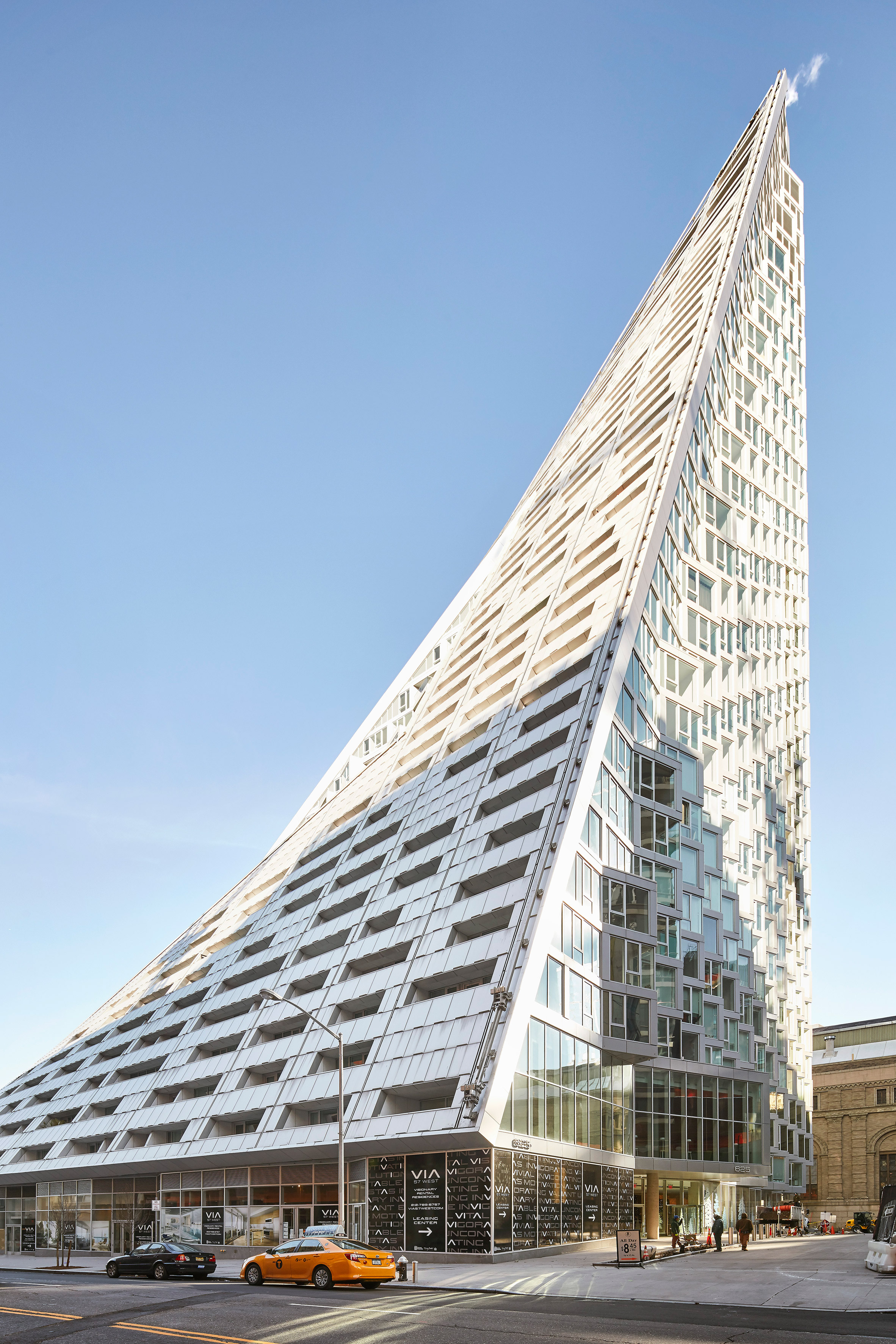 British duo Hufton + Crow have become the latest photographers to shoot BIG‘s first contribution to the Manhattan skyline, capturing the building’s dramatic silhouette from across the Hudson River.

The tetrahedral shape and metallic cladding of the VIA 57 West residential tower clearly stand out against neighbouring skyscrapers in Hufton + Crow‘s images.

BIG founder, Danish architect Bjarke Ingels, described the 709-unit building as a “courtscraper” as it is arranged around a central courtyard – a feature also shown in the images.

The building includes 940,000 square feet (87,330 square metre) of floorspace and takes up a full city block, on the edge of the busy West Side Highway.

Its unusual shape, which swoops up and away from the main road to a sharp point at its northeast corner, was chosen to afford as many units as possible with views of the Hudson.

Tenants began moving into the complex in March 2016, and have been able to take advantage of an indoor basketball court, swimming pool, fitness centre and screening room among its amenities.

Hufton + Crow also got up close to the tower to reveal its other, zig-zagging outer facades, which comprise a pixel-like pattern of windows.

Other photographers that have snapped the building since it completed include Iwan Baan, who shot the apartment tower from above, and Montse Zamorano, whose images show VIA 57 West as a backdrop to the Hudson River Park.

BIG’s ongoing projects in New York, where the firm opened on office in 2010, range from a police station in the Bronx to the Two World Trade Center tower for Downtown Manhattan.

The post BIG’s VIA 57 West skyscraper captured at sunset by Hufton + Crow appeared first on Dezeen.