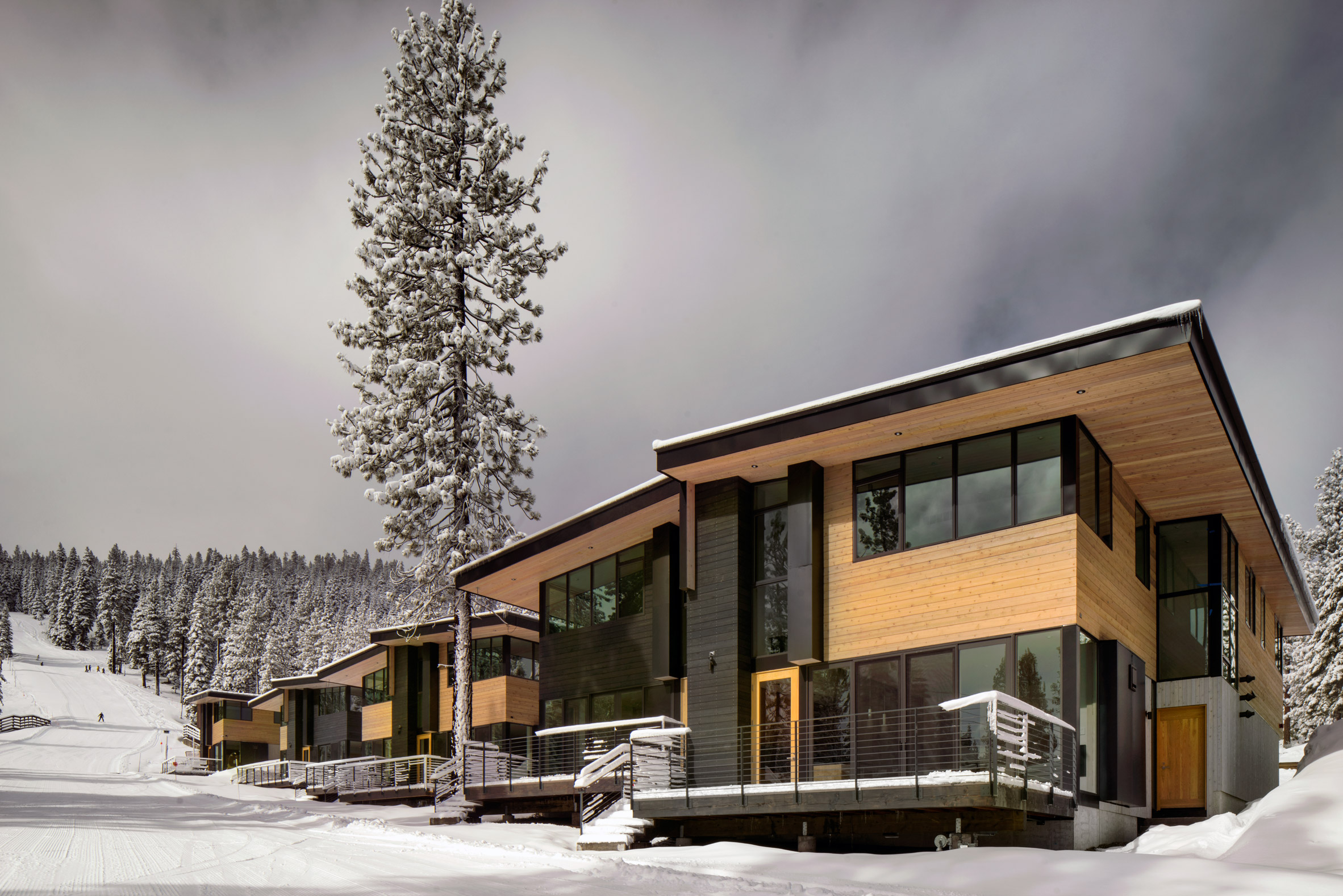 A set of piste-side residences by US firm Bohlin Cywinski Jackson step down a portion of the Northstar mountain resort in California, allowing residents to ski in and out of their homes.

The development, dubbed Stellar Residences and Townhomes, was designed to provide residents full access to the resort’s slopes.

“Conceived to be efficient and compact in plan, these ski-in/ski-out homes are designed around social spaces that take advantage of breathtaking views to the slopes and Carson Range beyond,” said the architects.

The private homes each have four bedrooms, while the townhouses have three bedrooms and two additional sleeping nooks.

Visitors access each private residence through its upper floor, where the architects laid out an open-concept living room and kitchen. This leads to an outdoor terrace overlooking the ski slopes.

The top level also includes the master suite, which the architects said is “immersed in sunlight via three glass walls and floats over the ski slope as if perched in the trees”.

The lower storey contains three additional bedrooms, as well as a media room and a mud room for removing ski gear.

From this level, residents have access to a further expansive terrace that leads out onto the slopes.

A row of townhouses is located slightly uphill from the private residences. Although these have a more compact design, the architects staggered their layout to maximise privacy.

“The simple, shed-roofed homes are vertically and horizontally offset, allowing for privacy and a feeling of distance between neighbours,” said the firm.

Here, visitors enter each at ground level, where a smaller living room and kitchen open out onto a terrace.

Three bedrooms are located upstairs, while two additional sleeping bunks are carved out of the central hallway to accommodate more guests.

Two tones of wood clad the exterior of these properties, giving them a modern appearance.

“The dwellings challenge and reinterpret the concepts of the traditional chalet, which we think appeals to urbanites seeking refuge in the mountains,” said architect Greg Mottola.

Inside, wooden finishes were chosen to complement modern furniture pieces. A fireplace in each unit adds to their mountainside charm.

Bohlin Cywinski Jackson recently completed a new museum for The University of California, Davis in partnership with SO-IL, as well as a guest house that nestles against a stone wall within a coastal mountain range in California.

The firm is perhaps best-known for its work with Apple. It designed the tech brand’s iconic glass cube store on Fifth Avenue in New York City, as well as a range of other retail spaces.

Photography is by Nic Lehoux.