This monument to seamen by Canadian studio Bourgeois Lechasseur Architects stands on the site of a fish processing plant that was destroyed in a fire.

Called The Place des Gens de Mer, or The Square of Seafarers, the memorial is situated in the heart of Cap-aux-Meules – a village in the Magdalen Islands.

Part of the Quebec province, the islands form an archipelago in the Gulf of Saint Lawrence. 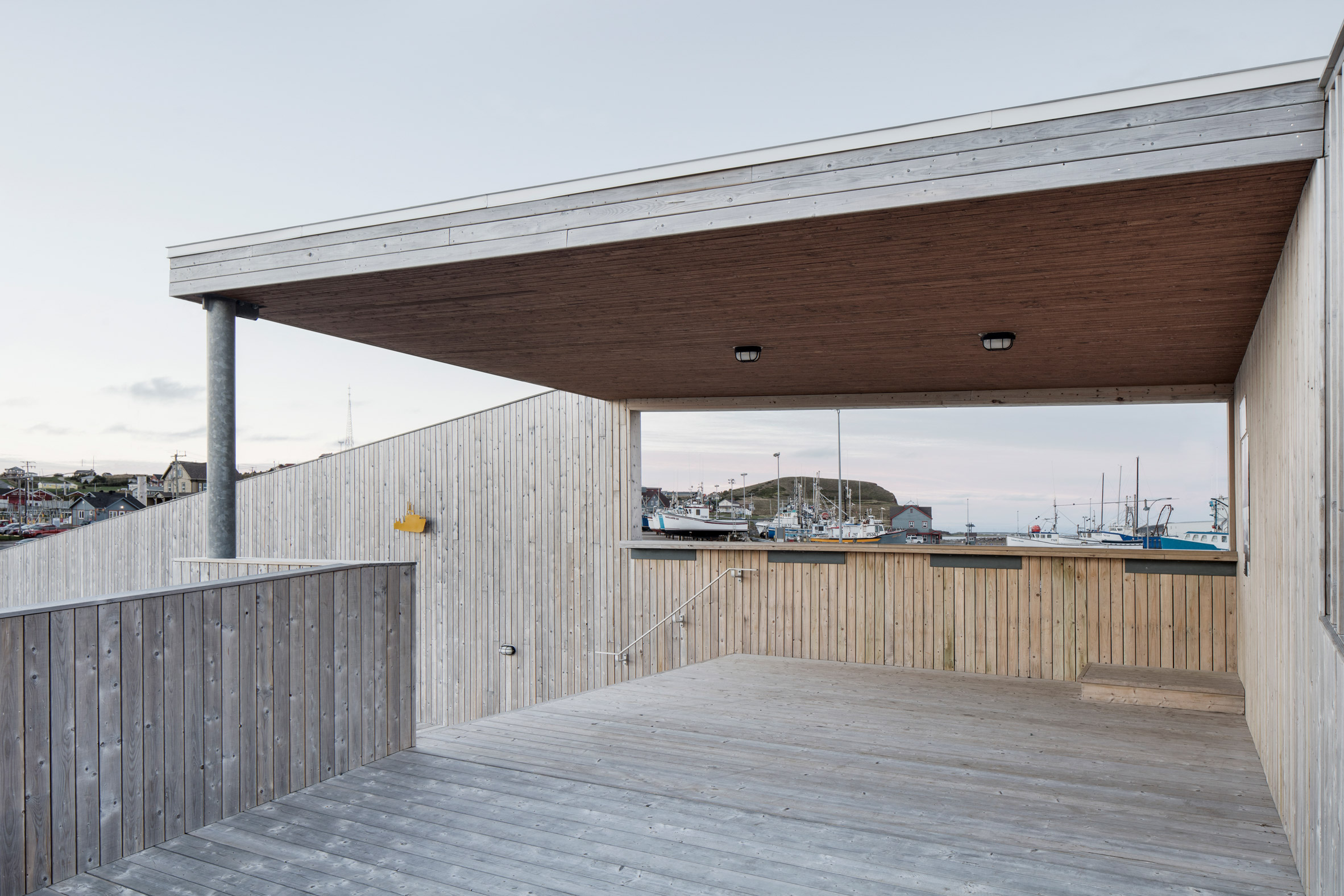 The monument was constructed atop the foundations of an old fish processing plant that was decimated by a fire.

Backed by the community, the project aims to revitalise the site for public use and “pay tribute to the workers at sea”.

“The purpose of this project is to grant a second life to this strategic site and create a gathering place for passersby,” said Quebec-based Bourgeois Lechasseur Architects.

The project includes a lookout area, a stage, a service building and a public market zone, all situated within a park-like setting. Grass, gravel and concrete paving denote the different programmatic areas.

The various elements are laid out in a way that is reminiscent of the facility’s processing chains and long sorting tables.

The team imbued the site with other references to its past and context. Wooden counters and benches are meant to represent the docks, while undulations in their form evoke a stormy sea.

Given that the monument sits at the centre of a port zone, its immediate surroundings are not particularly welcoming.

In response, the team encircled the site with a wooden stockade that provides privacy and guides visitors along a “discovery path” bordering one side of the square.

Throughout the site, the team used Eastern cedar and marine plywood – materials known for their ability to resist corrosion in saline environments.

The monument is part of a larger scheme for the area called Le Parcours Insulaire, or The Island Route.

The path consists of 12 different sites – from a rocky alcove to a lighthouse – that were selected for their heritage and photogenic character. Information kiosks at each spot convey their history.

Other memorial designs around the world include a stone, fan-shaped structure by Koishikawa Architects that commemorates the 2011 Japan earthquake, and a camera lens sculpture in Croatia by NFO that is dedicated to a photojournalist killed during the Yugoslav Wars.