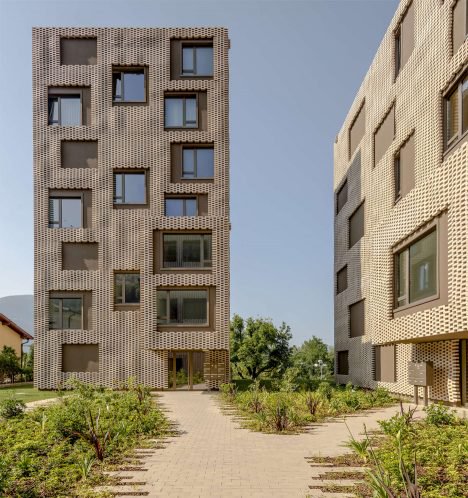 A+Awards: brickwork assembled by robots forms wavy facades across these apartment blocks in Switzerland – the latest project in our series about winners from this year’s Architizer A+Awards (+slideshow).

Designed by Buzzi Studio Di Architettura, Residenza Le Stelle comprises a set of three six-storey buildings in Locarno, each featuring a brick cladding system described by the studio as a “pixel patchwork”.

The sand-coloured bricks – created by manufacturer Keller using Jura clay – were then carefully placed in the exact locations by robots to form the undulations.

“The final appearance has textile ornamental qualities, like fraying fabric where the bricks have been cut to accommodate the openings for the windows,” said the studio.

“The whole building reminds of a curtain swelling and contracting in the breeze.”

Apartments inside take up a full floor each, though they have slightly different floor plans and window arrangements.

Landscaped areas fill in between the structures, which are orientated to provide residents with views of the surrounding mountains.

Completed in 2015, Residenza Le Stelle was one of the winners in the Multi Unit Housing – Mid Rise category at the A+Awards 2016.

Organised by Architizer, the awards promote and celebrate the year’s best projects and products. Their stated mission is to nurture the appreciation of meaningful architecture in the world and champion its potential for a positive impact on everyday life.

Find out more about the A+Awards »

Photography is by Marcelo Villada Ortiz. 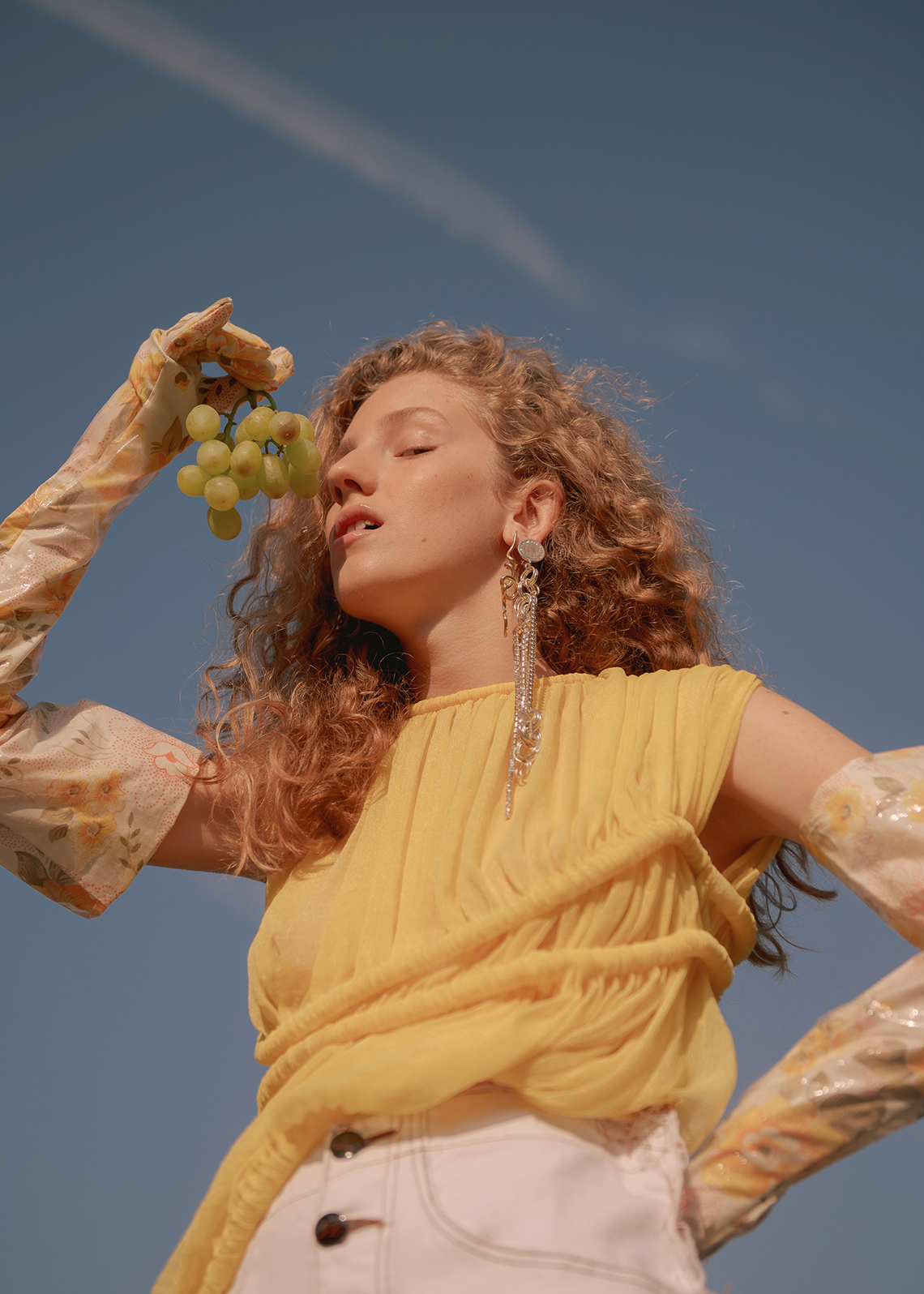