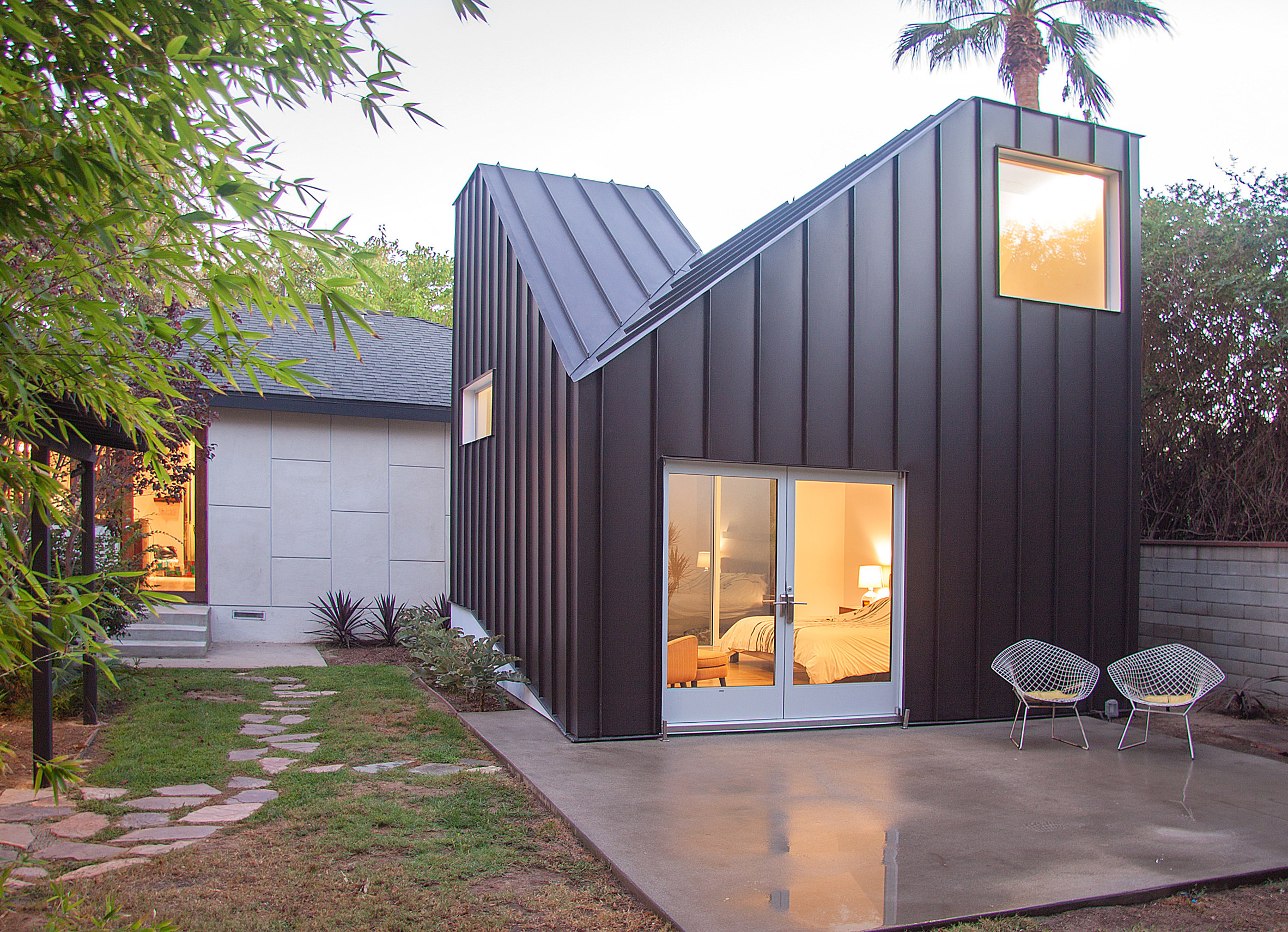 Casey Hughes‘s locally based studio – whose previous projects include a writer’s house in north Hollywood – modernised Shurkin Residence for a couple who work in the music industry, and their two young children.

The architects added a 300-square-foot (28-square-metre) extension to the old house, creating a new master bedroom suite that is separated from the existing building by a small, shaded garden.

“The addition was conceived as an independent volume to create a sanctuary for the owners while maintaining its connection to the rest of the house,” said the architects.

“The bedroom is focused inwardly on a glazed shade garden and up toward the sky through two five-metre-tall lightwells, that create a sense of calm and reprieve.”

This extension projects out into the garden and opens onto a concrete terrace. Its exterior is clad in metal panels, joined with standing seams that articulate its sharp, geometric shape.

The two peaks of the structure’s folded form contain windows – one facing north to draw in muted light throughout the day, and one facing west to capture evening light.

The roof extends in opposite directions from a central fold, resulting in a massing that appears different from various angles.

The project also involved the renovation of the existing 975-square-foot (90 square-metre) property. Its cluttered sequence of rooms, connected by dingy corridors, were opened up to create more cohesive living spaces.

An open lounge and dining area now flows through from the front door into a kitchen with a horseshoe-shaped counter and out into the rear garden.

Central to the reconfiguration of the house is a newly inserted volume clad in Mangaris plywood, which separates the living areas from the old and new bedrooms.

This structure contains utilities including a bathroom, laundry and storage, as well as a corridor that leads through from the living space towards the sleeping quarters.

Daylight enters through skylights set into the apex of the roof, and is funnelled down to illuminate the corridor and a corner of the living room on the other side of the dividing wall.