Dominique Coulon & Associés has completed a sports centre for a school in Strasbourg, featuring a pair of double-height halls that project upwards from a concrete-and-glass base. Dominique Coulon’s practice designed the building for a school created for the children of the international civil servants who work at the nearby European Parliament and European Court of

Stacked white, concrete volumes conceal the vibrant red, pink and orange interior of this theatre in the former mining town of Freyming-Merlebach by Dominique Coulon & Associés. The French architects designed the Théodore Gouvy theatre as part of a drive to regenerate the town in north east France, which has seen high levels of unemployment since the area’s

French office Dominique Coulon & Associés has completed a media library in Thionville, France, featuring a wavy facade that lifts up to reveal ribbons of glazing facing into curving courtyards. The Media-Third-Place Library provides the Thionville commune in north-eastern France with a media library, as well as music studios, a broadcasting media room, an auditorium and a cafe. The building is 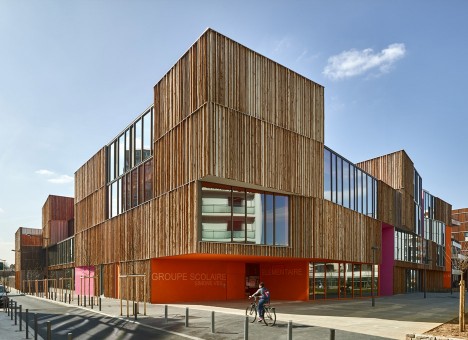 Hot pink and orange paintwork accentuate niches in the wooden facade of this school designed by French office Dominique Coulon & Associés for the Parisian suburb of Colombes (+ slideshow). The Groupe Scolaire Simone Veil building hosts a 12-classroom primary school and a nine-room nursery, alongside a shared canteen, library and bright orange sports hall. The building straddles the maintenance More 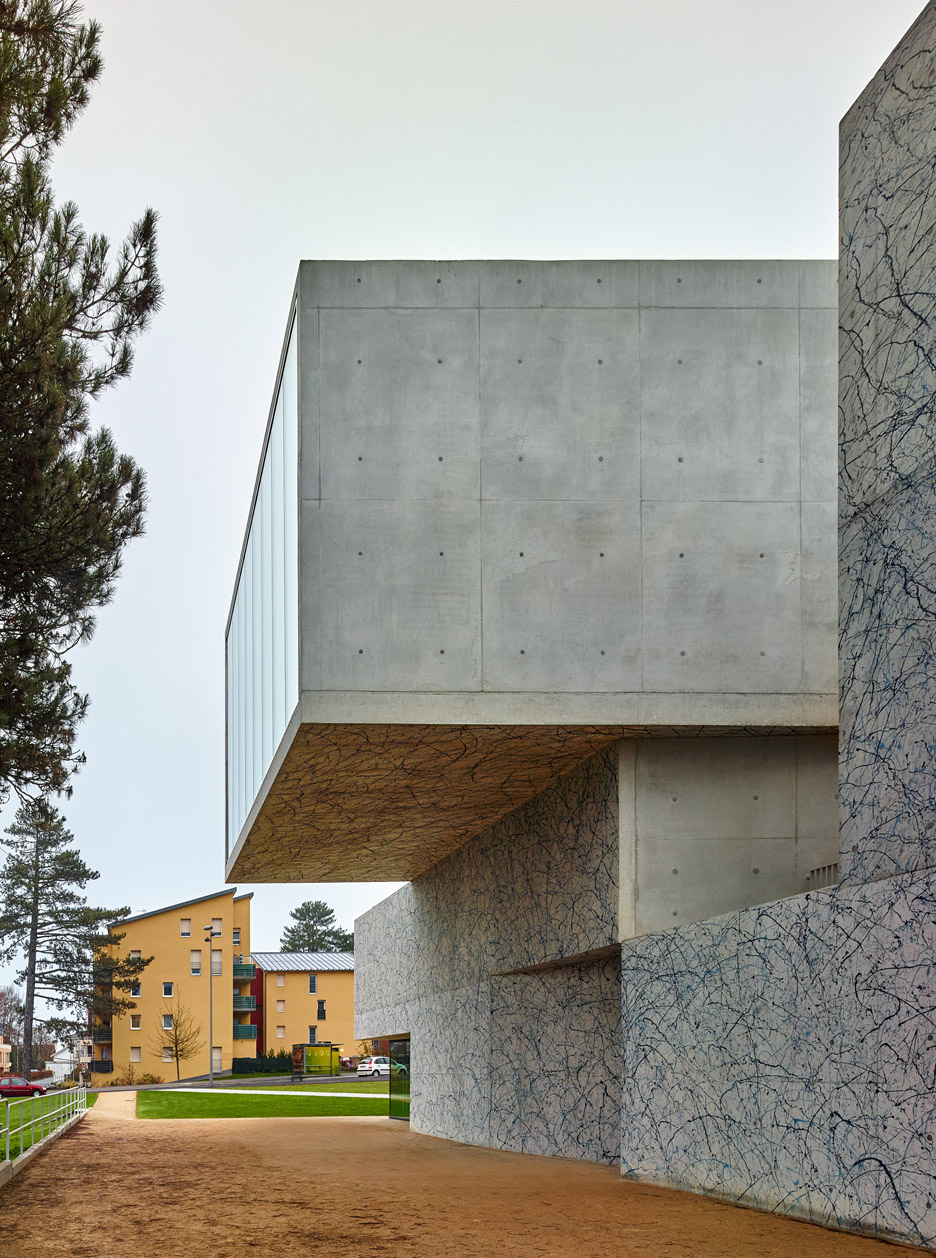 Paint was thrown at the walls of this concrete music, drama and dance school in eastern France by Dominique Coulon & Associés, creating a veined pattern based on the paintings of abstract artist Jackson Pollock (+ slideshow). The Strasbourg firm headed up by architect Dominique Coulon designed the Henri Dutilleux Conservatoire of Music, Dance and Dramatic Arts for a plot on the More 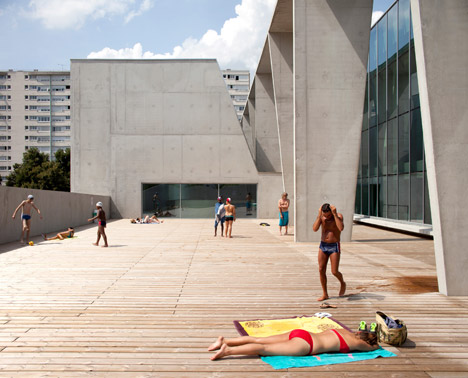 A new wall of glazing allows daylight to reflect off the original blue-painted bleachers and onto the ceiling of this swimming pool in the Paris suburb of Bagneux, which has been renovated and extended by Dominique Coulon et Associés (+ slideshow). The aim of the refurbishment and expansion overseen by Strasbourg studio Dominique Coulon et Associés was to increase […]