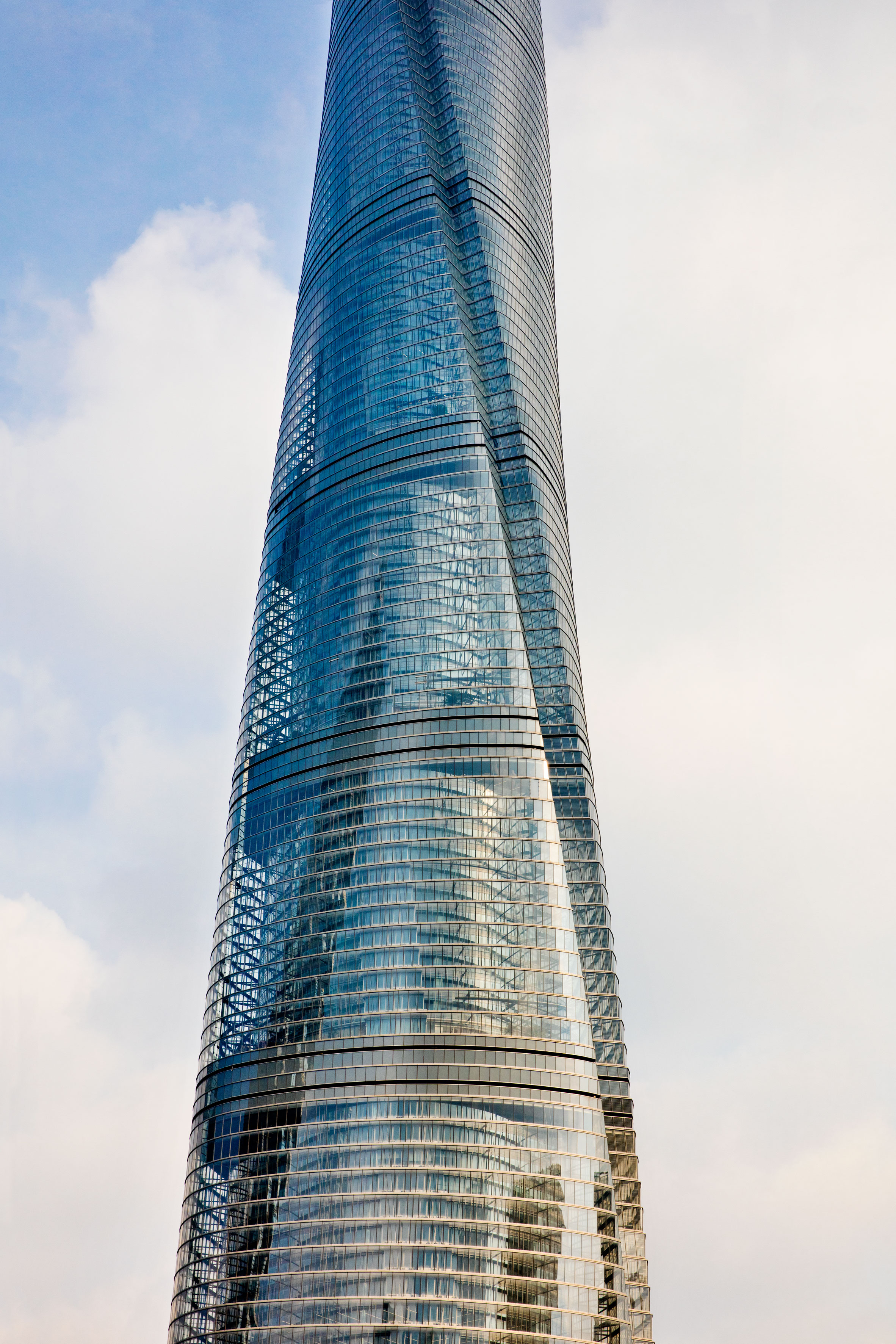 The twisting Shanghai Tower by international firm Gensler has scooped the top award of the inaugural annual American Architecture Prize. Currently the world’s second tallest building, the skyscraper was awarded Architectural Design of the Year during a ceremony at the Cooper Hewitt Smithsonian Design Museum in New York last week. A campus for students in 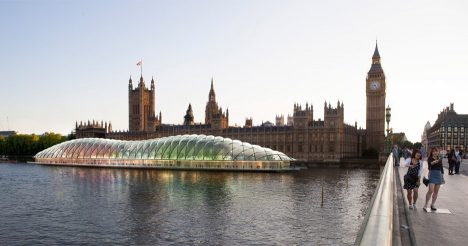 The world’s biggest architecture firm has proposed moving the UK’s Lords and MPs into a bubble-like building on London’s River Thames to reduce the cost of refurbishing the crumbling Palace of Westminster. Gensler, which has one of its largest offices in London, wants to create a 250-metre-long and 42-metre-deep temporary parliament building from steel modules and More

The post Temporary floating parliament on the Thames could save the UK millions, claims Gensler appeared first on Dezeen. 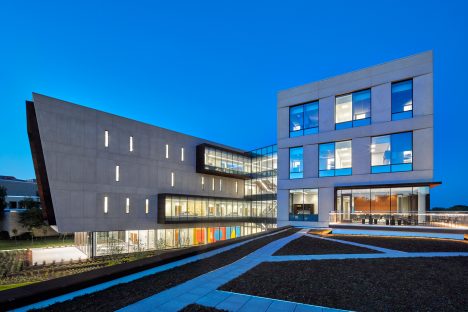 Global firm Gensler has completed a university building in Kansas that consists of volumes clad in concrete, glass and weathering steel, and interior spaces intended to promote unexpected interactions (+ slideshow). Called Capitol Federal Hall, the academic building is located at the heart of the University of Kansas campus in the city of Lawrence. The More 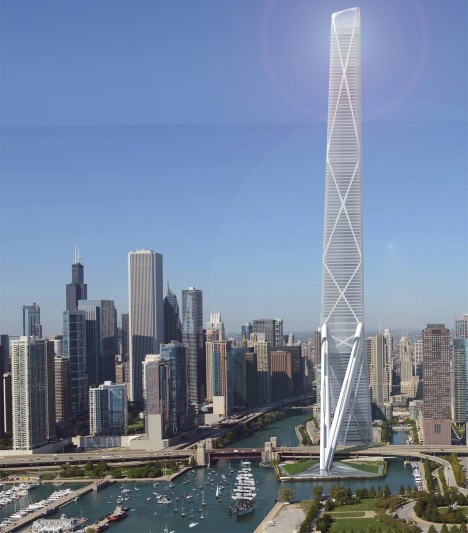 Global firm Gensler has proposed an alternative skyscraper concept for the waterfront site in Chicago where a spiralling, supertall condominium tower by Spanish architect Santiago Calatrava was slated to rise. For the recent conceptual proposal, Gensler asked: “How do you succeed with a $50 million dollar failure?” – referencing the money spent on constructing the More 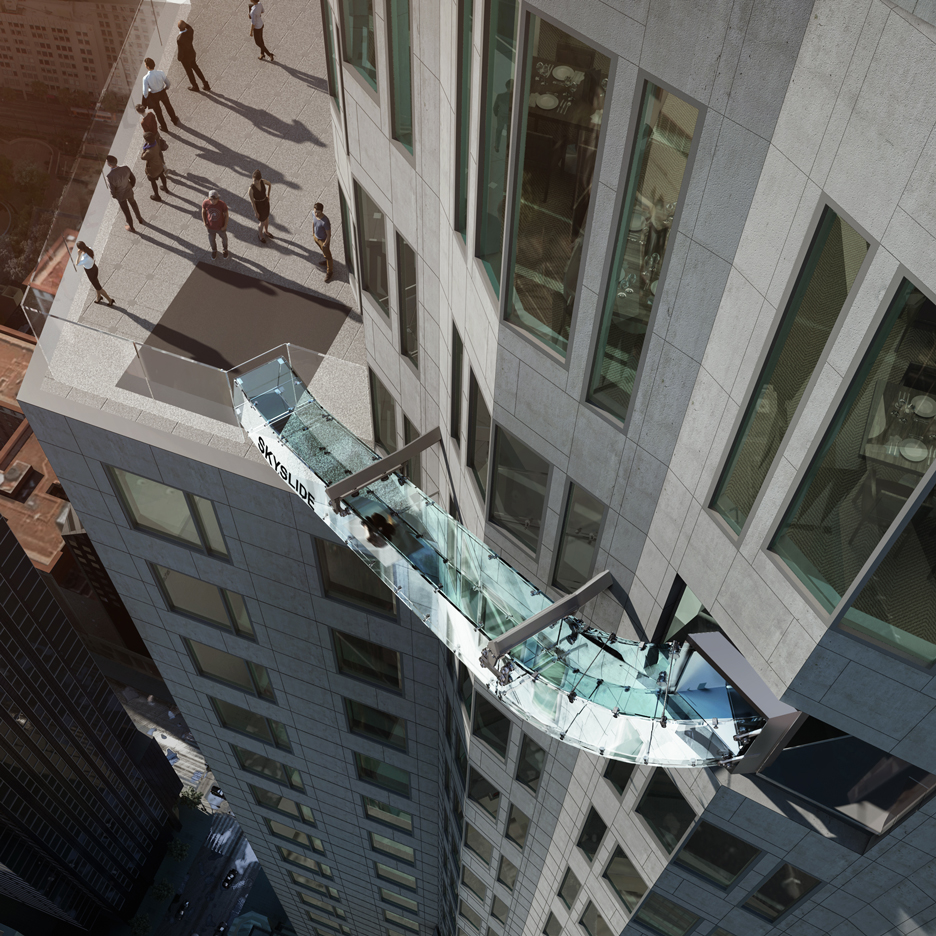 A glass-enclosed “skyslide” is being added to the US Bank Tower in downtown Los Angeles, offering thrill seekers the opportunity to glide down the building’s exterior. Called Skyslide, the glass chute will measure 14 metres in length and 1.2 metres in width, and will be installed approximately 304 metres above the ground below. The enclosure will be made More

The post Glass Skyslide to be added to exterior of California’s tallest skyscraper appeared first on Dezeen. 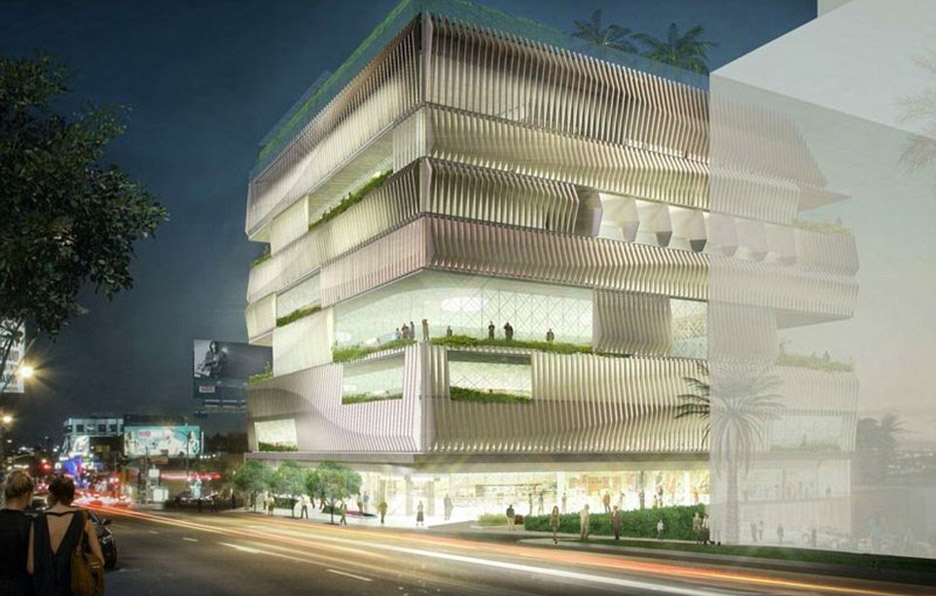 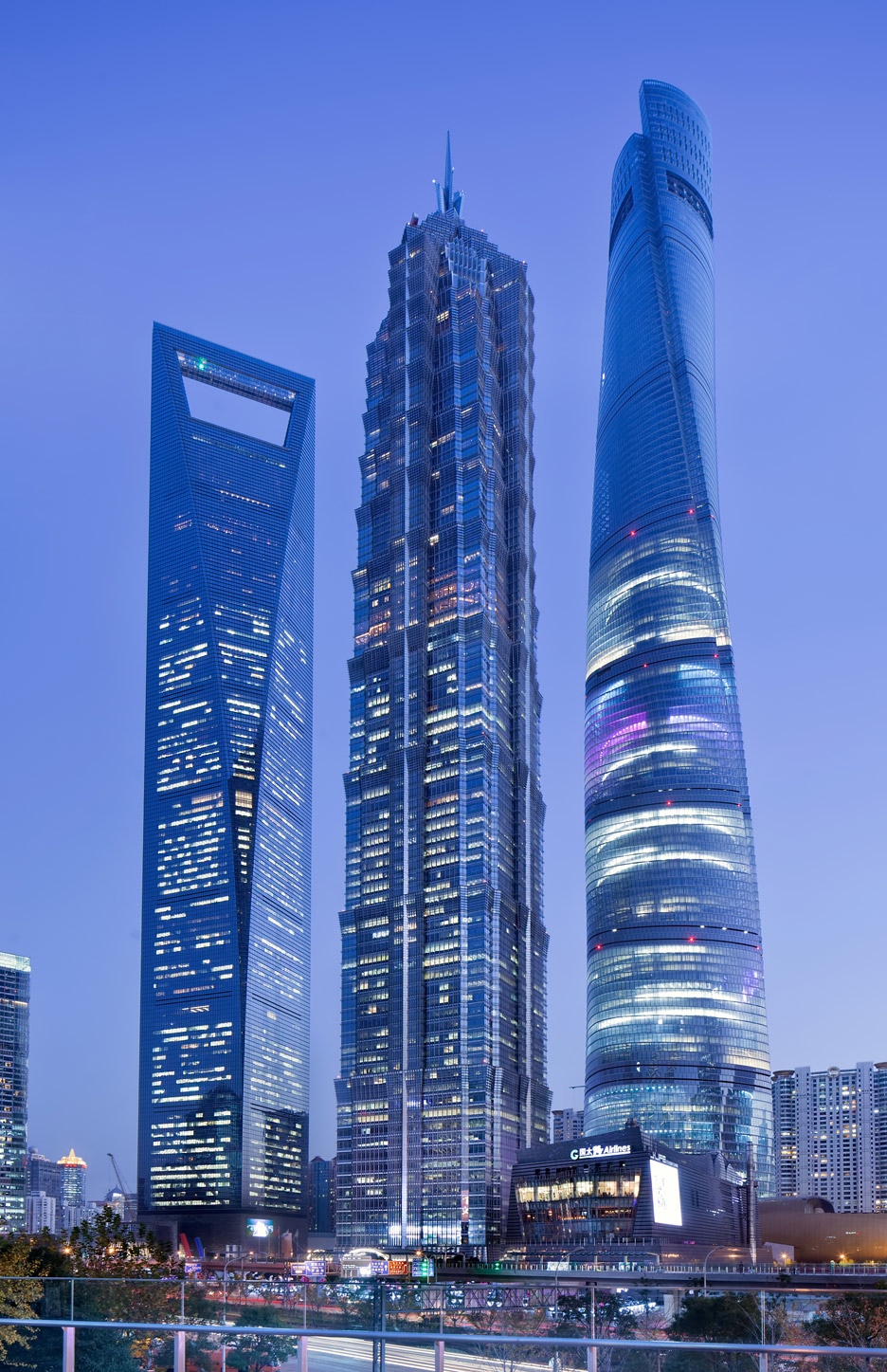 Architecture firm Gensler has completed its Shanghai Tower, which is now China’s tallest building and the second-tallest building in the world. Located in Shanghai’s burgeoning Lujiazui financial district, the 632-metre-high skyscraper is 31 metres taller than the previous title holder, the Makkah Royal Clock Tower in Mecca. The only taller building on the globe is the Burj Khalifa in More 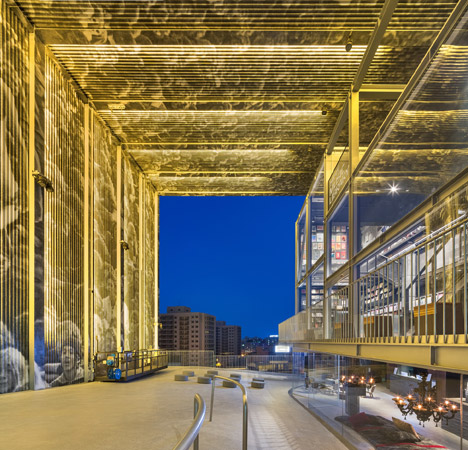 A double-height space filled with rare vinyl records and magazines is the centrepiece of this music library and venue in Seoul, which was commissioned by credit card company Hyundai Card as a free space for its members (+ slideshow). The Hyundai Card Music Library was designed by architect Choi Moon-kyu of Seoul office Ga.A Architects, and the […]

The post Hyundai Card Music Library by Choi Moon-kyu is a lending library for vinyl records appeared first on Dezeen. 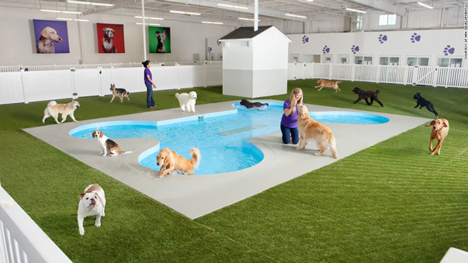 Gensler has designed a terminal for animals that will contain a “pet resort” offering lodging and spa services at New York’s JFK airport (+ slideshow). Named The ARK at JFK, the building designed by international architecture firm Gensler will be constructed on a 14-acre (5.6 hectare) site at John F Kennedy International Airport in New York. […] 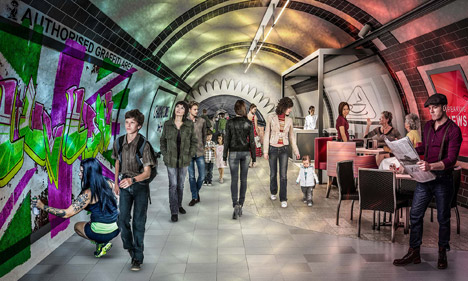 News: architecture firm Gensler wants to repurpose London’s abandoned tube tunnels to create a subterranean network of pathways that generate electricity as people walk and cycle through them. The proposal – named the London Underline, in a kind of mash-up between the London Underground rail network and New York’s popular High Line park – suggests that the city’s disused […]
The post London’s derelict tube tunnels reimagined as a pedestrian and cycle network appeared first on Dezeen.