Dutch firm OMA has revealed its design for a six-sided courthouse in Lille, France, which will features sheer facades of coloured glass. Commissioned by the Ministry of Justice, the Palais de Justice will play host to Lille’s high and district courts. It will be situated west of the city centre, a short distance from a historic fortress.

Architecture studio LT2A has added a brick extension to a school near Lille, featuring an entrance sheltered by an anodised-aluminium canopy, and circular windows that provide glimpses of courtyard gardens. Located southwest of the city in the suburb of Loos, the old school is set among large blocks of social housing that were erected in the 1970s. The 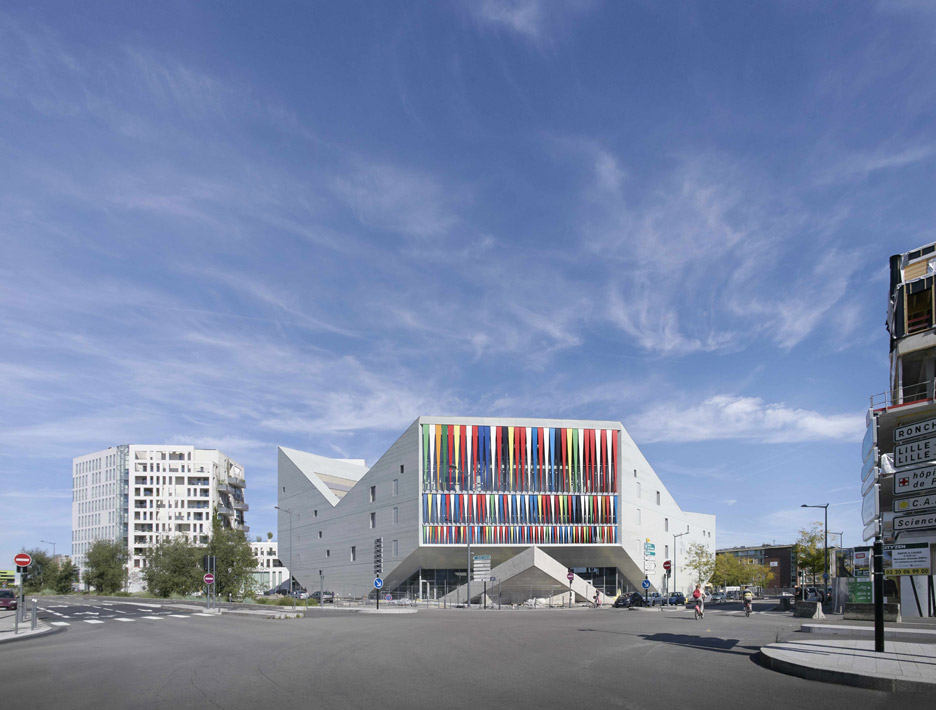 Brightly coloured stripes cover one face of this bulky concrete community complex in Lille, which was designed by architect Julien De Smedt to host facilities for the “three ages of mankind” (+ slideshow). Euralille Youth Center sits on a triangular site in the city’s Porte de Valenciennes district. Its three corners accommodate a 70-cradle nursery, 200-bed youth hostel and community offices, while a triangular courtyard is located […]