A colonnade, a group of light wells and perforated brickwork allow light and air to reach the prayer hall of this mosque in Dhaka, which is one of winners of the Aga Khan Award for Architecture 2016. Bait Ur Rouf Mosque was designed by local architect Marina Tabassum for a site in a densely populated neighbourhood of the

The post Daylight filters in through the roof and walls of Bangladeshi mosque by Marina Tabassum appeared first on Dezeen. A+Awards: this community centre and mosque in Tehran by Kalout Architecture Studio, which won a 2016 Architizer A+Award, is designed to look like linking hands. The Imam Reza Cultural and Religious Complex is located in the cultural district of the Iranian capital, which has seen a recent boom in contemporary architecture thanks to the lifting 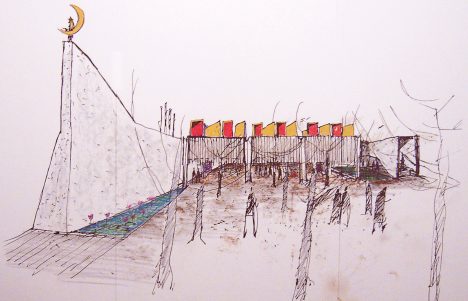 Pritzker Prize-winning Australian architect Glenn Murcutt has revealed new images of his first mosque in Melbourne, showing a roof covered in rows of dramatic lantern-like skylights (+ slideshow). Murcutt has worked on the design for the Australian Islamic Centre for over 10 years, collaborating with architect Hakan Elevli of Melbourne practice Elevli Plus. When the building completes in late 2016, it will provide More John McAslan + Partners is developing new designs for the huge Baitul Futuh Mosque complex in south London, which was damaged by a fire last year. The London studio, led by Scottish architect John McAslan, will completely overhaul the 21,000 square-metre mosque complex in Morden – one of the biggest mosques in Europe. The firm will redesign key areas More Today is the beginning of Eid al-Fitr, a holiday marking the end of the month-long Ramadan fasting period for Muslims. To celebrate, we’re revisiting some of the best contemporary mosque designs from around the world, including Emre Arolat’s “cave-like” prayer hall near Istanbul and Amanda Levete’s proposal for the World Trade Center Abu Dhabi development More 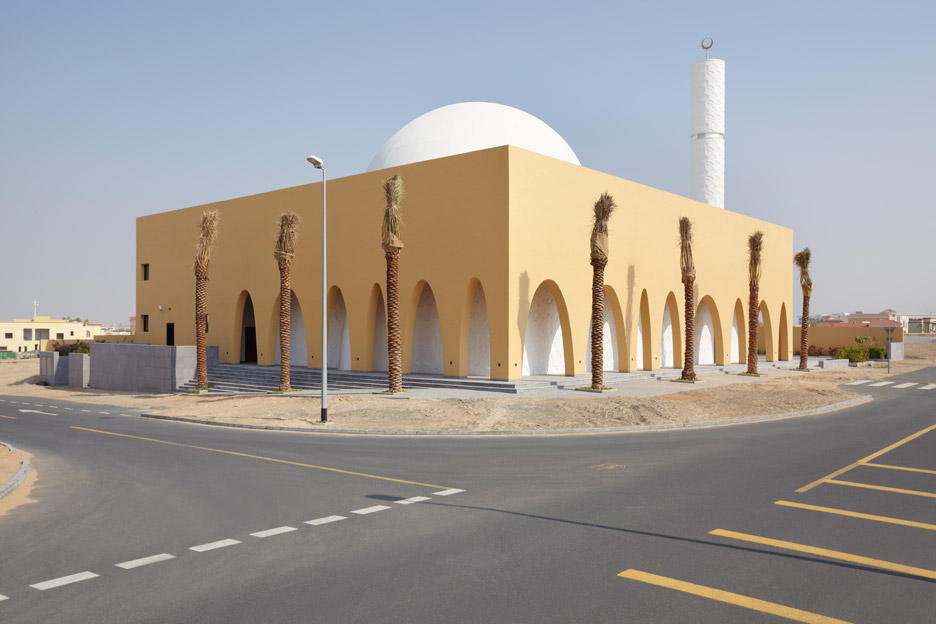 Arched openings in the sandstone facade of this Dubai mosque by Ibda Design lead worshippers into a bright marble courtyard with a textured minaret (+ slideshow). The architects used Saudi sandstone for the outer walls of the mosque, which is located in the famously sandy United Arab Emirates city. The aim was for the building to look like an extension More Amanda Levete’s London studio AL_A has won an invited competition to create a mosque as part of the Foster + Partners-designed World Trade Center Abu Dhabi development. The 2,000-square-metre mosque space is envisaged as a retreat from the steel and glass of the rest of the World Trade Center complex at Al Raha Beach marina. More Chicago Architecture Biennial 2015: An installation by the German firm Kuehn Malvezzi portrays its design for a religious building in Berlin that would contain a synagogue, church and mosque – all under one roof. The House of One would serve as a place of prayer and learning for Jews, Christians, and Muslims, as well as […]

The post Kuehn Malvezzi’s House of One installation represents a house of prayer for three religions appeared first on Dezeen. Singapore studio Formwerkz Architects took references from traditional Islamic design to create the intricately patterned and moulded surfaces of this mosque (+ slideshow). The Al-Islah Mosque by Formwerkz Architects caters for the Muslim population of Punggol, a densely populated neighbourhood in north-east Singapore. The area is currently undergoing significant redevelopment, with the Singapore Institute of Technology due to relocate to a new campus near a waterfront […] 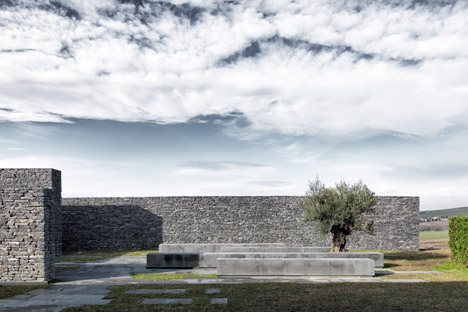 This mosque near Istanbul by Emre Arolat Architects, which features cast concrete walls and a “cave-like” prayer hall, has been shortlisted for this year’s Design of the Year award (+ slideshow). Turkish firm Emre Arolat Architects used a combination of light grey stone and reinforced concrete to construct the Sancaklar Mosque, which is set into a plaza made up of shallow terraced […]

Danish studio Henning Larsen Architects has unveiled plans for a new mosque and Islamic community centre in Denmark’s capital city. The Islamic Community Centre and Mosque by Henning Larsen Architects will be built in Dortheavej, an area in northern Copenhagen. The 2,890-square-metre building, which will feature a series of interlocking domes, was commissioned by The Islamic Society of Denmark. […]