An abandoned and bat-infested 18th century prison in Cornwall, England, is being turned into a hotel and tourist attraction by Twelve Architects. The London-based studio was commissioned by Interstate Europe Hotels to transform Bodmin Jail into destination accommodation, and to re-home the bats that have been roosting in its ruined walls in a bespoke bat-house.

The post Twelve Architects to turn the ruins of Bodmin Jail into a hotel appeared first on Dezeen.

Dezeen promotion: students at the Southern California Institute of Architecture have suggested ways to transform a former jail in Los Angeles, including a park controlled by artificial intelligence and building models designed by 3D printers. The schemes were designed by the first graduates of LA-based SCI-Arc’s Master of Science in Architectural Technologies – a one-year-long postgraduate

This detention centre for minors in Marseilles offers an alternative to oppressive prison architecture through its muted material palette of natural stone and board-marked concrete. Nice-based architecture office Combas was responsible for designing the facility in the Chutes Lavie neighbourhood of Marseille’s 13th arrondissement. The studio was selected for the project following a competition organised 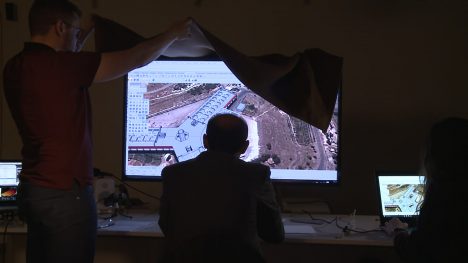 Forensic Architecture has created an interactive model of a notorious torture prison in Syria, using the eye- and ear-witness accounts of survivors (+ movie). Forensic Architecture, a research group based at Goldsmiths University in London, produced the interactive model of the prison for the human rights organisation Amnesty International. The project, named Saydnaya: Inside a Syrian Torture Prison ,aims to More 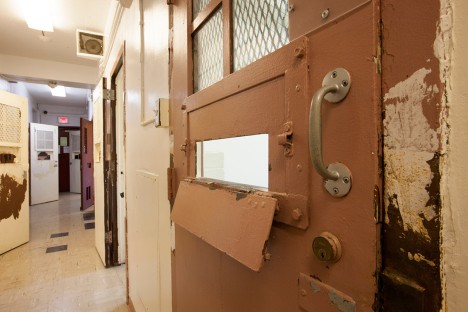 New York firm Deborah Berke Partners has won a competition to transform a correctional facility into a permanent home for the girls’ and women’s rights movement in the city. The studio founded by Berke – the current dean of Yale School of Architecture – triumphed in the international competition to redesign the former Bayview Correctional Facility More

Opinion: controversial computer game Prison Architect offers a grim lesson for real-world architects, whose good intentions often count for nothing, says Will Wiles. At the beginning of this year, the American Institute of Architects rejected a petition calling for it to censure architects who designed solitary confinement cells and death chambers for American prisons. The petition, which attracted […]

The post “Prison Architect is a graveyard for the utopian spirit where noble ambitions go to die” appeared first on Dezeen.