Dominique Coulon & Associés has completed a sports centre for a school in Strasbourg, featuring a pair of double-height halls that project upwards from a concrete-and-glass base. Dominique Coulon’s practice designed the building for a school created for the children of the international civil servants who work at the nearby European Parliament and European Court of 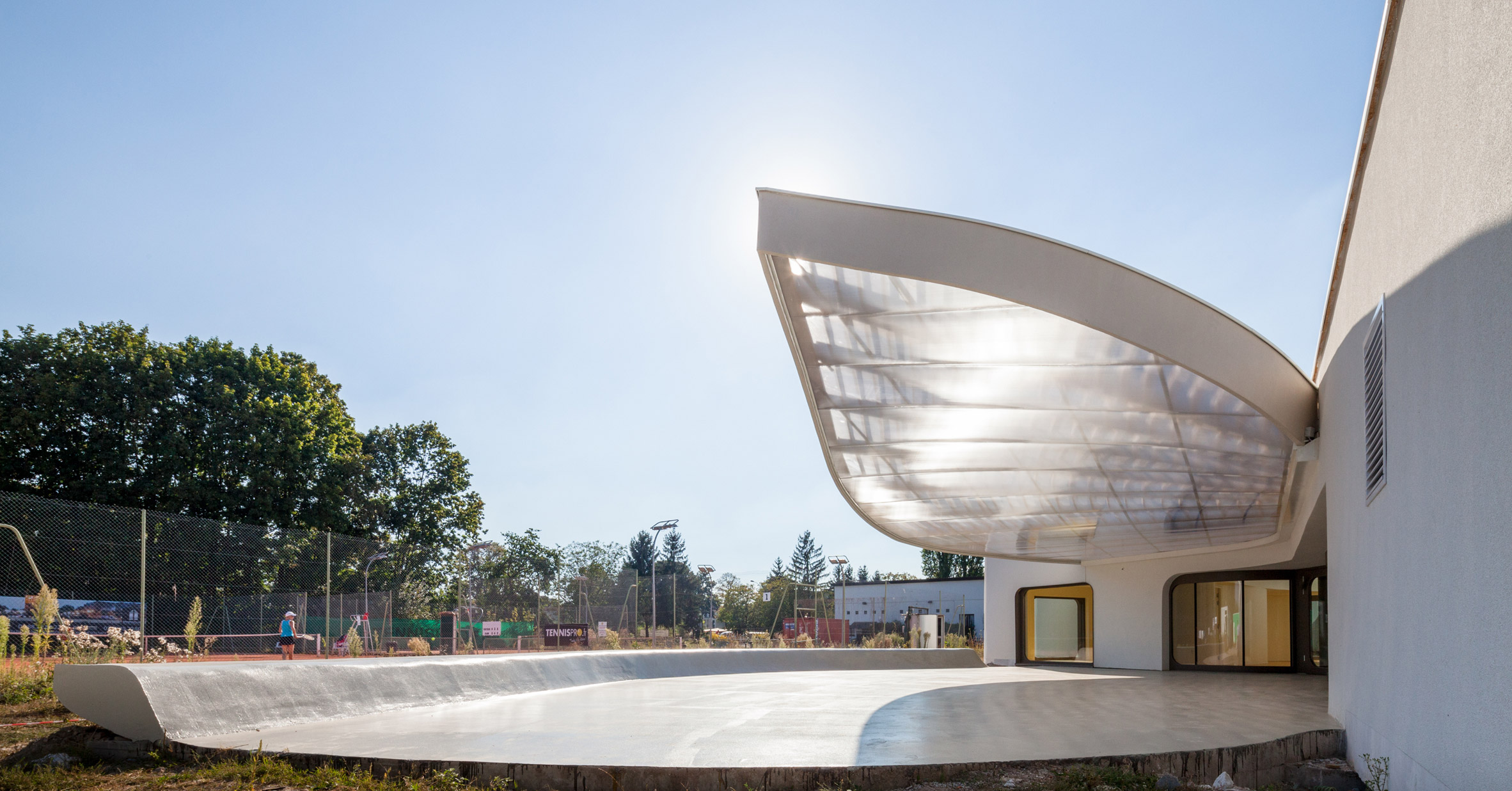 The flight path of a tennis ball informed the curving interior of this clubhouse in Strasbourg, which features dome-like skylights, a serpentine bar and brightly coloured floors. Local architects Paul Le Quernec rebuilt the centre to include a series of swooping forms that reference the movement of a tennis ball. This resulted in a central pathway that curves around volumes with rounded walls. The Tennis Club includes

French architecture studio Urbane Kultur has refurbished and extended this dome-shaped swimming pool just outside Strasbourg, which is one of nearly 200 built around France in the 1970s (+ slideshow). The Tournesol swimming pool was built in 1975 in Lingolsheim, just outside Strasbourg, but suffered from poor insulation and a cramped layout, with changing rooms around […]