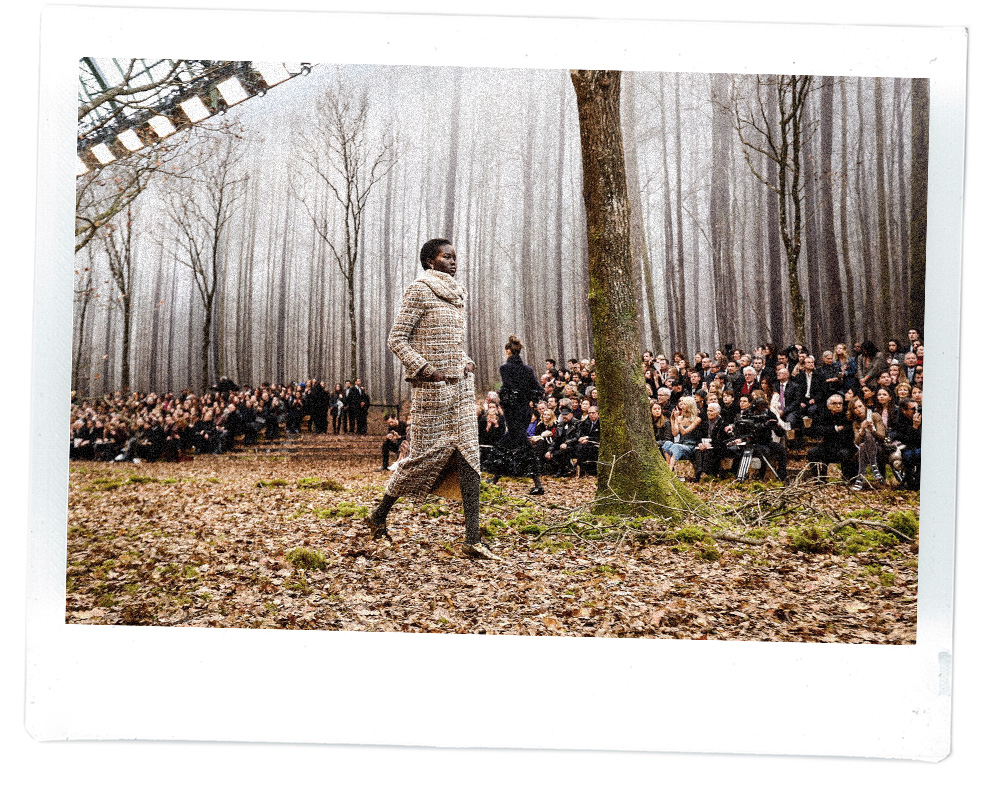 
There was something magic in the air this season at the Chanel Fall 2018 Ready To Wear show.  As you walked into the Grand Palais you were greeted by an eerie and beautiful enchanted forest, it something similar to from a Brothers Grimm children book.  Nine incredibly haunting trees stood centre stage, free of their leaves which litter the ground.
At either end of the runway humungous mirrors reflected back the forest to the audience, giving a feeling that you were deep in the middle of nowhere, no mean feat considering we were literally in the middle of Paris.  As the models began down the runway, small leaves flicked up beneath their copper lame boots.
It may not come as a surprise that Mr Karl Lagerfeld himself has been quoted as saying  “Autumn was always my favourite season.”  The colour palette was autumnal with textures adding to the story telling.  Oversized coats in oatmeal boucle, woollen tweed suiting and burnished metallic trousers were just some of my highlights.

An overlaying leaf print was also a highlight, coats finished off in the print were teamed with lame gloves and lashings of gold necklaces.   Thank you Mr Lagerfeld for reminding us that summer can be a little overrated..  bring on Autumn I say.