Charles Cunniffe spruces up treehouse in Aspen with local assistance

A dilapidated treehouse in Aspen has been rebuilt using vertical wooden slats and translucent panels by local firm Charles Cunniffe Architects, with plenty of help from the community.

After years of weathering and disrepair, the two-storey timber viewing platform was revamped by Charles Cunniffe Architects (CCA), after the studio offered to redesign it as part of a charity auction for the Buddy Program.

A local resident with the highest bid donated the project to the Aspen Center for Environmental Studies (ACES) – a non-profit environmental science education organisation – which helped with the overhaul.

CCA then convinced local businesses Hansen Construction, LGM, Sopris Engineering and Valley Lumber to donate time and materials, and spent a year working pro-bono on the design before it received approval from the City of Aspen.

“This was a true community-based project that each firm involved was happy to support,” said CCA.

Sections of transparent polycarbonate panels form the sides of a staircase connected the levels, which offer views across the wooded site.

“Utilising the existing four pillars, the goal of the design was to create different stations to enjoy the various aspects of the ecology,” said the firm.

At ground level is a large deck for observing and resting. The space is shaded by the timber half-walls, which are attached from the ceiling’s perimeter. Protected by these panels and the deck above, the lower storey is designed as a place of refuge during inclement weather.

The upper level forms an observation platform for watching birds, deer, foxes and bears, as well as ACE’s resident golden eagle, great horned owl and red-tailed hawk. The space is wrapped in timber slats that are cut to have different jagged outlines.

“Vertical elements in the Cottonwood bark were the colour and orientation inspiration,” the firm said.

The use of local materials was important, as they help the structure to blend into its environment and ensure an eco-friendly approach that aligns with ACES’ preservation efforts.

The treehouse is located on the organisation’s 25-acre (10-hectare) nature preserve in Aspen — a ski resort town in Colorado known as a destination for outdoor activities. The site includes various woodland, meadow, pond and marsh habitats, and the unit itself is along a half-mile nature trail next to the Roaring Fork River.

Elsewhere in the world, pavilions designed for nature watching include an enclosure built around a pine tree in Jerusalem and a timber unit for a home in Portugal.

Photography is by Ross Kribbs.

The post Charles Cunniffe spruces up treehouse in Aspen with local assistance appeared first on Dezeen. 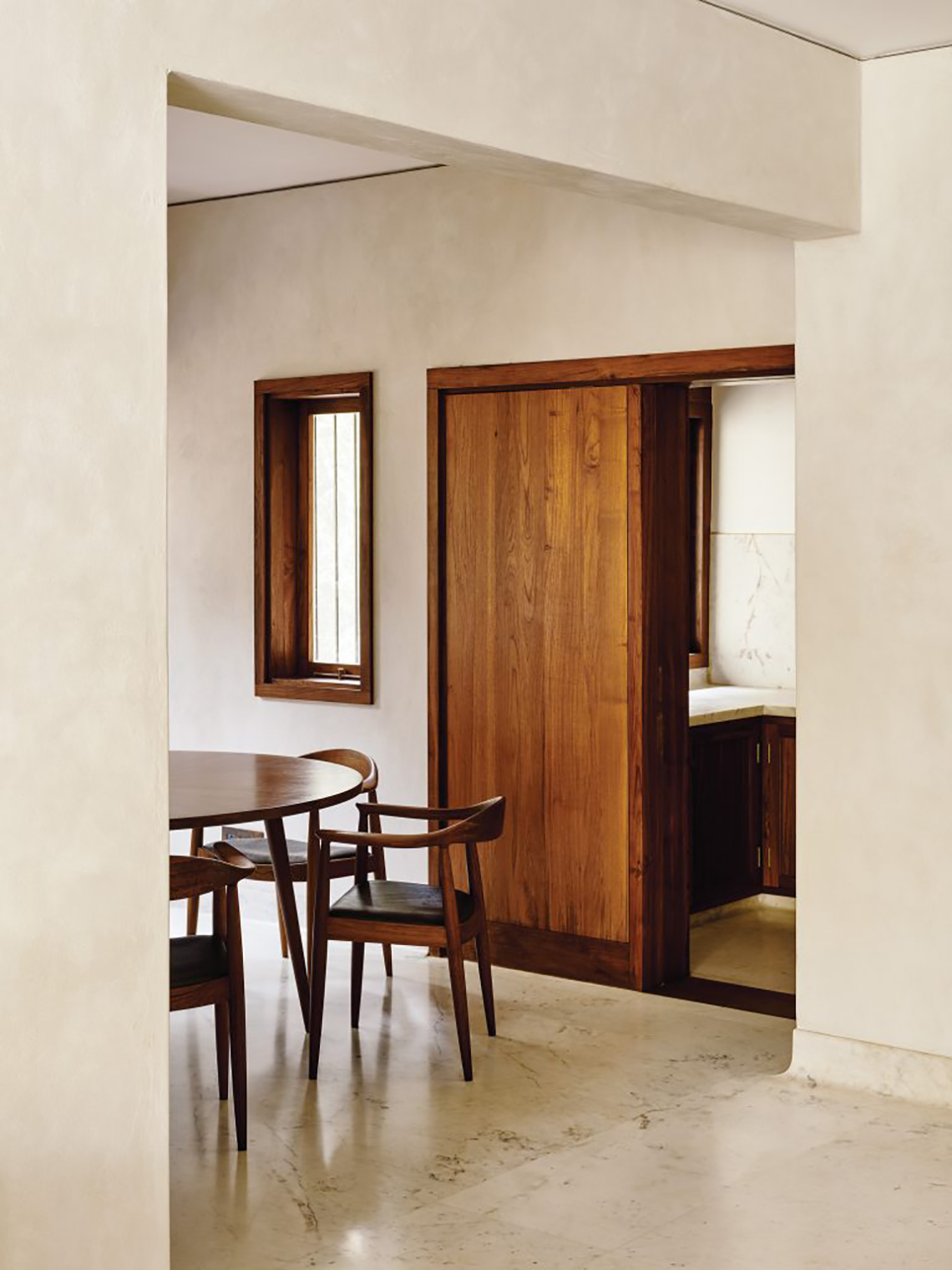