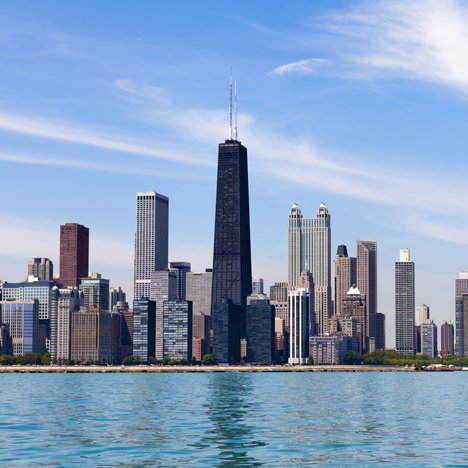 The Chicago Architecture Center will take over a space inside a riverfront building by modernist architect Ludwig Mies van der Rohe, which will be designed by US firm Adrian Smith + Gordon Gill and is set to open summer 2018.

The newly created centre will occupy the lower levels of 111 East Wacker Drive, which was designed by Mies van der Rohe and completed by his local architecture firm after his death. The steel and glass tower, also known as One Illinois Center, faces the Chicago River and will provide a set-off point for the foundation’s architectural river tours.

     ”Architecturally the building is a gem,” said Gordon. “The design will create a dynamic and elegant space.”

The firm hopes that CAC will become a destination for “discovering Chicago’s architectural legacy and its role in shaping cities everywhere” — as the Midwest city is the birthplace of the skyscraper.

A 26-foot-high (eight-metre) exhibition space called the Skyscraper Gallery will overlook the river and Michigan Avenue Bridge, and form the centrepiece of the building.

The space will feature a permanent exhibit, Tall Buildings and Innovation, recounting the stories of famous skyscrapers in the city and around the world, and show how architects continue to innovate and build even taller skyscrapers.

To develop the exhibitions, AS+GG is collaborating with New York firm Local Projects, which previously worked on the the National September 11 Memorial inside the Snøhetta-designed museum and the Cleveland Museum of Art.

Upon entering, visitors will be greeted at an orientation centre on the ground level, before taking a guided tour of the exhibition spaces.

Two interactive exhibits will be installed at the CAC: the Chicago City Model Experience will tell the story of the city; City of Neighborhoods will provide information about its different areas.       The new centre will also house lecture halls, design studios and a retail store.

Chicago Architecture Biennial 2017 opens to the public 16 September, and runs until 7 January 2018.