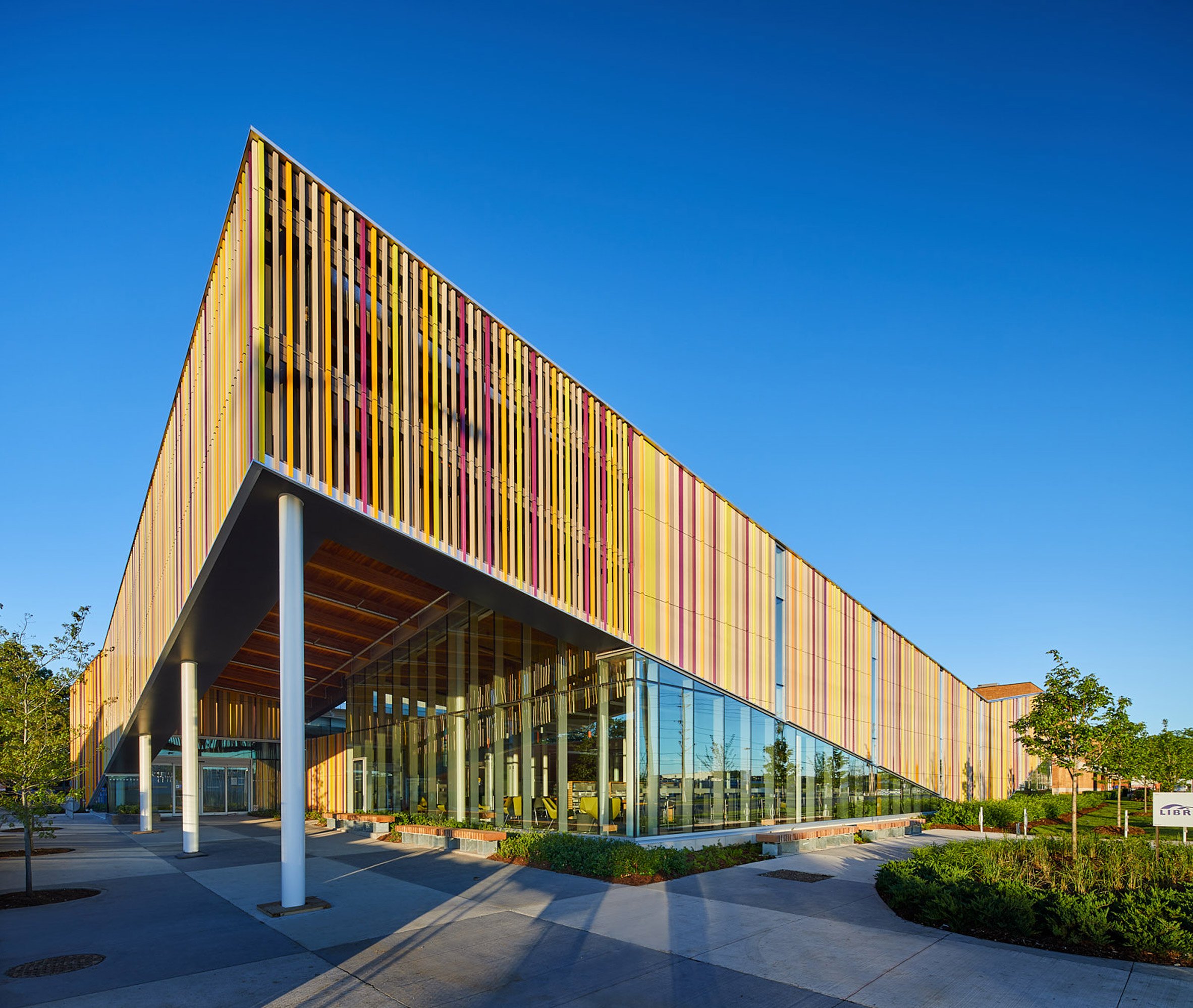 Multi-coloured bars form the facades of this district library in a Toronto suburb by architecture firm Perkins+Will, which features community areas for new Canadians.

The Albion Library is located in the Rexdale neighbourhood to the north-west of the city, where the population is predominantly immigrants, minorities, and low-income residents.

“The Albion District Library is one of the most well used of all the Toronto Public Libraries and serves a diverse neighbourhood population,” said Perkins+Will.

Due to its popularity, the original branch was left open during the construction of the new facility, which was built on the adjacent underused parking lot. The old site is earmarked as a new provision for parking  but with landscaping and a market square.

The replacement library building features slatted facades made up of thin terracotta tiles in grey, chartreuse, orange and fuchsia. These panels lift up at the structure’s corners to make way for glazed openings and a recessed entrance.

At the centre is an atrium, allowing more light into the building and opening views of the sky into the core where a pod of computers are located.

Three walled-in courtyards serve as other focal points, providing places for readers to concentrate, and relax.

At the back is a generous children’s area and a computer learning centre, while a “digital innovation and maker space” is equipped with a 3D printer.

For the interior design, chairs provide pops of purple, lime and orange. Red and purple rope lights hang from the ceiling, which is covered in wood paneling. Charcoal grey carpeting and sections of wood alternate across the floor.

Sustainability is integral to the library’s design. The structure has “a sloping green roof [that] will guide rainwater into the adjacent courtyards”, said the firm.

“The building houses a wide range of services that go beyond traditional book lending to include cultural orientation, social integration, employment skills, and access to technology and knowledge,” the team added.

Wider interventions across the site include improved, well-lit pedestrian access and a community garden to encourage neighbours to interact.