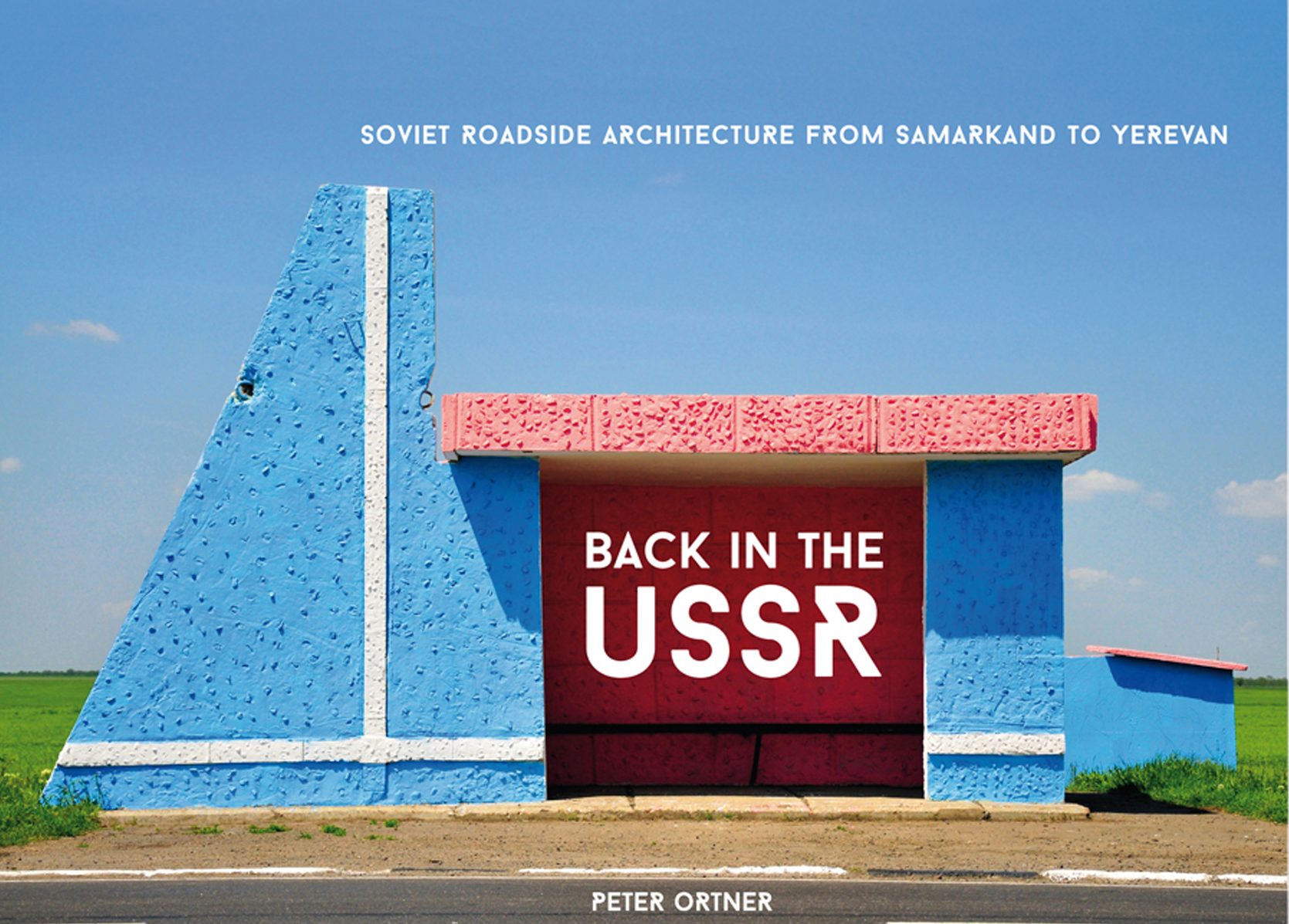 Dezeen is giving away three copies of a book documenting 500 unusual bus stops across the former Soviet countries, including Uzbekistan, Azerbaijan, Ukraine and Georgia.

Back in the USSR is by German photographer Peter Ortner, who captured bus shelters in a variety of shapes, colours and materials on a seven-year journey across the globe.

“At first I only perceived the bus stops as singular phenomena, but I soon came to recognise that the potential of these buildings could only unfold through juxtaposition and comparison,” he said.

The bus stops offered Soviet architects in the 20th century an opportunity to experiment, free from the pressures of Moscow, and to contrast with the typical architecture of this period.

“These buildings were therefore also, in their own way, an omnipresent means of propaganda and a political architecture,” said Ortner.

An introduction written in both German and English describes Ortner’s journey from east to west, starting along the Silk Road in Asia and ending in Europe’s second-longest river – the Danube – in Moldova. This is followed by a set of bus stops photographed across the various locations.

The bus stops featured include mosaic structures in the Crimean Peninsula, a blue striped pavilion in Uzbekistan and a bus stop in Armenia that sits against a backdrop of a lake, which can be seen through a wide stretch of window.

“The bus stops, of which only a small selection can be seen here, only ever presented themselves to me subjectively. This work will never end. It is an interminable process,” said the photographer.

Three readers will each win a copy of the book, published by Jovis, but it can also be also be purchased online for €18.

The post Competition: win a book documenting the unusual bus stops of the former Soviet Union appeared first on Dezeen.