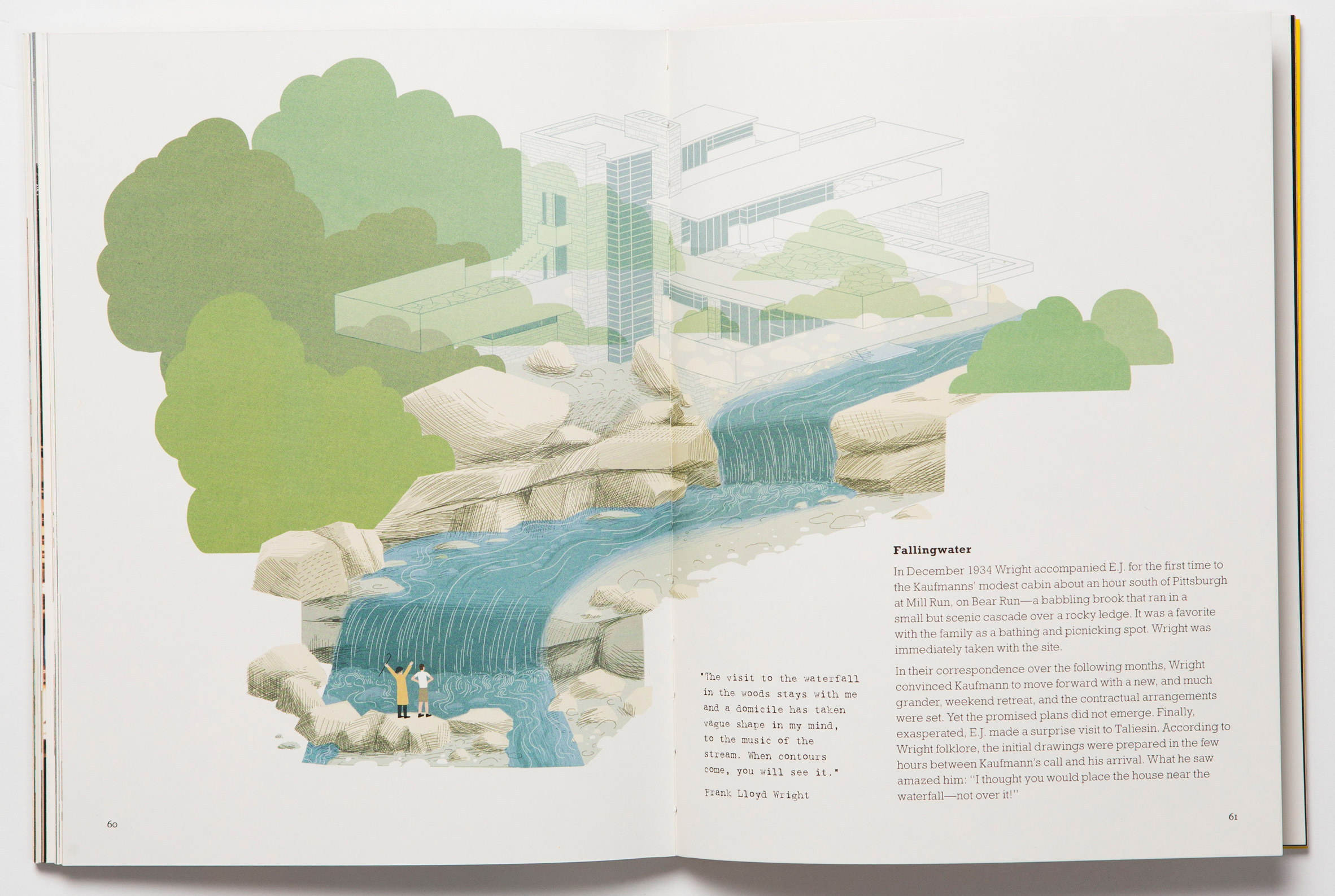 Dezeen has teamed up with Laurence King Publishing to give away five copies of This is Frank Lloyd Wright, an illustrated biography of one of the world’s most iconic architects.

Recently named as one of the top 10 architecture books of 2016, This is Frank Lloyd Wright by Ian Volner features 50 illustrations and stories about the life of the architect, from an early age to the end of his career.

Photographs and illustrations by Michael Kirkham showcase some of Wright’s most well-known buildings, including Fallingwater and New York’s Guggenheim Museum.

“Frank Lloyd Wright wasn’t just an architect. He was a prophet, a poseur, a beloved teacher, a failed businessman,” said the publisher.

“This is series will give readers an up-close look at Wright’s progress from difficult childhood, to struggling apprenticeship, to early success, through mid-life setbacks and on to late-life comeback.”

Wright is considered one of the 20th century’s most important architects, and an important precursor to the modernist movement.

Born in June 1867 in Wisconsin, he started out working under architects Joseph Lyman Silsbee then Louis Sullivan in Chicago, before establishing his own practice in the city in 1893.

Wright went on to lead the Prairie School movement, which straddled the turn of the 20th century and was prolific in the American Midwest.

It was characterised by low, horizontal roof lines and overhanging eaves – designed in response to the area’s flat landscape. Last year, 10 of his buildings were nominated for UNESCO’s World Heritage List.

Next year, New York’s Museum of Modern Art will host a major exhibition of the architect’s work by to coincide with what would have been his 150th birthday.

Five readers will each win a copy of This is Frank Lloyd Wright, which is also available to purchase online from Laurence King Publishing for £9.95.

Competition closes 3 January 2017. Winners will be selected at random and notified by email, and their names will be published at the top of this page.