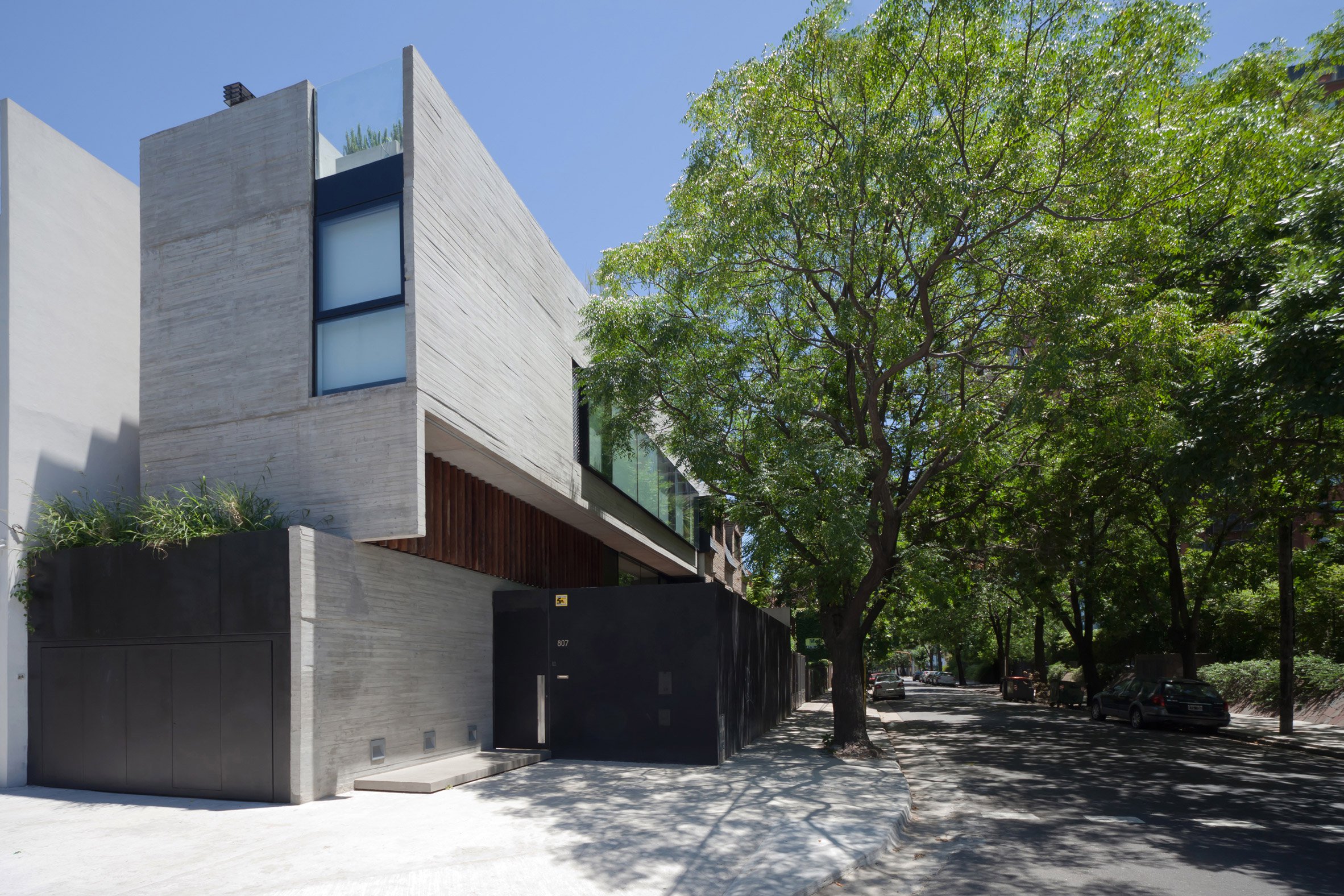 Houses in the Argentinian capital traditionally have a “horizontal progression of spaces that go from the most public areas to the most intimate spaces”, according to Dieguez Fridman co-founders Tristán Dieguez and Axel Fridman.

These homes are often called “casas chorizo”, or “sausage houses”. They typically have a courtyard on one side and all other rooms set out in a narrow, sausage-like row along the property line, giving all rooms access to the patio.

Due to the restrictive 147 square-metre plot they were working with for the Corner House, however, the architects’ aimed to change this horizontal arrangement into a vertical one, while still preserving the usual transition of the most public spaces to the more private ones, and including plenty of outdoor areas.

“The suburban house in a larger plot would have a front garden that separates the house from the street, an entrance hall, the public living/dining area, and a larger garden in the back, all on the ground floor,” the Buenos Aires-based architects told Dezeen.

Instead, the four-storey Corner House has an open-plan living area on the first floor, playroom in the basement, bedrooms on the second floor and roof terrace on top. The finished home is 238 square metres.

Rectangular concrete slabs form the exterior and interior walls of the structure. The doorway into the house blends into opaque black walls that extend from the side of the house, and immediately leads up to a patio on the first floor via a set of solid concrete stairs.

Below this lies the basement-like ground floor, which consists of a garage and a playroom that adjoins an outside garden area.

On the first floor, a glass wall with an inset door allows light into the interior, and separates the patio from the main open-plan living area, which further opens onto the dining area and kitchen.

With the second floor containing the three main bedrooms and several bathrooms, the vertical sequence then concludes with a rooftop terrace, complete with a swimming pool and barbecue area, intended to become the “centre of family life”.

“The design of the house organises in its sections a combination of terraces, a sunken courtyard, and split levels to provide luminosity and intimacy to all the house’s interior spaces,” said the duo.

“The concrete massing of the house is separated from the party wall, generating a gap that brings light into the living room and stairs,” they added. “Light flows through the open risers and bounces on the glass railings to generate dynamic effects that change throughout the day.”

Dieguez and Fridman founded their architecture and design firm in 2000, and have since completed various residential and commercial projects, also in Argentina.

Other recent residential projects in Buenos Aires include a house with textured concrete walls and lake views and a board-marked concrete holiday home overstepping a sand dune.